Synopsis: Ryan Reynolds and Jason Bateman star in The Change-Up, from director David Dobkin (Wedding Crashers), writers Jon Lucas & Scott Moore (The Hangover) and producer Neal Moritz (Fast & Furious, Click). The R-rated comedy takes the traditional body-switching movie, ties it up tightly and throws it off a cliff. Growing up together, Mitch (Reynolds) and Dave (Bateman) were inseparable best friends, but as the years have passed they’ve slowly drifted apart. While Dave is an overworked lawyer, husband and father of three, Mitch has remained a single, quasi-employed man-child who has never met a responsibility he liked. To Mitch, Dave has it all: beautiful wife Jamie (Leslie Mann), kids who adore him and a high-paying job at a prestigious law firm. To Dave, living Mitch’s stress free life without obligation or consequence would be a dream come true. Following a drunken night out together, Mitch and Dave’s worlds are turned upside down when they wake up in each other’s bodies and proceed to freak the &*#@ out. Despite the freedom from their normal routines and habits, the guys soon discover that each other’s lives are nowhere near as rosy as they once seemed. Further complicating matters are Dave’s sexy legal associate, Sabrina (Olivia Wilde), and Mitch’s estranged father (Alan Arkin). With time not on their side, Mitch and Dave comically struggle to avoid completely destroying each other’s lives before they can find a way to get their old ones back.

Body-swapping comedies are so 80s. But with The Change-Up, David Dobkin, director of the bloke hit The Wedding Crashers, puts a ribald spin to the genre. Those who can't stand scatological jokes and profanity ought to steer clear. Unless you're a Judd Apatow fan. Although in this movie, you should expect much less emotional poignancy.

It is refreshing to see Jason Bateman and Ryan Reynolds take on atypical roles. As the overachieving lawyer Dave with a stiff upper lip, Bateman steps into those loafers comfortably. Often typecasted as the jokester, he is now the model family man who works so hard till his wife, Jamie, feels neglected. On the other hand, Reynolds who mostly comes across as serious or amiable, gets to be the mildly offensive, profanity-spewing lothario, Mitch.

Dave and Mitch have diametrically-opposed characters and they play off each other very well. A hilarious encounter with a Roman statue by a fountain in the park, while they take a leak, allows them to magically swap bodies. Seeing them switch bodies to play opposite personalities and scramble (amusingly) to adapt to their new lives is central to the enjoyment of the movie. And through living each other's lives, they learn to improve themselves.

Dave enjoys independence and freedom from his stifling marriage, while in Mitch's body. At same time, getting jolted and turned off by Mitch's odd sexual partner, lewd profession and bizarre bedhopping antics. Meanwhile, Mitch gets to clean up his bawdiness and straighten up his waywardness while taking on the responsibilities of married life's daily grind, which includes changing the soiled diapers of two impish toddlers.

While the movie adopts the predictable narrative of flawed characters being transformed for the better, the journey is fun and occasionally goes apeshit. So check your brains at the cinema door and just go with the absurdism. 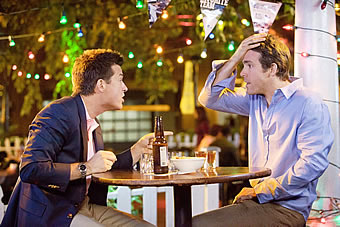 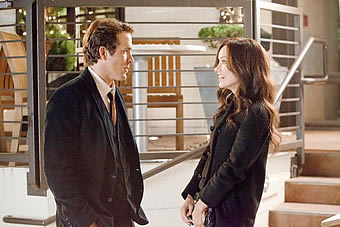 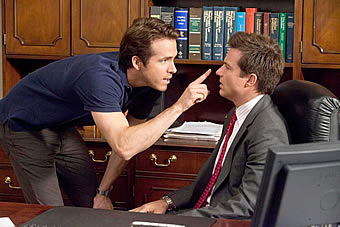 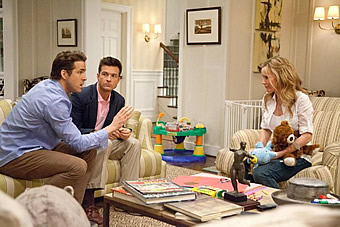 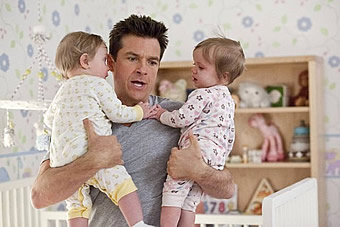 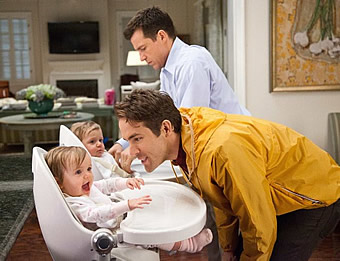