Synopsis: When it comes to relationships, we're all beginners. From writer/director Mike Mills comes Beginners , a comedy/drama about how deeply funny and transformative life can be, even at its most serious moments. Beginners imaginatively explores the hilarity, confusion, and surprises of love through the evolving consciousness of Oliver (Golden Globe Award nominee Ewan McGregor). Oliver meets the irreverent and unpredictable Anna (Mélanie Laurent of Inglourious Basterds ) only months after his father Hal Fields (Academy Award nominee Christopher Plummer) has passed away. This new love floods Oliver with memories of his father, who, following the death of his wife of 45 years, came out of the closet at age 75 to live a full, energized, and wonderfully tumultuous gay life At once deeply personal and universal, Beginners was inspired by Mike Mills' own father and is meant in turn to inspire everyone weighing their chances and choices in life and love.

In its series of intertwining, cross-generational stories between fathers and sons, "Beginners" achieves a striking tone in its trenchant melancholia and stirring uplift. There's more than a sense that the film's writer and director Mike Mills pulls more than just the details and premise from his life to create the carefully constructed screenplay but an actual essence of his rediscovered identity. He brings to this an unguarded and acute emotion, which, again and again, turns the quirky and the goofy into something quite surprisingly beautiful.

Though largely fictionalised, Mills based this film on his father's story of coming out late in his life and the existential impact it had on his life. His surrogate here is Oliver, played by Ewan McGregor. He with the soft eyes and winsome smile, both charmingly utilised here by Mills. Shortly after his father's death, Oliver meets Anna (Mélanie Laurent), a beautiful actress at costume party. They have a meet-cute involving a notebook and laryngitis -- just as they tend to happen. A promising relationship begins to blossom, and then falter -- again, just as they tend to happen. Mills weaves in two other flashbacks into this narrative, deftly forming a portrait of the memories that bind us to our inner natures and to the way we perceive the world and our relationships.

In the film's hazy shots and oneiric complexion, we are put squarely in the mindscape of Oliver's inquiring spirit. One of the flashbacks involves Oliver's septuagenarian father Hal, indelibly played by a magnificent Christopher Plummer. Just after losing his mother six months ago, Oliver know learns that Hal is diagnosed with cancer. And that his father has also decided to announce that he's gay and that he's known for years but had came to an arrangement with his mother during their marriage. The other flashback involves Oliver's childhood, which opens a window into his parents' marriage, forcing Oliver into reconsidering the many aspects of marriage and relationships as well as navigating through the myriad of contradictions inherent in our notions of happiness and love. This is Mill's celluloid therapy of his emotional dislocation and he opens up the wounds for the world to see.

At the heart of this film's gentle rumination is a tender space inhabited by the newly aligned relationship between Hal and Oliver. A sense of the inevitable is laden within the scenes the characters share. The film never makes Hal's mortality a secret. When we are in the present with Oliver, we see him cope with the grief of losing his father as his memories -- these fragments of lives once lived -- informs his outlook on the different aspects of his life. It's a common subject brought to new levels of sincerity and importance because of the deeply felt and recognisable humanity. Just as the title suggests, a beginning opens up with Anna but Oliver only knows to recognise it with Hal's own late blossom into a new life with his May-December romance with a new man (Goran Visnjic).

Mills has found a sweet spot of autobiographical catharsis that is never banal and never manipulating but instead heartfelt and serenely humourous. It uncovers the truths of the human paradox and how these mysteries when fully cognitive, tends to tie into a world around it as it precedes and predates other facets. "Beginners" contextualises and eases through the functions of lessons learnt and imparts wisdom -- a revelation of ourselves and the people around us as we examine our memories through the filter of our continuum of experiences in the grief of loss and the joy of rediscovering. COMING SOON

(One of the best films of the year) 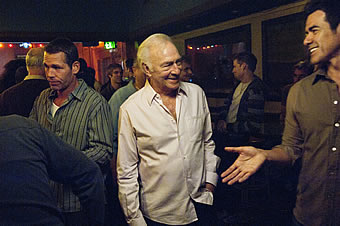 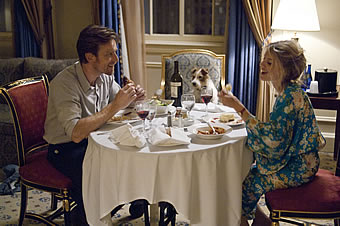 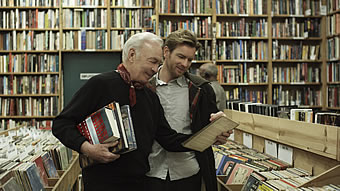 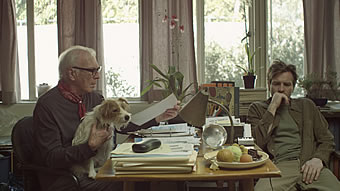 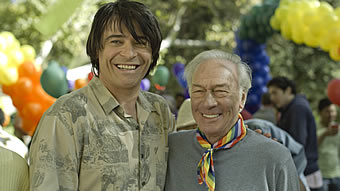 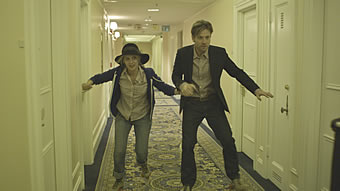 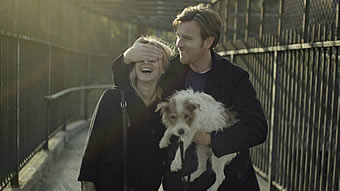