Synopsis: Biutiful is a love story between a father and his children. This is the journey of Uxbal, a conflicted man who struggles to reconcile fatherhood, love, spirituality, crime, guilt and mortality amidst the dangerous underworld of modern Barcelona. His livelihood is earned out of bounds, his sacrifices for his children know no bounds. Like life itself, this is a circular tale that ends where it begins. As fate encircles him and thresholds are crossed, a dim, redemptive road brightens, illuminating the inheritances bestowed from father to child, and the paternal guiding hand that navigates life's corridors, whether bright, bad - or biutiful.

If there’s one thing we cannot put a finger on, it’s this thing called life.

Sure, all of us have had some experiences in life, and if we put them together in a vault of some kind, we are pretty sure that each of us can have some sort of enlightenment learning about others’ life stories. Grim or beautiful, life is only as depressing or happy as we let it be. In other words, it’s all about a choice to dwell on the negatives and ignore the positives. And that is why, while many others will probably see this Alejandro Gonzalez Inarritu directed film indulging in the ugly and gloomy side of life, we chose to see illumination at the film’s 148th minute.

While it is rare that we are tolerant of any movie with a runtime more than two hours these days, this two and a half hour drama is one highly recommended piece of work which we believe should be experienced to learn about the undemanding yet thoughtful beauty we can find in life.

Mexican director Inarritu directs Oscar winning actor Javier Bardem (No Country for Old Men) in this tale where a cancer ridden father has to deal with fatherhood, love, crime, guilt and morality before he dies. What makes things a little more straining is the complicated and dangerous underworld of Barcelona.

Essentially, this is a story about what each and every one of us is going through – the struggles to find reconciliation. Of course, people have diverse backgrounds and different individual issues to deal with – but there is something universal about this quest to find balance. With this well made film comes reflection and hopefully, resolution which will make our lives more worthy.

Bardem gives the performance of his lifetime as Uxbal, a man whose days are ending, but continues to fight time to make things right. This is no doubt one of the most well written characters we have seen in cinema in recent times, a protagonist who finds peace amidst the muddling disorders of life. Bardem’s disheveled look and the weary eyes serve him well, as we empathise with Uxbal’s journey through the last days of his life, as he continually gets weighed down by unforeseen circumstances and dismal incidents. However, there is also this glimpse of hope which keeps Uxbal, as well as the viewers, going. And it is probably this masterful portrayal of a conflicted man which earned the Spaniard a Best Actor nomination at the 83rd Academy Awards. The Cannes jury has already recognised his work on the film at last year’s Cannes Film Festival.

He is joined by a capable cast including Dianna Agron, Timothy Olyphant, Teresa Palmer, who are largely unknown faces in our regions.

Inarritu returns to the limelight with a Best Foreign Language Film nomination at this year’s Oscars. This is the Mexican filmmaker’s fourth feature film, after 2006’s Babel. Those who are familiar with his works (2000’s Amores perros, 2003’s 21 Grams) will realise that there is always a rough and grimy undertone in his films. Handheld camera shots accentuate the city’s underbelly, and the lush but mucky urban colours heighten the viewer’s experience. Watch out for a few surrealistically shot scenes which are peculiarly serene.

The auteur’s latest work also marks a departure with his scriptwriter Guillermo Arriaga after a fall out in 2006. The result is a film which elevates itself when compared to the previous three films. There is an unfathomable energy which brings about enlightenment. As the film ends with a calming white backdrop of snow, you also realise there is hope to be discovered in the disarray and chaos all around us. 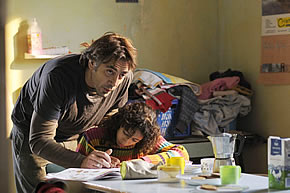 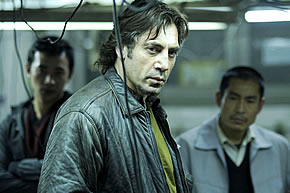 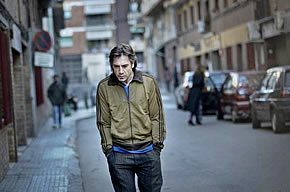