Synopsis: A single mother, plagued by the violent death of her husband, battles with her son's fear of a monster lurking in the house, but soon discovers a sinister presence all around her.

The Babadook is an Australian horror film that showed at the 2014 Sundance Film Festival. It has received rave commercial and critical reviews. The Babadook is definitely not the conventional horror film. It is a moving story about Amelia (Essie Davis), a struggling single mother emotionally wrecked by her husband’s death six years ago. Her six-year-old son, Samuel (Noah Wiseman) displays behaviors associated with an Attention Deficit Disorder. Samuel proves to be a nightmare to discipline and Amelia soon grows weary of her life. Amelia does not give up on Samuel and continues to fight for him throughout the film.

Samuel has a hyperactive imagination and is constantly anxious of monsters hiding in his room. Samuel manages to alienate everyone around him (including the audience) with his strange obsession with weapons and monsters. The audience grows increasingly annoyed of watching Samuel’s antics on screen as he often puts Amelia in uncomfortable and exasperating situations. Amelia never celebrates Samuel’s birthday on the actual day, as it is a reminder of her husband’s death. Her extended family and friends cast Amelia and Samuel away, unable to tolerate Amelia’s depression and Samuel’s outlandish and even violent behavior. The relationship between Samuel and Amelia is portrayed to be an almost hellish nightmare at the beginning - Samuel is constantly worried about monsters and the possible loss of another parent, while Amelia is helplessly trying to care for Samuel without losing her mind. Midway through the film, the audience is left as tired as Amelia. The darkness and psychological strife that plagues this family sets the stage for The Babadook’s entrance.

“If it’s in a word, or it’s in a look, you can’t get rid of the Babadook.” The Babadook is a nightmare of a children’s book. It has all the makings of a demented joke – a book that features a ghost called “Mr. Babadook” that threatens to terrify both Samuel and Amelia. There are graphic pop-up images of the Babadook killing a dog and terrorizing a child in his sleep. After Amelia reads this book to Samuel as a bedtime story (worst idea ever), the cliché horror montages creep into the film – Samuel begins to hallucinate, Amelia burns the book but the book mysteriously returns to her doorstep, and there’s also a gnarly cockroach infestation. Samuel promises to protect his mother from the Babadook and Amelia is driven to the brink of insanity. Her mental state paves the way for the Babadook to “let himself in”, and Amelia slowly begins to show signs of possession. This level of intense psychological turmoil that Jennifer Kent delivers with her sharp direction is what makes The Babadook a true standout from its counterparts. Kent takes her time the build the narrative and pays close attention to the details that illustrate the relationship between Samuel and Amelia. Unfortunately, the film ends up moving at a painfully slow pace, leaving the horror to the very end.

However, Kent’s artistic direction is commendable. There are many unique effects that the film employs. The Babadook is often portrayed as a shadow that is both sinister and childlike. The children’s book had come to life as a person’s worst nightmare. The use of shadows to deliver the scares was a clever hint to the darkness that has consumed the family. However, Kent’s approach could sometimes border on childish. There were scenes in the film that delivered more laughs than scares.

Nonetheless, the film is incredibly refreshing due to Kent’s unique treatment of the horror genre. On the flipside, it could also be disappointing to horror movie fans that watch the film expecting to get shocked. The Babadook rarely relies on the shock factor.  While horror film clichés remain, the film largely relies on the emotional havoc between Samuel and Amelia to deliver the adrenaline rush associated with the genre. Kent ends the film with a light-hearted note that hints at the mended relationship between Samuel and Amelia. She delivers a creative and satisfying ending to the emotionally dense plot.

The exceptional main cast carries the film’s intensity. Noah Wiseman’s portrayal of Samuel is truly praiseworthy. Samuel’s character is not one-dimensional; he is both completely aggravating and endearing. Samuel pushes his cousin off a tree house when she insults him. He even tries to physically fight the Babadook when it attempts to consume Amelia. While this may seem incredibly ludicrous, Samuel’s perseverance and big heart makes him the most enchanting character of the film. Noah Wiseman does an excellent job of being annoying and lovable. Essie Davis’ commitment to the role of Samuel’s mother was admirable as she delivered the many layers of powerful emotions consistently. Davis also delivers the horror in Babadook with ease. The scenes where she displayed signs of possession were incredibly unsettling, even after the movie ended.

The horror films of today suffer from an over-reliance on CGI effects and a subpar plot. While minimal on the scares, The Babadook is full of surprises.

(Do not go in expecting a typical horror film. The Babadook is rewarding for those who are patient and open-minded) 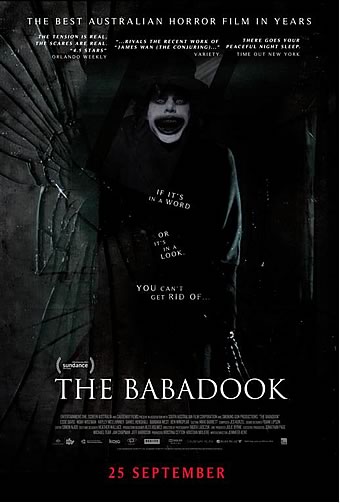 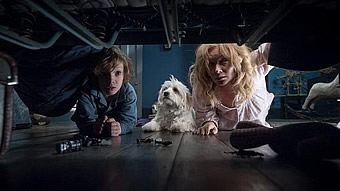 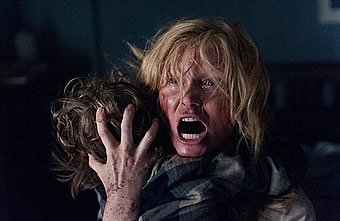 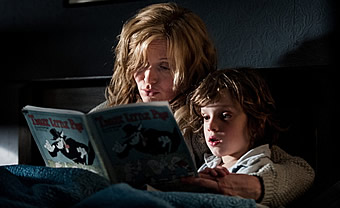