Synopsis: There’s a theory that we should be born with a small amount of alcohol in our blood, and that modest inebriation opens our minds to the world around us, diminishing our problems and increasing our creativity. Heartened by that theory, Martin and three of his friends, all weary high school teachers, embark on an experiment to maintain a constant level of intoxication throughout the workday. If Churchill won WW2 in a heavy daze of alcohol, who knows what a few drops might do for them and their students? Initial results are positive, and the teachers’ little project turns into a genuine academic study. Both their classes and their results continue to improve, and the group feels alive again! As the units are knocked back, some of the participants see further improvement and others go off the rails. It becomes increasingly clear that while alcohol may have fuelled great results in world history, some bold acts carry consequences.

This writer has been wondering recently whether he is going through mid life crisis. With nothing particularly spectacular to shout about in his career and his personal life, he can’t help but wonder where life is headed towards. And in moments like this, a few sips of alcohol might just do the trick – there are articles stating that alcohol causes our body to release endorphins, making us feel relaxed and happy. But we also know that alcoholism, and the consequences of intoxication are dire.

And that is why this reviewer finds the protagonists in this foreign film directed by Thomas Vinterberg highly relatable. The four men are teachers who are not particularly excited about their lives. Their students do not seem to be motivated with lessons, and their private lives are not picture perfect either. When the group has a discussion about psychiatrist Finn Skårderud’s theory of how a blood alcohol content () of 0.05 makes one more creative and relaxed, the men begin an experiment to see whether it is true. This is indeed the kind of crazy things friends agree to do.

One thing leads to another, the men find that their lives have seemingly improved and decide to increase the daily limit to 0.10. And as you’d expect, some things spiral out of control and each of them are forced to reexamine what life means, with and without alcohol.

Based on a play written by Vinterberg, the 117 minute drama plays out in a realistic manner. You may have a certain perception of how drunk men behave on screen, but this film doesn’t overdo things with melodrama. You feel that the four men are people you know, and you want to participate in their supposedly experiment. When things go out of control, you empathise with the situation as the struggles and tensions are realistically depicted.

Credit goes to Mads Mikkelsen, Thomas Bo Larsen, Magnus Millang, Lars Ranthe, who portray the protagonists with heart. The characters are believably melancholic and depressed at one point, then hilariously high spirited the next. For guys, they are like the bros you’ve grown up with. For the ladies, they are like the husbands who have family responsibilities while trying to maintain sanity outside the household.

The spotlight is on Mikkelsen, whom most of us will recognise from Hollywood blockbusters like Casino Royale (2006), Doctor Strange (2016) and Rogue One: A Star Wars Story (2016). The last sequence of him dancing in the streets with a group of partygoers is the high point of the film. It is infectiously energetic and merry, and will make you want to let go of your inhibitions to join him.

The movie was a hit at the film award circuit. It won the Oscar for Best International Feature Film, and Vinterberg was nominated for Best Director. It also shone at the BAFTAs, taking home the prize for Best Film Not in the English Language. While we aren’t familiar with the Danish language, it speaks universally because there is no right answer to what you should make of life. The film is a celebration of the people you spend it with, and the things you do together. 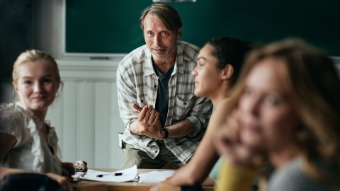 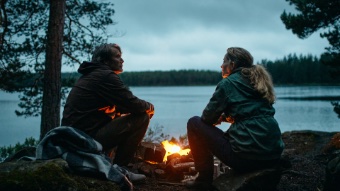 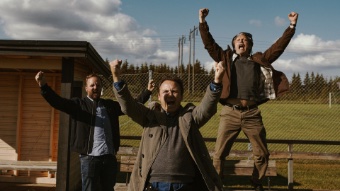 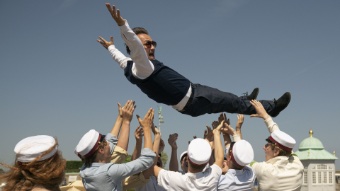 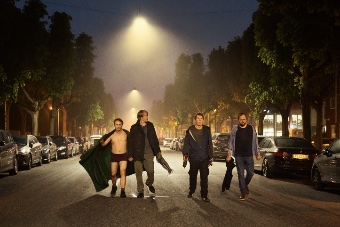 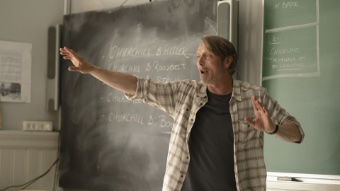