Synopsis: Marvel Studios' "Shang-Chi and The Legend of The Ten Rings" stars Simu Liu as Shang-Chi, who must confront the past he thought he left behind when he is drawn into the web of the mysterious Ten Rings organization.

Shang Chi isn’t the most obvious Marvel character to receive the standalone blockbuster treatment, but mark our words that you’d be blown away by this standout entry in the Marvel Cinematic Universe.

Before this, Shang Chi was little more than a half-forgotten, stereotypical martial artist who first appeared in 1973 to cash in on Bruce Lee mania and the Kung Fu television series, certainly not the sort of role you might have hoped to headline the MCU’s first Asian-led superhero film. And yet, thanks to the inspired vision of co-writer-director Destin Daniel Cretton as well as an excellent cast including Simu Liu, Awkwafina and Tony Leung, ‘Shang Chi and the Legend of the Ten Rings’ is quite possibly the most enjoyable MCU film we’ve seen.

In part, that is because ‘Shang Chi’ isn’t like any of the other MCU movies which have come before it. It isn’t just because of its mostly Chinese setting and cast (and therefore its large amount of dialogue in Mandarin), but also its infusion of martial-arts action and fantasy, grounded in Chinese mythology as well as Asian American culture, which sets it apart. In fact, we would even go so far as to call it a modern-day Wuxia movie, packed with balletic fight sequences that rank as the most outstanding yet we have seen from the MCU.

That distinction is apparent from the get-go, which start not with our titular hero but of the film’s villain Wenwu (Leung). Amidst a voiceover which paints a portrait of Wenwu as a brutal conqueror whose power lies with the eponymous ten rings, we learn of how he had gone looking for a mythical land called Ta Lo and had met a woman from the village named Jiang Li (Fala Chen); though she effortlessly disarms him, Wenwu is less offended than enamoured, and over a dance of stolen glances and sensual touches within a pale-green bamboo forest, ends up falling in love and starting a family with her.

Borne out of their love are two children, Shang Chi and Xialing, who will grow up estranged for years after the death of their mother, but reunited eventually under their father’s plan to bring them back into the fold of his terrorist organization. By then, Shang Chi (Liu) has already started over in San Francisco, working as a valet parking attendant with his girlfriend Katy (Awkwafina) and enjoying the loafer lifestyle drinking and karaoking the nights away; on the other hand, Xialing (newcomer Zhang Meng’er) is the boss of an underground fight club in Macao operating out of the top floors of a half-constructed skyscraper.

Those who had jumped to the conclusion that Leung had sold out for Hollywood would do well to reserve their judgment; as we soon discover, Wenwu is quite possibly the most nuanced Marvel villain ever to grace the screen, and Leung is an absolute class act. Without giving too much away, let’s just say Wenwu’s motivation isn’t world domination, but something a lot more tragic and deeply personal. Oh, he’s charismatic and menacing as befits a villain all right, but in the hands of a legendary actor as Leung, Wenwu transforms into an antihero that is surprisingly heartfelt and haunting.

Given how Shang Chi’s origin story is intertwined with Wenwu’s devastation, it should not be surprising that Leung anchors the film. That doesn’t mean he dominates the film; rather, the actor gives plenty of space for other cast members to shine, while grounding his fellow performers especially in the film’s quieter moments. Liu plays Shang Chi with the right balance of bluster and heart, and his palpable chemistry with Awkwafina enlivens the comedic moments, but Leung’s layered performance provides the emotional ballast that Liu would have otherwise struggled to muster. Yeoh is always a welcome addition, and here lends gravitas as the matriarch of Ta Lo; but between the two, Leung is the veteran who does the heavy lifting.

That ‘Shang Chi’ proves to be a character-driven movie is also credit to Cretton’s co-writers Dave Callaham and Andrew Lanham, who have conceived a story with unexpected pathos and poignancy. Like we said, this isn’t some stereotypical story about world domination, but one driven by very human desires of loneliness, loss and reminiscence. Despite unfolding across different time periods, the plotting is impressively deft, skipping across time and worlds and throwing up a fascinating mélange of genres and influences along the way.

Perhaps the most discernable yet noteworthy of these influences is the acrobatic fight choreography from the recently deceased second unit director and supervising fight coordinator Brad Allen (to whom the film is dedicated), staged against inventive settings such as a speeding bus careening pell-mell over the hills of San Francisco, on the scaffolding beside a skyscraper, a moving bamboo-forest maze, and last but not least the lush majesty of Tai Lo. Each of these set-pieces is awe-inspiring in its own right, and except the climactic showdown, refreshingly devoid of the sort of CGI in typical superhero blockbusters.

Indeed, we’d like to reiterate just how enthralled we were by ‘Shang Chi’, so much so that we would already rank this as the most uncharacteristic, but equally the most worthy, MCU standalone movie to date. As proud as we are to see a Marvel superhero of Asian descent, the reasons why we loved ‘Shang Chi’ go far beyond representation, and are as simple yet universal as humour, heart, family and pure adrenaline-driven thrills. We loved it from start to finish, and if this portends what we can look forward to in Phase IV, let’s just say it is as fresh and fascinating as it gets.

(One of the very best Marvel Cinematic Universe entries ever, this uncharacteristic yet utterly worthy origin story is well-plotted, beautifully choreographed and brilliantly acted, especially the inimitable Tony Leung) 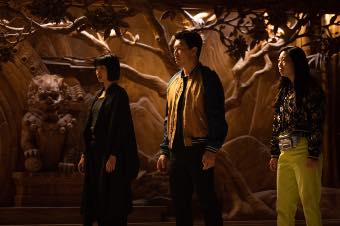 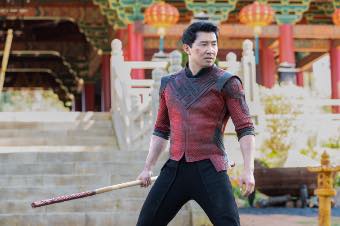