Synopsis: From Marvel, the studio that brought you the global blockbuster franchises of Iron Man, Thor, Captain America and The Avengers, comes a new team—the Guardians of the Galaxy. An action-packed, epic space adventure, Marvel's “Guardians of the Galaxy” expands the Marvel Cinematic Universe into the cosmos, where brash adventurer Peter Quill finds himself the object of an unrelenting bounty hunt after stealing a mysterious orb coveted by Ronan, a powerful villain with ambitions that threaten the entire universe. To evade the ever-persistent Ronan, Quill is forced into an uneasy truce with a quartet of disparate misfits—Rocket, a gun-toting raccoon, Groot, a tree-like humanoid, the deadly and enigmatic Gamora and the revenge-driven Drax the Destroyer. But when Quill discovers the true power of the orb and the menace it poses to the cosmos, he must do his best to rally his ragtag rivals for a last, desperate stand—with the galaxy's fate in the balance.

Notwithstanding the heart-tugging prologue which sees a young Peter Quill saying his tearful goodbye to his dying mother in a hospital room, it is manifestly clear from the opening strains of that 1970s Redbone classic ‘Come and Get Your Love’ that Marvel’s latest cinematic addition ‘Guardians of the Galaxy’ just wants to have some fun. Yes, immediately after that prologue, we catch up with our anti-hero - a thieving Ravager, a self-styled Starlord, and a general intergalactic do-no-gooder - skipping along to that song while venturing his way into a cave on an abandoned planet to retrieve a much-sought after silver orb.

In case it isn’t already apparent from the trailer, that is the first of many 1970s pop classics that form about half of the soundtrack of the movie, and which Peter carries around in a mix-tape with his trusty Walkman. That artistic choice isn’t self-evident; although these characters were already known as a team of misfit heroes from their introduction into the Marvel universe back in 1969, it did not come with the same cheeky comic tone which James Gunn has taken to the material. Indeed, the galaxy may be at stake, but the fact that its fate lies in the hands of a talking raccoon named Rocket (voiced by Bradley Cooper), a tall talking tree named Groot (voiced by Vin Diesel), a massively muscled angry guy named Drax (pro wrestler Dave Bautista), a green-skinned female assassin named Gamora (Zoe Saldana) and Peter (Chris Pratt) means that it is a good thing this Marvel picture doesn’t try to sell it straight.

In fact, it easily stands out from the rest of the more recognisable Marvel properties by simply being more playful than any of the rest. Peter is a sweet rogue played by Pratt with wily mischief. Drax is delightfully hypermuscled and hyperliteral - his rejoinder when being accused by Rocket that metaphors “fly over his head” is an absolute hoot. Gamora is kick-ass cool. Groot is lovably monosyllabic. And the one who often steals the show is the irascible foul-mouthed raccoon whom Groot provides the muscle for, Rocket, who is also streetwise, smart and suffers from an existential crisis. They aren’t exactly first-choice to save the Earth-like planet Xandar from the warmongering baddie Ronan (Lee Pace), who wants the orb for his patron Thanos on the deal that the latter would help destroy Xandar - and both Xandar’s Nova Corps officer (John C. Reilly) and head honcho Nova Prime (Glenn Close) pretty much make that clear.

But it is precisely their misfit nature that makes it all the more enjoyable. Whether escaping from Xandar’s space prison known as the Kiln or from the cheekily-titled planet of Knowhere on which Benicio del Toro’s The Collector resides, the ragtag gang always have a witty quip to spare, and the cast’s delivery of Gunn’s cleverly-scripted repartee is spot-on. There is also plenty of situational and physical humour in the numerous action scenes that follow our heroes along their space adventure - and fanboys will have a field day picking out Gunn’s homage to classic sci-fi fare like ‘Star Wars’ in addition to thoroughly lapping up the pop-culture irony.

Gunn’s casting here is flawless. None of the actors in the ensemble call attention to their own individual characters; instead, they play off each other with offbeat chemistry and perfect timing. In particular, Cooper is almost unrecognisable as the voice of Rocket, capturing perfectly his character’s blend of brashness, intelligence and angst in a delivery brimming with panache. They easily overshadow the other villainous sorts who pop up every now and then to wreck destruction - including Ronan’s lieutenant Korath (Djimon Hounsou) and Thanos’ disillusioned daughter Nebula (Karen Gillan) - who unfortunately turn out just as nondescript as the villains in the Marvel movies so far.

That fault is not so much the actors as that of Gunn and his co-writer Nicole Perlman. If something had to give in order to make way for that self-aware smart-assery, it turned out to be both plot and character. Put aside the visual dazzle, and there’s no doubt the narrative is about as straightforward as it gets. There is no treachery, no double-crossing, just plain good and bad defined right from the point that the characters make their entrance. Same goes for the characters, which aren’t afforded much time for any backstory (save for that prologue we mentioned at the start) in between dodging bullets and blowing up stuff. As far as origin movies are concerned, this hardly makes the impression the way ‘Captain America: The First Avenger’ and ‘Iron Man’ did for their respective characters.

Those unfamiliar with Marvel lore will also find themselves grasping to understand how the entire universe comes together - for starters, you may wish to take note that the orb is so prized because it belongs in the same league as the Tesseract in ‘The Avengers’ movie. But if you find yourself lost amidst the mythology, you’ll probably still find yourself lost in a giddy spirit of amusement. It’s zany fun to say the least, with a perfectly pitched bunch of memorable characters, irreverent humour and some truly eye-popping CGI wizardry. Gunn relentlessly guns at everything that is fun and pleasing, no matter that they may seem absurd - and you know what, ‘Guardians’ is all the better for it.

(An unusually Marvel-lous blend of zany humour, quirky characters and thrilling action that makes for a hugely enjoyable dose of summer entertainment)

MARVEL'S GUARDIANS OF THE GALAXY SOUTHEAST ASIA PRESS CONFERENCE
Back 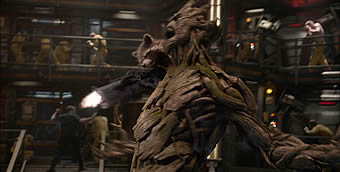 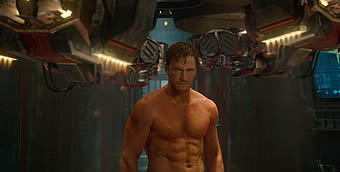 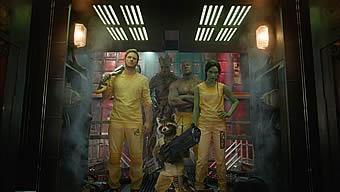 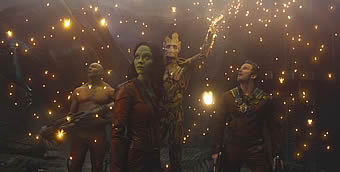 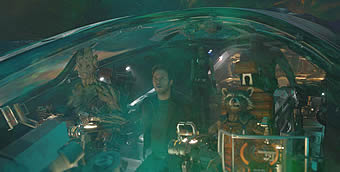 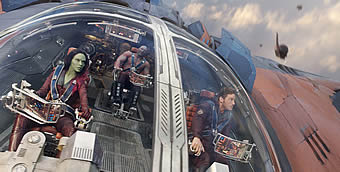