Character actor and comedian Ng Man-tat or endearingly known to movie audiences as 达叔 has sadly passed away at the age of 70 due to complications from liver cancer.

Ng had been in poor health for a number of years and was reported to be suffering from heart conditions then.

The legendary actor has been acting since the 1970s and was awarded Hong Kong Film Award's Best Supporting Actor for his role in "A Moment of Romance" opposite superstar Andy Lau. He also received several nominations for his acting including the Hong Kong Film Awards and Taiwan's Golden Horse Awards throughout his career.

Ng's career reached a peak when he starred in numerous box-office hits such as "Fight Back to School", "Tricky Brains", "King of Beggars", "Royal Tramp" among many others with comedian Stephen Chow with "Shaolin Soccer" being their last collaboration.

In his later part of his career, Ng ventured into the mainland with The Wondering Earth being the most prominent production.

May 达叔 rest in peace and we thank him for bringing us so much laughter over the years. 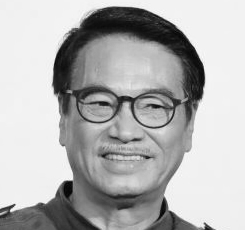