PTO Movies, Clover Films and Picasso Productions are proud to announce a new movie production FILIAL PARTY《我是孝子. The comedy will be helmed by one of Singapore’s most promising director Boris Boo (Greedy Ghost, The Ghost Must Be Crazy) and brings together an ensemble cast that will include regional stars including MediaCorp Artiste managed by Catwalk Asia’s Christopher Lee (Kidnapper, The Wedding Game), Galaxy Entertainment’s Mark Lee (Taxi Taxi, Everybody’s Business) and MediaCorp Artiste Ann Kok in her debut movie role.

The movie is set in modern Singapore where reality TV game show “I Am Filial” has taken the nation by storm with its $1-million prize money pledged for the winner who portrays exceptional filial piety. The popular game show is the brainchild of producer Millionaire Liu (played by Mark Lee), who is determined to achieve the highest ratings ever in local TV history. After a few gruelling and exciting elimination rounds, the show has produced three final contestants from vastly contrasting backgrounds and each with different agendas for joining the contest. School security guard Beng (played by Christopher Lee), hotshot lawyer Shiyun (played by Ann Kok) and fresh graduate Annie will pull all stops to ensure that they will be the eventual winner.

FILIAL PARTY marks the first million-dollar investment by Peter Tan Shou Yi in the Singapore movie scene. Founded by successful entrepreneur and seasoned investor Peter Tan, PTO Movies was set up with the intention to promote growth within the local movie industry. Said Mr Peter Tan, “PTO Movies is motivated to invest in movies that exemplify the ideology of Filial Piety. I was born from a poor family, where my only motivation was to bring sufficient food to the table and this allows me to truly appreciate the Chinese virtue. When my mother was hospitalized, without any medical coverage, I experienced the dichotomy of proper medical treatment and healthcare expenses. Through my involvement in this movie, I hope to promote the concept of filial piety to Singaporeans, especially for the younger generation and help everyone re-live the myths and reality of being filial. ”

Says Mr Lim Teck, Managing Director of Clover Films, “We are very excited to be working with PTO Movies and Picasso Productions on such an interesting movie. This movie will bring together a star-studded cast, perhaps never seen before in a local movie production. We believe we have a very strong storyline and coupled with this amazing cast, this movie looks set to be a winner!”

FILIAL PARTY will be scripted by the award winning Rebecca Leow (The Wedding Diary, Paper Moon). Budgeted at SGD1.5 million, the movie is scheduled to commence filming end-October 2013 and slated for second quarter release in 2014. More information about the rest of the ensemble cast will be revealed during the movie’s press conference scheduled for early October.

Golden Village Pictures and MM2 Entertainment will be co-distributing the movie with Clover Films in Singapore and Malaysia respectively. 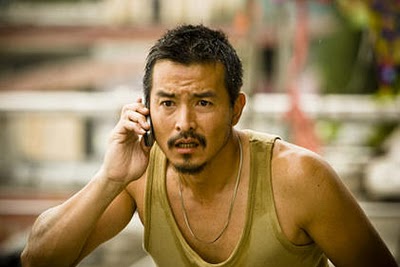