The winners of Teen Choice 2016 were announced yesterday and Golden Village Pictures is thrilled that Dylan O’Brien has won the “Choice AnTEENcipated Movie Actor” for his upcoming role in disaster epic DEEPWATER HORIZON.

The film is inspired by true events that resulted in the largest accidental ocean oil spill in human history. On April 20th, 2010, one of the world’s largest man-made environmental disasters occurred on the Deepwater Horizon in the Gulf of Mexico. The Deepwater Horizon - an ultra-deepwater drilling rig off the Louisiana coast - riveted the world as it experienced a devastating blowout, fire and nearly unstoppable ocean floor oil leak.

Directed by Peter Berg (Lone Survivor, Battleship), this story honours the brave men and women whose heroism would save many on board, and change everyone’s lives forever. Much of the film’s gripping action surrounds the crew members’ courageous battle against the inferno blaze in the middle of the ocean and their harrowing escape attempt.

DEEPWATER HORIZON will premiere at the 41st Toronto International Film Festival this year, and will be released in Singapore on 29 September 2016 in IMAX and 2D formats. It is distributed by Golden Village Pictures in Singapore. 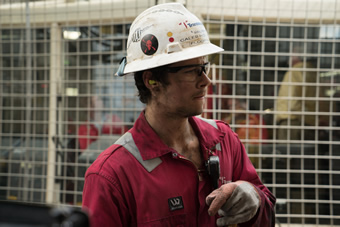