Synopsis: Prequel to TRAIN TO BUSAN, SEOUL STATION is a dark yet touching award-winning Korean feature animation. The prequel tells the story of a runaway teenager Hye-sun, who broke up with her boyfriend when he forced her into prostitution and witness an old homeless man, among the many others as they gobble up one another. The attacked become the attackers, increasing their numbers exponentially. What will the government do to control the situation? Who will survive this zombie war?

Thanks to the runaway success of ‘Train to Busan’, writer-director Yeon Sang-ho’s animated feature ‘Seoul Station’ is seeing the light of day outside the film festival circuit. The latter was in fact completed earlier, but its mature subject matter for a genre largely associated with family-friendly material meant that it needed a commercial anchor on which to boost its ‘sell-ability’. And indeed, between the two, it is ‘Train to Busan’ that is likely to appeal to a wider audience, premised as it is on conventional action horror thrills like ’28 Days Later’ and ‘World War Z’; on the other hand, ‘Seoul Station’ is more akin to George Romero’s ‘Night of Living Dead’ in that it is established primarily with the intention of using the zombie outbreak as a metaphor for social malaise, such that those looking for similar commercial sensibilities will likely be disappointed.

That’s not to say the latter is the poorer film by comparison; on the contrary, ‘Seoul Station’ has greater depth and significance than its successor, and we suspect those who like their gore with brains will in fact find it superior. It is as well that, though billed as a prequel, the film is really more fitting when seen as a companion piece to ‘Train to Busan’ – other than the fact that they both deal with a zombie outbreak in Seoul, there is absolutely no relation between the events or characters of either film. A decidedly smaller-scaled affair, it unfolds predominantly through the eyes of four characters – a young runaway prostitute Hye-sun (voiced by Shim Eun-kyung), her good-for-nothing boyfriend Ki-woong (Lee Joon), a man who claims to be her father Suk-Kyu (Ryu Seong-ryong), and last but not least a homeless man whose name we never learn desperately trying to find help for patient zero.

That patient happens to be one of the homeless too, who is seen at the beginning stumbling through the titular station promenade bleeding and in pain. A pair of well-heeled young adults whose conversations about universal healthcare seem to hint at their social consciousness notice him, but they stop short of helping when they catch whiff of the old man’s ‘homeless’ stench. Oh yes, there is social critique right from the beginning, as Yeon delivers admonishment on the indifference and even outright disdain of Korean society towards its downtrodden even as it claims to be otherwise. Yeon’s criticism at both the institutions and the people within comes into even sharper focus as the old man’s fellow homeless is frowned at by social workers and turned away by the police when attempting to seek help for the old man’s none-too-well condition.

Seen in that light, the outbreak is not only comeuppance but also social levelling, reducing rich and poor and any individual alike on the social ladder to a single denominator – that of a bloodthirsty undead driven by the same thirst for blood. There is no doubt where Yeon’s sympathies lie, especially given how Hye-sun, Ki-woong and Suk-kyu are by virtue of their social status among the marginalized in society.  A tiff between Hye-sun and Ki-woong earlier on separates the couple, and the latter spends most of the subsequent time with the former’s father Suk-kyu trying to locate her with the help of mobile communication. As much as the estrangement between father and daughter is part of the story, their interpersonal character drama never becomes the narrative’s driving force, in part because of a neat nihilistic twist at the end and in part not to distract from the social commentary.

If it isn’t clear yet, the latter is the film’s emphasis, and it is therefore no coincidence that Hye-sun will end up at one point with several dozen survivors trapped in an alley between a fully-armed military blockade determined to keep out what they think is an insurrection by a plebian mob and a make-shift barricade meant to keep the zombies on the other end at bay. It is also no coincidence that Hye-sun will stumble into a lavish interior decoration showroom meant to showcase the city’s high-end apartments that neither Hye-sun or the other two characters will ever be able to afford, a point which Suk-kyu makes as he marvels at its opulence when he finally catches up to Hye-sun. Throughout, the divisions between the social classes as well as the attitude of the bureaucracy towards these divisions becomes the film’s pivot, and more than delivering the standard-issue zombie thrills, is its motivation.

Certainly, there are some palpably tense moments in Hye-sun’s struggle to stay alive, but these are no match when compared against the white-knuckle sequences in ‘Train to Busan’. That is both a function of the genre (live-action versus animation) as well as the deliberate intention of its filmmaker, of which ‘Seoul Station’ is a much more intimate and personal work akin to his previous two critically acclaimed animated films - 2011's ‘The King Of Pigs’ as a disturbing and violent exploration of childhood bullying and the trauma it leaves, and 2013's ‘The Fake’ as a blistering critique of organized religion. Like we said at the beginning, those looking for the same wall-to-wall action or suspense in ‘Train to Busan’ will likely be underwhelmed by ‘Seoul Station’, but if you like your helping of zombie gore and guts with brains, you’ll be satisfied by the bite that this zombie flick takes off of society’s inequalities and injustices. 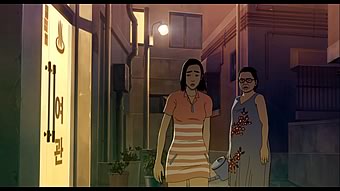 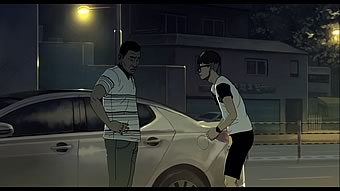 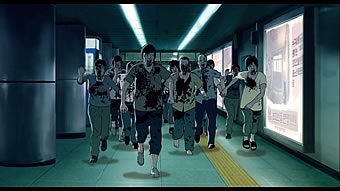 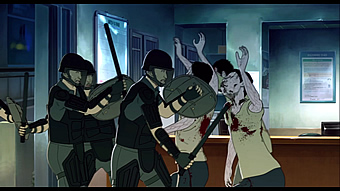 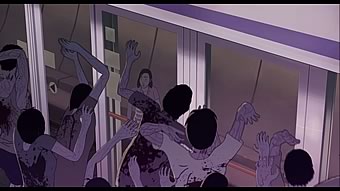