A fascinating glimpse into the dark corridors of political power, Fair Game is a riveting drama inspired by the experiences of real-life undercover CIA officer Valerie Plame, whose career is destroyed and her marriage strained to its limits when her covert status is exposed by a White House press leak.

Valerie Plame (Watts), a covert officer in the CIA's counter-proliferation department, discovers that Iraq has no active nuclear weapons program, contrary to the belief of many in the U.S. government. Meanwhile, Valerie's husband Joe Wilson (Sean Penn), a former ambassador to Niger, is sent by the State Department to Africa to investigate rumors of the possible sale of enriched uranium to Iraq. After the White House ignores Joe's findings that no such deal took place, (along with at least two other reports that also confirmed the absence of any evidence of a uranium purchase) and declares war on Iraq, Joe writes a piece in The New York Times outlining his conclusions and ignites a firestorm of controversy.

Soon after, Valerie's covert status is leaked to high-profile Washington journalists. Is it an unfortunate coincidence or a coordinated campaign to retaliate against her husband for his very public disagreement with the government? With her cover blown and her overseas contacts now left exposed and vulnerable, Valerie is pushed to the breaking point as her career and private life begin to implode. Friends become indignant, then distant. Valerie receives anonymous death threats and Joe's consulting business dries up as a result of the concerted smear campaign against them. After 18 years serving the government, Valerie-a mother, a wife and a field officer with an impeccable record-now struggles to save her reputation, her career and her marriage.

Crackling with sharp dialogue, intrigue and heart-pounding suspense, Fair Game is the gripping account of one woman's struggle to overcome a staggering betrayal and reclaim her life.

One of the greatest ironies of our decade is how Hollywood has proven to be a better reporter of the truth of the Iraqi war than our reputed news media. Think about it- from political thrillers like “Body of Lies” and “Rendition” to intimate family dramas like “In the Valley of Elah” and “Home of the Brave”, Hollywood has not been shy to paint an unflattering picture of the unjustified war that was Iraq and its consequences on the Iraqis as well as the American soldiers sent there to fight a war many did not believe in. What about our news media? Too quick to swallow President George W. Bush’s propaganda, and unwilling to question the veracity of their written words, they were as guilty as W. in selling the lies of the war to the American public and to the world.

That indictment against the news media continues in Doug Liman’s “Fair Game”, a well-crafted film that is both an exciting spy thriller and a poignant family drama. Liman’s biopic focuses on the former CIA operative Valerie Plame (Naomi Watts), whose covert identity was exposed by White House officials in 2003 in apparent retaliation over her husband Joseph Wilson’s (Sean Penn) New York Times op-ed piece. In that piece, Joseph alleges that W. misrepresented information about the sale of nuclear materials from the African country of Niger to Iraq- he would know, the CIA had sent him there to gather the very same intel which came up naught.

Liman sets up the first half of the movie in familiar thriller mode, showing Valerie in the field (Kuala Lumpur, Eygpt and Jordan) gathering intel of weapons of mass destruction in Iraq. All those efforts however have proved futile (of course, we now know why), culminating in the CIA’s engagement of Joseph- the former U.S. ambassador and expert on Africa- to go on a fact-finding mission to Niger. When he hears W. twisting those facts to convince the nation in a 2003 State of the Union address justifying the imminent invasion of Iraq, Joseph decides to set the truth straight, albeit with heavy personal consequences.

The latter half of the movie becomes a compelling study of Joseph and Valerie’s marriage under duress- friends and family are shocked at the revelation, reporters hound their family at their doorstep, anonymous phone calls spewing death threats and finally, Joseph’s insistence on going around the cable television and lecture circuit defending his opinion. “What is the point?” Valerie asks exasperatedly. “It’s the White House you’re going up against. They will bury us!” And indeed, you’ll feel acutely her sense of despair and injustice, going up against the powerful machinery of the State and the assault of the right-wing media.

The sympathies of Liman and his screenwriters- Jez Butterworth and John-Henry Butterworth- are clear right from the start, but they do not blatantly bias their film towards their subjects. Rather, they paint a thoughtful and fact-based picture of the real-life events, refraining from condemning the administration- in particular Vice President Dick Cheney’s chief-of-staff Scooter Libby (a deliciously snarky performance by David Andrews) and Bush advisor Karl Rove (Adam LeFevre)- but emphasising the fallout of the State’s betrayal on their marriage and family. Liman’s focus here is almost singular, and some familiar with the case may be disappointed that key persons like New York Times reporter Judith Miller and conservative pundit Robert Novak have been excluded from the movie.

Still, their exclusion by no means diminishes the movie which has a keen sense of purpose throughout, driven by Sean Penn and Naomi Watts’ electrifying performances. Penn plays the outspoken, self-righteous fighter with aplomb, and one of his best scenes is one where he reminds Valerie that the loudest voice in the room isn’t always the smartest or the bravest. Watts is also uniformly excellent as the intelligent Valerie, her transformation from steeliness to vulnerability thoroughly engaging.

As with other Iraqi war-themed movies, Liman uses television-news footage of the War- especially Bush’s State of the Union address- to underscore the relevance and immediacy of the proceedings. Departing from his usual strict action-territory, Liman nicely juggles the aesthetics of a spy thriller with the machinery of a political and familial drama to deliver a captivating account of the falsehoods behind the Iraq War and the cost of telling the truth in an exceedingly hostile climate. No doubt the events may be slightly passé by now, but its twin messages of political integrity and personal conviction are ever pertinent, and this film an ever-important reminder of that.

(Compelling from start to finish, Doug Liman’s retelling of the Valerie Plame story is a sobering reminder of political corruption of the highest order and the cost of telling the truth) 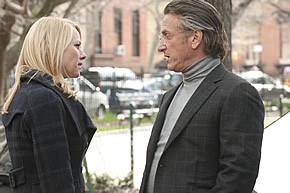 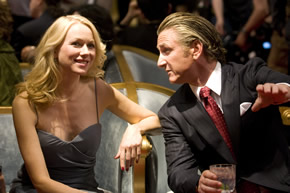 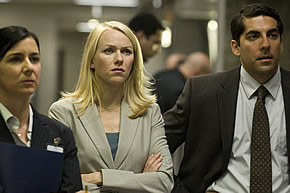