Considered to be one of Thai cinema’s leading “new wave” auteurs, filmmaker Pen-Ek Ratanaruang is no stranger to the Singapore International Film Festival (SGIFF).

Ratanaruang tells us why this film about a soap opera actress, her eccentric husband and a charismatic cult leader is one hell of a ride. Q: Samui Song has been screened at various film festivals, what do you feel about it making its Singapore premiere at the SGIFF?

A: The SGIFF and I go a long way back. When I made my first film, FUN BAR KARAOKE, Philip Cheah selected it for the festival in 1997. At that time, I didn’t even know what a film festival was. Since then, we’ve collaborated many times. A few more of our films were screened here and I was also a jury member once, so it’s always an honour and a delight to come back here. Time has passed and people may have changed, but SGwill always be personal to me.

Q: What were the easiest and most difficult things working on SAMUI SONG? Why?

A: Nothing was easy at all about this film! The most difficult thing about this film was the editing, but the challenge had already started with the writing. I wrote the story that was far more complex than I would normally write. It had more characters, plot points, motivations and twists than my usual films, and we knew it was going to be difficult to wrestle it down to a manageable length. We just didn’t know it would be this difficult. We finally managed it, but it was one hell of a film to struggle through. We cleaned a lot of things out in the end and it worked. Q: What made you want to write this story and direct it for the big screen?

A: It was the only idea that I had. I felt every Thai woman had to be, more or less, an actress to survive. Women in our society have to play many more roles than their male counterparts – as a daughter, a girlfriend, a wife, a mother, an employee. And I feel women have to play different roles (usually helpless and submissive) to get by in our male-dominant world. The idea of a Thai actress married to a foreigner as a protagonist added more complexity to it and things started to get interesting. But more importantly, I thought I could have fun with the filmmaking. I had the idea of starting a film in a certain ‘genre’ and as the story unfolded, the style of the film changed and shifted until it became almost unrecognisable by the end, making it hardly resembling the film in the beginning. The film transformed itself as our protagonist transformed herself and this felt very challenging to me. That’s what made me sat down and began writing. It was an opportunity to play with different kinds of cinema I love, and I knew would have so much fun.

Q: What was it like working with the main leads Chermarn Boonyasak (LOVE OF SIAM), David Asavanond (TOM YUM GOONG), Vithaya Pansringarm (ONLY GOD FORGIVES)? What were some of the factors casting them for their respective roles?

A: Everyone was cast because they carried some baggage that resembled the characters they would play. Cherman is a television actress who had some problems with the media that led to her being treated rather unfairly, and I thought she would understand what suffering was. David, in real life, is a loud-mouth bragger, but when you get to know him, he’s one of the most caring persons you could have met so that fit the character of this con artist who had to care for his sick mother. Only Vithaya was cast because I just wanted to work with him. From the four leads, he was the only one I personally called on the telephone myself because I respect him.

Q: How has your background as a prominent Thai auteur helped/ hindered your involvement in this film?

A: The fact that I have some sort of a track record might have helped open some doors like getting the actors we wanted, getting the crew we wanted, getting some of the funding we needed, etc. but it still holds true that ‘you are as good as your last film’. So after 20 years of making films, I still struggle from film to film depending on how well I did on my previous film.

Q: How do you relate to any of the characters in the film? How alike/ different is Pen-Ek Ratanaruang compared to him/ her?

A: Unlike most of my films, this film is not so personal to me. By that, I mean I didn’t make this film based around my own dilemmas or experience in life. I mainly just wanted to experiment and have fun with cinema. Of course, the audience who knows my work can still see my obsessions and perversions in this film, but I didn’t relate deeply with the characters like in some of my other films except, perhaps, the incompetent killer with a sick mother. My mother passed away six years ago and in her last few years she had Alzheimer’s, and I felt that I should have been more attentive to her but I was not. That’s why the killer in our film takes care of his mother so well. Like Woody Allen said towards the end of Annie Hall, “What you cannot get right in life, you try to correct it in art.”

Q: What does being a Thai filmmaker mean to you? Why?

A: Being a filmmaker means something to me, but not specifically a Thai filmmaker. I consider myself a filmmaker, period. I make most of my films in Thailand and the characters in most of my films speak Thai because I live here and I speak the language. But my films deal with the love and joy and pain and disappointment of human beings and these are pretty universal.

Q: From FUN BAR KARAto SAMUI SONG, how do you think you have evolved as a filmmaker?

A: I panic less when things aren’t going as planned!

Q: What do you want viewers to take away after watching SAMUI SONG? Why should people watch it?

A: The only reason I would encourage people to go see this film is because it’s one hell of a ride. The film plays with you until the very end. Like I mentioned before, it shifts and changes and twists as it takes you along. You could say anything about this film but you won’t be bored, that’s for sure.

Q: What is next in the pipelines for you?

A: I will be moving to Chiangmai, a province up North of Thailand. 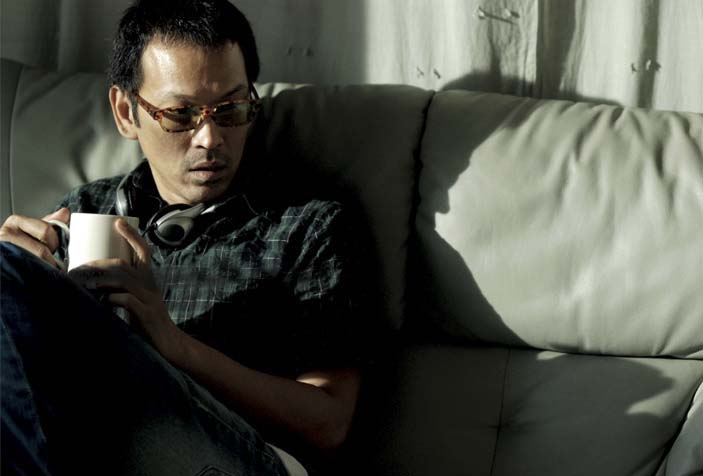 Read our review of SAMUI SONG