Synopsis: In the wake of Abraham Lincoln's assassination, seven men and one woman are arrested and charged with conspiring to kill the President, Vice-president, and Secretary of State. The lone woman charged, Mary Surratt (ROBIN WRIGHT), 42, owns a boarding house where John Wilkes Booth (TOBY KEBBELL) and others met and planned the simultaneous attacks.

Against the ominous back-drop of post-Civil War Washington , newly-minted lawyer, Frederick Aiken (JAMES McAVOY ), a 28-year-old Union war-hero, reluctantly agrees to defend Surratt before a military tribunal. Aiken
realizes his client may be innocent and that she is being used as bait and hostage in order to capture the only conspirator to have escaped a massive manhunt, her own son, John (JOHNNY SIMMONS). As the whole nation turns against her, she is forced to rely on Aiken to uncover the truth and save her life.

A riveting courtroom drama with action and thriller elements throughout, The Conspirator tells a powerful and haunting story about America then and now.

History buffs would probably want to pay attention to this film, being the debut production of The American Film Company which had pledged to make accurate films from America's rich history. Without a doubt the assassination of President Abraham Lincoln sets the premise in which The Conspirator is based upon, but stripped to its core it details the progress that's been made of the legal and political system that we have come to be all too familiar with given pop culture, and the very compelling arguments made for the case to reform.

It is the time of national reconciliation with the great North-South divide still very much playing a deep role in society, and the untimely and unfortunate Lincoln assassination making it worse, with the War cabinet led by Edwin Stanton (Kevin Kline) taking over and assigning his trusted men to become judge, jury and executioner, wanting to quickly move on from its investigations and trial of the captured suspects and assassination conspirators that seemed more like a witch-hunt and revenge effort rather than to seek justice. on the stand is the lone female accused conspirator Mary Surratt (Robin Wright) who got sucked into the scheme of things because her son John (Johnny Simmons) knows John Wilkes Booth (Toby Kebbell) and the others, and had used her boarding house for secret meetings leading to the fateful event.

So it's up to lawyer Frederick Aiken (James McAvoy) to battle through his own reluctance to see beyond the obvious, and to battle personal prejudices against a woman whose only crime it may seem was to protect her son from prosecution and sure death, being clearly one of the perpetrators, whose whereabouts is unknown and in a way is quite the unfilial one for letting his mom stand accused for a severe crime she may not be a part of, other than to allow her premises to be used to get rent. Those of us who relish courtroom drama will find The Conspirator full of legalese arguments, although in a more primitive system back then, plus the fact of having unfair odds stacked against the defendant, becoming an uphill task for Frederick Aiken to try and get his client off the hook.

Robert Redford directs this film with unassuming, yet compelling style in keeping it pacey, and engaging for anyone who may not be knowledgeable about the details and background of the historical events that unfolded. With the commitment by the production for accuracy there's an incredible amount of detail in art direction to get things right, and the story by James D. Solomon and Gregory Bernstein contains just enough narrative depth without boring you or making it seem like a history lesson come alive. This is important since one can sieve through countless of fact based material to form conclusions, or to allow a properly made film to take us through the important points in just over two hours, only if it was told in a manner that sparks interest.

McAvoy also shines as the soldier turned lawyer as we see how he progresses into the feeling of disgust with the very blatant double standards, perjury and perversion of justice and the constitution even in a system that's being manipulated by higher powers to sway verdicts the way they want them to be, which reminds us of how absolute power corrupts absolutely. Robin Wright also gives her Mary Surratt a certain quiet dignity, and it's hard not to be judges ourselves whether she's in the loop of things or otherwise, though the fight here, clearly stated, goes beyond whether she knows, but fighting for one's rights according to due process, even if Mary Surratt may seem uninterested, but Frederick Aiken and his mentor (Tom Wilkinson) fiercely want to protect.

An ensemble cast also helped to boost interest in the film, with the likes of McAvoy, Wright, Kline, and those like Evan Rachel Wood, Tom Wilkinson, Alexis Bledel all playing bit roles, although Justin Long did look a little out of place since he isn't quite believable as a blast from the past character, in some way no thanks to his usual typecast role of the teenager and young adult of today complete with natural idiosyncrasies.

The issues the film tackles go beyond the courtroom, and still stays relevant for today, speaking up about the dangers of power held in the hands of a few, who may choose to go rogue with it for whatever intent good and bad, and it is up to us to stand up and speak up about it, even though we may be put under the spotlights ourselves and have our lives made quite miserable. This is moral courage, which is something that cannot and shouldn't be extinguished. Recommended! 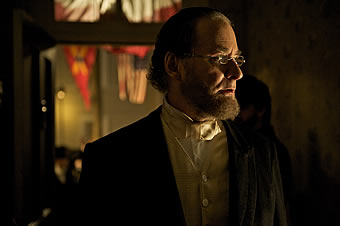 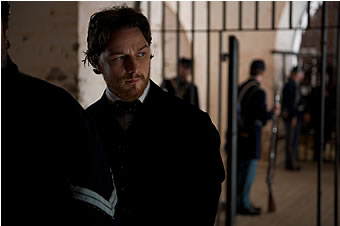 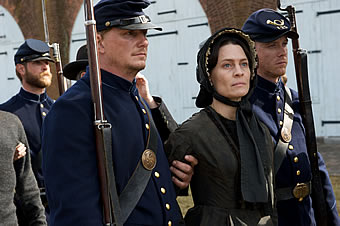 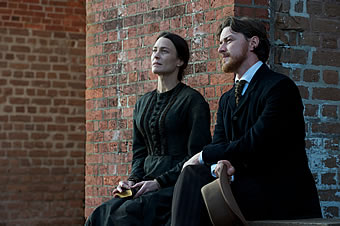