Synopsis: Based on Frank Miller's latest graphic novel Xerxes, and told in the breathtaking visual style of the blockbuster "300," this new chapter of the epic saga takes the action to a fresh battlefield-on the sea-as Greek general Themistokles attempts to unite all of Greece by leading the charge that will change the course of the war. "300: Rise of an Empire" pits Themistokles against the massive invading Persian forces led by mortal-turned-god Xerxes, and Artemisia, vengeful commander of the Persian navy.

‘300: Rise of an Empre’ isn’t a sequel in the strictest sense of the word; rather, seeing as how King Leonidas and his small but mighty band of Spartans all but perished under the sheer numbers of the Persian army led by Xerxes in the three-day Battle of Thermopylae in 480 B.C., this ‘side-sequel’ stands astride the events of the original film by taking place within the same concurrent period of time. Not to worry though - for those who can’t quite recall what happened the last time round, there is enough backstory to make up for the seven-year wait in between the two instalments.

Taking the place of Leonidas is the Greek general Themistocles (Australian actor Sullivan Stapleton), who in the extended prologue is seen shooting an arrow straight into the heart of the invading Persian King Darius (Igal Naor) in battle. King Darius happens to be the father of Xerxes, but more significantly, he also had a surrogate daughter in the Greek-born Artemisia (Eva Green). The young Artemisia had been sold into slavery after the massacre of her parents by invading Greeks, and was rescued on the brink of death by none other than King Darius himself.

Returning to script and produce but not to direct is Zack Synder, who together with his co-screenwriter Kurt Johnstad, lay out some relatively heavy exposition in the first half hour drawn again from a graphic novel by Frank Miller. Though one may get the impression from the name of that novel ‘Xerxes’ that the emphasis should be on the Persian god-king, the more intriguing character here - as well as that given significantly more screen time - is that of Artemisia. Indeed, it is Artemisia whose motivation for revenge inspires the same of the grief-stricken Xerxes, the latter of whom then undergoes a transformation from human to god-like complete with gold-dipped skin, multiple piercings and his unmistakable glistening chrome dome.

Turns out that Xerxes’ battle with King Leonidas was just one front of the Persian invasion of Greece; and since that story had already been told, this ‘side-sequel’ as we had described it earlier paints the other front in battle, one that takes place at sea between the two navies. Again, the Persians triumph in numbers, so the Greeks led by Themistocles employ some clever tactical manoeuvres to outwit the first two charges of the Persians, which Artemisia delegates to her generals to lead in order to observe - and test - the formidability of her opponent.

Taking over the directorial reins is the commercials ace Noam Murro, who stages the naval battles with plenty of visual flair. Each major sequence is different enough from the rest to offer real variety, and impresses not just with its sheer display of military might but also its detailing of Greco-Persian battle strategy - the last we have seen such an exciting combination of both was in John Woo’s ‘Red Cliff: Part Two’. Nonetheless, those hoping for a reprise of the blood-soaked violence in ‘300’ need not worry; there is still plenty of beheadings, skewerings, and sword slashes - though we might add that there is perhaps a gratuitous display of arterial sprayings which could really be toned down a little.

Much less successful however is Murro’s attempt to recreate the stylistics of Synder’s original. Try though he might of aping its predecessor’s mesmeric, affected visual presentation, Murro’s film ultimately looks less elegant, the use of slo-mo in particular coming off obligatory and even pretentious. Whereas Synder preferred artistic compositions, Murro here prefers to leave war looking grittier and messier, which stand sometimes in contrast to the beautifully rendered digital backgrounds inserted once again by CGI wizards. Not surprisingly then, it isn’t the man-on-man clashes that prove most spectacular this time round, but the swooping overhead shots of Greek ships going up against their clearly more daunting Persian armada.

While substituting Artemisia for Xerxes proves inspired, the same cannot be said of Themistocles for Leonidas. Not only does Themistocles come off bland compared to the macho-man heroics of Leonidas, Stapleton takes the role just too seriously, lacking in the charisma and self-awareness that Gerard Butler brought to his character. You’re more likely then to be transfixed by Green, who portrays Artemisia’s malevolence with scene-chewing glee. She knows exactly how to deliver each line of the intentionally stilted dialogue, adding just the right touch of vampiness to make them campily entertaining; nonetheless, it is very likely that one will remember the centrepiece sex scene between Themistocles and Artemisia where both take turns to prove themselves the ‘man’ in the ‘f**king’.

If it isn’t yet clear enough, Green is a big reason why this long-gestating sequel doesn’t come off unnecessary. Like we said at the beginning, ‘300’ isn’t the most straightforward movie to stage a sequel; and even though this hardly matches the poetic storytelling of the original, there are still plenty of scenes of glorious bloodletting if that is your thing. We prefer though the visual spectacle that the impressively staged naval standoffs offer, and of course the spectacle that is Green’s scene-stealing turn as a warrior queen. A word of caution too - don’t expect a neat ending, for the open-ended conclusion suggests that the filmmakers think there is still lots of potential in the Greeks’ eventual vanquishing of the Persians at Plataea and Mycale to continue the mythology of ‘300’. 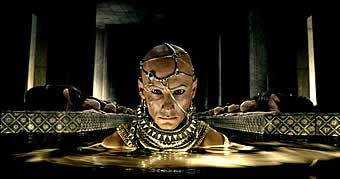 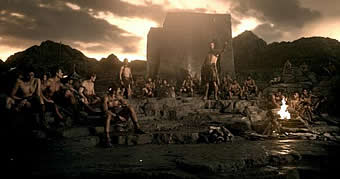 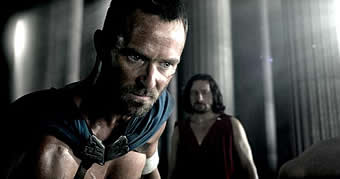 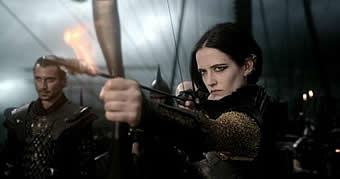 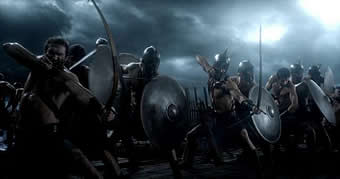 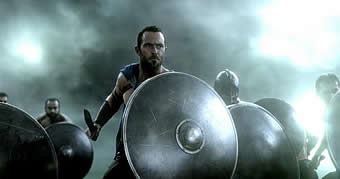 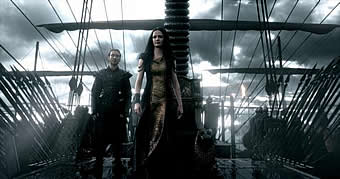