Synopsis:  After leaving his LAPD post following a bungled operation, Sheriff Owens (Arnold Schwarzenegger) has resigned himself to a life of fighting what little crime takes place in sleepy border town Sommerton Junction. After a spectacular escape from an FBI prisoner convoy, the most notorious drug kingpin in the hemisphere is hurtling toward the border at 200 mph in a specially outfitted car along with a hostage and a fierce army of gang members. He is headed, it turns out, straight for Summerton Junction, where the whole of U.S. law enforcement will have their last opportunity to make a stand and intercept him before he slips across the border forever. At first reluctant to become involved, and then counted out because of the perceived ineptitude of his small town force, Owens ultimately accepts responsibility for one of the most daring face-offs in cinema history.

Bruce Willis’ ‘A Good Day to Die Hard’ might be the box-office winner among the three new movies from Hollywood’s most enduring action icons – Arnold Schwarzenegger, Sylvester Stallone and Bruce Willis – within just the last two months, but we are willing to put our heads down to guarantee that you’ll find Schwarzenegger’s ‘The Last Stand’ the most entertaining one among the lot. Fast, funny and exciting, it is an excellent example of a star vehicle by a director who knows exactly what buttons to press and what gears to shift in order to get maximum mileage out of his lead actor.

Such a skill presumes that the director would be someone intimately involved with Schwarzenegger’s body of work in the past, so it does come as somewhat of a surprise that the person at the helm here is Kim Jee-woon, best known (and probably hired on the basis of) for his outlandish Western ‘The Good, The Bad and the Weird’. Though some parts of ‘The Last Stand’ do play like a modern-day Spaghetti Western, Jee-woon’s familiarity with the genre isn’t simply the reason why it works like a charm – rather, the Korean director understands not simply his audience’s expectations of Schwarzenegger, but also his star’s strengths and limitations, delivering ultimately a movie that plays handsomely to both.

Chief among Schwarzenegger’s traits is his age, this being the 65-year-old actor’s first major starring role since ‘T3: Rise of the Machines’ a decade ago. The lines on his face are indisguisable – ditto for his diminishing physicality – and both Jee-won and his screenwriter Andrew Knauer acknowledge it upfront in the dialogue and then work around it in the various action setpieces. Indeed, Sheriff Ray Owens is a role well-suited for Schwarzenegger, his backstory being an elite officer in the LAPD and the DEA before retiring honourably with five bullet wounds to show for it as the top lawman of a sleepy Arizona border town named Sommerton.

“I know what's coming,” Owen says before the chaos descends, “because I have seen enough blood and death.” The same can of course be said about Schwarzenegger’s own legacy, which Jee-woon honours by giving the actor an arsenal of high-powered artillery to supplement his waning bodily strength. Most impressive among them is a 1939 Vickers repeating gun owned by the goofball proprietor of a backyard gun museum, Lewis Dinkum – played by Johnny Knoxville for comic relief. Whereas the old Schwarzenegger might have gone at it alone, he now has a motley crew of deputies to help him along– the scowling veteran Figgie (Luis Guzman), the bumbling newbie Jerry (Zach Gilford), the dependable Sarah (Jaimie Alexander) and two last-minute additions in Sarah’s ex-boyfriend Frank (Rodrigo Santoro) and Lewis himself.

All that to stop the fugitive drug lord Gabriel Cortez (Eduardo Noriega), who’s escaped from Federal custody (led by Forest Whitaker’s Agent John Bannister) in a souped-up Corvette headed towards Sommerton to make a crossing into Mexico with some help (including Peter Stormare’s resident baddie Burrell). The premise is nothing to shout about, but Jee-woon pads out the buildup to that climactic showdown in the main street of Sommerton with some nifty sequences that make excellent use of the New Mexico locations – especially the finale where Cortez plays cat-and-mouse with Owens in their Corvette and Chevrolet respectively within a yellowed dried-up cornfield.

But more than just integrating the locations with the action, Jee-woon brings a certain leanness and discipline in staging the mayhem that few Hollywood directors have been able to accomplish. There is both rhythm and momentum to the unfolding chaos, not merely just noise and fury, and that precision with which the action is staged lends the proceedings a certain elegance that elevates it above genre B-movie fare. Jee-woon also balances the destruction with offbeat humour – courtesy of Schwarzenegger’s deadpan delivery and Knoxville’s eccentricities – and the combination of sting with zing is pure action-comedy escapist pleasure.

Of course, those expecting Schwarzenegger’s comeback to be something along the lines of ‘Terminator’ will likely be disappointed. This isn’t meant to be a film on that level, nor for that matter is the role of Sheriff Ray Owens designed to be something as iconic as that. Rather, this is both a movie and a character that embraces Schwarzenegger as leaner but also older than before – less invincible, more vulnerable but ultimately still able to kick ass when he needs to. Is Schwarzenegger the Action Star still relevant in this new decade? The answer after ‘The Last Stand’ is an emphatic yes, especially if he keeps making such vicariously enjoyable action movies for the adrenaline freak in all of us.

(A rollicking blend of high-octane action and deadpan humour, this modern-day Western from Korean director Kim Jee-woon is a delightful return for Arnold Schwarzenegger to leading man status)

THE SHEPHERD: BORDER CONTROL (2008)
Back 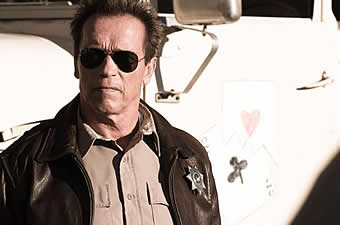 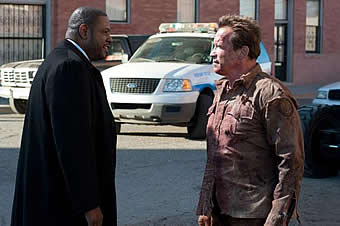 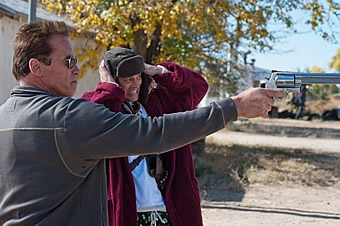 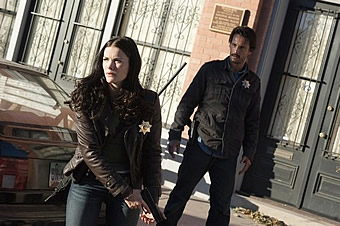