Synopsis: During the Manchurian-ruled Qing Dynasty, Emperor Yong Zheng established a secret assassination squad known as the Guillotines to eliminate all who opposed him. Once heavily favored by the Emperor, the Guillotines are deemed expendable once Emperor Qian Long ascends to the throne and adopts Western ideas and technology.

To consolidate his power under a new regime, the Emperor continues to use the Guillotines to persecute the conquered Han Chinese in a reign of terror and oppression. Led by master fighter Leng, the top ranked guillotine squad consists of five young warriors: Mu, San, Tai, Hutu and Buka. Serving the Qing Court unquestioningly, they have never failed in 348 missions to eliminate their targets.

But their success has made them arrogant and complacent. Their next mission is to eliminate Wolf and his Shepherd gang. During the operation, the squad manages to trap Wolf. Just as they are about to execute him, the squad commander orders that he be captured alive. He secretly plans to use Wolf as a pawn in his bid for power. Wolf’s gang of rebels ambushes the Guillotines in their moment of hesitation. Wolf escapes, taking Mu hostage.

With reports that Wolf has fled to the outer frontiers, the squad tracks him to a remote village outpost. On the other hand, the Emperor has sent his most trusted agent Du for the same mission and most importantly, to end the era of the Guillotines by replacing cold weapons with firearms. If only they make one false move, they will become the hunted. Facing annihilation, Leng and his Guillotines must outfight and outwit enemies from both sides.

Just so you are under no illusion of the lethalness of a flying guillotine, a thrilling opening sequence sees the titular group of assassins under Emperor Qian Long’s command using the feared weapon against a gang of rebels known as ‘The Herders’. Dispatched from its wielder like a flying wheel, it locks around its target’s neck, activating a volley of blades within capable of decapitating a head right off its body. It’s not a pretty sight no doubt, but still a perfect precursor for what is lined up.

‘The Guillotines’ is not a pretty movie; rather, things look perpetually grimy and gloomy- much like the fate of the assassins led by Nala Leng (Ethan Juan). Plucked as orphans from a young age, they know no family but their own fellow comrades in arms. Then despite being the most formidable of the Emperor’s soldiers, their status was never made official; lest the throne be accused of resorting to “dirty” methods to get rid of its enemies. And when the Emperor decides it is time for reformation, they are regarded as threats and hunted for dead.

In the hands of a lesser producer, such material might have been just the subject of another run of the mill big-budget period action blockbuster; but with Peter Chan on board, you can be sure that ‘The Guillotines’ will be so much more. And indeed you will not be disappointed, as Chan assembles some of his best screenwriters – Aubrey Lam (“Perhaps Love”, “The Warlords” and “Wu Xia”), Joyce Chan (“Bodyguards and Assassins”, “Wu Xia”) and Jojo Hui (“The Warlords”) – to pen a compelling story on power, leadership and loyalty.

Of the three, it is the last that gets most prominent play – not only are the Guillotines forced to re-evaluate their blind loyalty to the Emperor, their leader Leng is faced with an even bigger dilemma as he is made to choose between the brothers he has fought with and his childhood buddy and Imperial Agent Du (Shawn Yue) with whom he had sworn their allegiance with to the Emperor when they were mere children. Leng and his fellow agent Musen (Li Yuchun) are further challenged when their arch enemy Wolf (Huang Xiaoming) – the leader of the “Herders” – turns out to be much more than just an anarchist.

As bit by bit of each character’s background and motivations are revealed, the viewer is challenged to put aside conventional archetypes of hero and villain, good and bad, right and wrong. Even as the movie begins with an action-oriented approach, director Andrew Lau adroitly adopts a much more elegant character-driven narrative towards the second half – and it is indeed an achievement when each character turns out to be more morally complex than we would have expected when we are first introduced to them.

Yet even while maintaining an intimate focus on the characters, Lau doesn’t lose sight of the larger context against which the character struggles unfold. At the crux of the turmoil is the Emperor’s thirst for power, the need to enslave the Han Chinese perceived to be antagonistic to his authoritarian rule. Then when the Emperor first sends the Guillotines and subsequently a whole regimen of fire-armed soldiers to quell the unrest and demand obedience, the film thrusts into prominence the consequences of a rule by force, even if it is meant to serve a greater purpose of unification. Right until an empathetic speech at the end on the importance of a rule founded on respect, the movie cleverly earns real-world relevance in its lessons on reform and revolution – especially given the recent leadership transition in Mainland China.

Such lofty ambitions rest on the shoulders of a young and fresh cast – thankfully, each perform at least adequately according to the demands of their respective roles. Up and coming Mainland actor Huang brings an appropriately rebellious yet grounded touch to Wolf; while Juan and Yue are well paired with each other as the “brothers” whose friendship is tested by their supposed unwavering loyalty to the Emperor. Li, who also sings the theme song, is surprisingly affecting as one of the Guillotines forced to re-assess everything she knows when she is taken hostage by Wolf. And with Peter Chan’s assistance no doubt, the movie gets a nice boost from veteran actors Jimmy Wang Yu and King Shih-Chieh, who shine in their bit roles as the leader of the Guillotines and commander of the border Army respectively.

Compared to the excellent drama at play, the inevitable action sequences choreographed by veteran Lee Tat-Chiu seem to be merely perfunctory. Only two sequences – the first described at the start of this review and the second when Wolf’s men conduct a daring ambush in broad daylight to rescue him – see the famed ‘flying guillotine’ deployed in its full glory, with the rest consisting mostly of some of the biggest explosions you’ve seen in Chinese cinema. That’s not to say they aren’t well done, but the most absorbing parts of the movie still belong to the character drama.

Considering the troubled production history behind the film – conceived first as a remake of the classic Shaw Brothers’ film ‘Master of the Flying Guillotine’ and then losing first choice Teddy Chan as director – it’s to both producer Peter Chan and director Andrew Lau’s credit that the film is this outstanding. Deftly balancing complex character-driven drama with gripping action, Lau delivers one of his best and most challenging films since ‘Infernal Affairs’ – with Peter Chan proving once again that his Midas touch in films (whether as a producer or director) is still very much alive. Even though the Guillotines only lived as myth and were never officially recognised, this movie will go down as one of the finest examples of Chinese cinema this year.

P.S. If you’re thinking how the movie looks in 3D, let’s just say that while the action scenes are better off with the format, the rest – and majority – of the movie could do with or without.

(A compelling watch thanks to rich and textured character-driven drama based on gripping themes of power, leadership and loyalty) 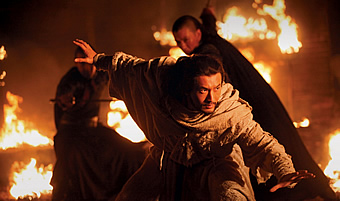 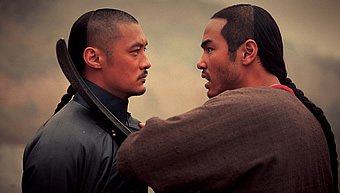 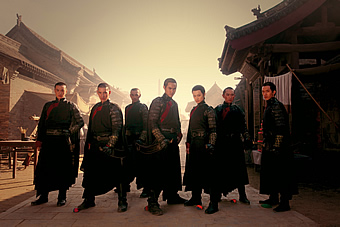 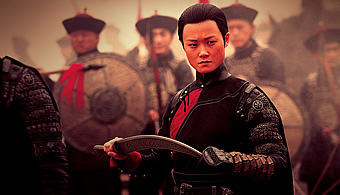 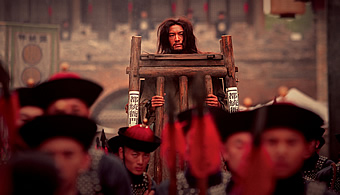 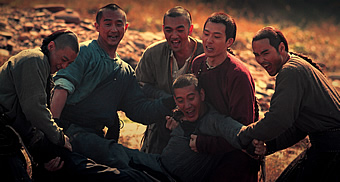