Synopsis: Based on the celebrated comic book arc, this epic action-adventure takes Wolverine (Hugh Jackman), the most iconic character of the X-Men universe, to modern day Japan. Out of his depth in an unknown world he will face a host of unexpected and deadly opponents in a life-or-death battle that will leave him forever changed. Vulnerable for the first time and pushed to his physical and emotional limits, he confronts not only lethal samurai steel but also his inner struggle against his own immortality.

The Wolverine backstory is a natural spinoff from the (mostly) celebrated X-Men film trilogy: not only is he a favourite among fanboys and females, but his origins, temperament and near-invincible mutant powers present endless possibilities for a tortured protagonist. After all, how do you beat an immortal mutant armed with adamantium claws, accelerated healing, and enhanced physical/ sensory capabilities?

This year’s “The Wolverine” explores the answers to that question. Based off a popular 1982 Marvel comic book arc, writers Mark Bomback and Scott Frank created another one-off digression from the ensemble movies. It's an attempt to skip past the unimpressive solo episode back in 2009 that was the Gavin Hood-directed “X-Men Origins: Wolverine”, which despite having intriguing characters like Deadpool and Gambit, managed to fall flat.

The movie picks up from when we last saw Logan/Wolverine (Hugh Jackman), grieving over having to kill the love of his life, the powerful telekinetic Jean Grey (Famke Janssen), who had been possessed by the Dark Phoenix in 2006’s “X Men: The Last Stand”. Broken down, he lives alone on the fringes of society, making his bed in the Yukon wilds and spending sleepless nights dreaming about Jean, who appears in multiple sequences in a diaphanous negligee looking and sounding completely out of character. She’s his id, personifying his guilt and suicidal inclinations. Logan identifies most closely with a random grizzly bear that ends up getting killed by a poisoned arrow, an incident that is likely a shadowy foretelling of the remainder of the story.

Logan subsequently crosses paths with Yukio (Rila Fukushima), a katana-wielding Japanese girl with precognition powers who’s tracked him down. She informs him that her employer Yashida (Hal Yamanouchi / Ken Yamamura), a man he once saved in World War II from the atomic bomb at Nagasaki, is dying and would like to say farewell. After some persuasion, he agrees to a short sojourn to Tokyo.

As it turns out, Yashida is a patriarch of a wealthy family with a formidable business empire that engages in significant power play. He extends the offer of taking Logan’s accelerated healing powers, positioning it as a generous move since he believes the Wolverine has a death wish. Understandably, our protagonist turns him down, and when Yashida passes away, he becomes the bodyguard of the old man’s graceful granddaughter Mariko (Tao Okamoto), who’s suddenly being hunted down by yakuza from every direction. An unfortunate encounter with a slinky nemesis and her poisoned tongue, Viper (Svetlana Khodchenkova), leaves Logan with suppressed powers – now he feels the aftermath of every gunshot, the wounds no longer close in a matter of seconds and loss of blood drains his energy.

Here’s where you appreciate Wolverine’s feral tenacity at its most inspiring: In spite of the pain, he gets up as many times as he falls down, and he doesn’t give in even when he’s out of depth. Presented with the very real possibility of mortality, with Mariko’s and Yukio’s help he begins to see the value in moving forward to create a worthwhile future. What unfolds subsequently will not surprise many, and the pacing at times can be trying for those just weaning off recent heavy-action flicks.

Japan is, as always, gorgeous on the big screen, pulsing with colour and brimming with a distinct eclectic style. This time though, director James Mangold’s choice of sets feels like a travelogue to the Land of Rising Sun. Pachinko parlours, bullet trains, love hotels, seedy backstreets and an obligatory shot of the iconic Tokyo Tower give the film a glossy sheen but undermine its substance. Hollywood's fascination with ninjas and samurai feels perfunctory when treated without sufficient care. Even the action scenes end up laughable when you consider how ludicrous most of it actually is. While newcomer Fukushima stands out for her tough-girl performance and finesse with a katana, the supporting cast is mostly unmemorable.

In spite of this, Hugh Jackman demonstrates on his sixth screen outing as the Wolverine the power of perfect casting. Intense and effortlessly athletic, he metes out violence with believably ferocity while convincingly portraying the character’s underlying emotional angst and suffering. Yet it is the post-end credits scene that is most ticket price-worthy: it may even make you realise how unsatisfying the movie you’ve just watched is.

(Punctuating periods of slow development with over-the-top action, this solo outing for Wolverine helps whet the appetite as we await the next X-Men ensemble film, which appears more than likely to top this one) 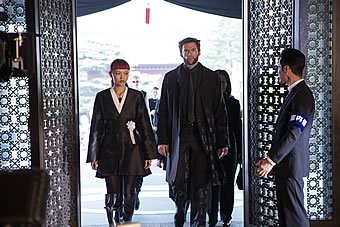 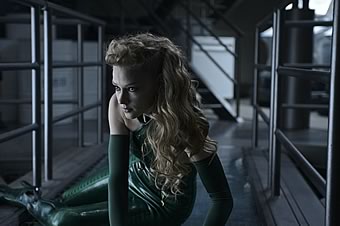 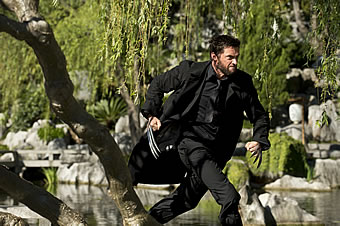 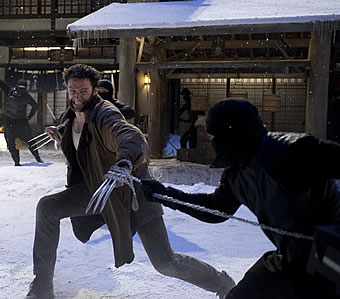 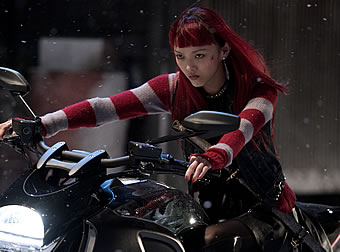 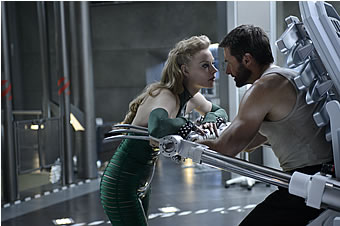