Synopsis: Rising stars Tom Hardy and Joel Edgerton command the screen as two estranged brothers facing the fight of a lifetime in Lionsgate’s WARRIOR, a moving, inspirational action drama from acclaimed director Gavin O’Connor (Miracle). Haunted by a tragic past, Marine Tommy Conlon (Hardy) returns home for the first time in fourteen years to enlist the help of his father (Nick Nolte) to train for Sparta, the biggest winner-takes-all event in mixed martial arts history. A former wrestling prodigy, Tommy blazes a path toward the championship while his brother, Brendan (Edgerton), an ex-fighter-turned teacher, returns to the ring in a desperate bid to save his family from financial ruin. But when Brendan’s unlikely, underdog rise sets him on a collision course with the unstoppable Tommy, the two brothers must finally confront each other and the forces that pulled them apart, facing off in the most soaring, soul stirring, and unforgettable climax that must be seen to be believed. A rousing ode to redemption, reconciliation and the power of the human spirit, WARRIOR is also a moving testament to the enduring bonds of family.

Take the family dysfunction in last year’s Academy-Award winning ‘The Fighter’, combine it with the underdog heroics of ‘Rocky’, and you get Gavin O’ Connor’s ‘Warrior’- a deeply engaging and edge-of-your-seat exhilarating sports movie set in the world of mixed martial arts (MMA). For the uninitiated, MMA is a full-contact hybrid of several styles of unarmed combat, which has been gaining popularity in the United States and around the world through tournaments such as the Ultimate Fighting Championship (UFC).

In fact, the UFC is referenced a couple of times throughout the movie- it is where the older of a pair of estranged brothers Brendan Conlon (Joel Edgerton) fought before settling down with wife Tess (Jennifer Morrison). Now a father of two young daughters, Brendan teaches physics at a neighbourhood high school, but an imminent foreclosure at the bank leaves him no choice but to moonlight at strip-club parking lots for a few hundred dollars a win. Word gets out, and Brendan gets suspended from teaching duties, presumably because no one wants a teacher who picks fights.

Brendan’s younger brother is the Iraqi Marine Tommy (Tom Hardy), who returns to his home town of Pittsburgh and stuns a group of experienced MMA fighters by knocking one of them stone cold in the ring after a practice bout. The match is You-tubed, soon becoming an Internet sensation, and Tommy is presented with a lucrative opportunity- the chance to compete in Sparta, the ‘Super Bowl’ of MMA held in Atlantic City and with a prize money of five million. To get ready however, Tommy makes the difficult decision of reconnecting with his father and ex-wrestling coach, Paddy (Nick Nolte).

Meanwhile, Brendan approaches his former mentor Frank Campana (Frank Grillo) to train for the same event- the threat of financial ruin just makes the prize money even more irresistible. You’ll know where this is leading- Tommy and Brendan will eventually go mano-a-mano at the final, bringing to a head their deep-seated resentment towards each other and their father. Both brothers had apparently left the alcoholic and abusive Paddy when they were young, but Tommy further blames Brendan for leaving him to care for their mother suffering from terminal illness alone so he can go get married to Tess.

They say blood is thicker than water, and so it goes when that blood is poisoned, it’s only going to be harder to cleanse it. Leaving the bouts for the second half of the movie, O’Connor- who co-wrote the script with Anthony Tambakis and Cliff Dorfman- uses the first hour to set up the complex relationships between his characters, revealing their backstories and their current circumstances which lead them onwards to a collision course. And with plenty of sensitivity, he makes the family drama resonate so strongly that even the hardest of hearts will be moved.

How can we not root for the working-class family man Brendan who only wants to provide for his family? How can we blame him for deliberately keeping his father away from his family, vigilant that he not repeat the sins of his father? And how can we not sympathise with Tommy, whose only family he acknowledges was killed by friendly fire in the heat of battle and who has made it his mission to win the prize money for his buddy’s bereaved family? Right at the heart of their bitterness is Paddy, trying to make amends to both sons during his old age, but finds his efforts stone-walled by their disdain. Each of these characters is essentially flawed, and like we all are, trying to make the best out of the broken lives they have, which is what makes them so compelling.

The investment O’Connor makes in his characters pays off immensely as we head into the ring proper. Together with d.p. Masanobu Takayanagi and no less than four editors (John Gilroy, Sean Albertson, Matt Chesse and Aaron Marshall), O’Connor delivers the JJ “Loco” Perry fight scenes raw, brutal and ferocious, putting us right in the thick of the action and ensuring that not one ounce of the excitement is lost. He also mirrors the disparate personalities of Tommy and Brendan in their individual fighting styles- Tommy, brash and filled with seething rage, finishes his opponents within seconds of the match; while Brendan, more calculated and patient, endures his opponents’ beating while waiting for a chance to pin them down.

The climactic fight between Tommy and Brendan is quite something else in itself- viscerally thrilling as any of the earlier matches, its true knockout punch however lies in its emotional weight, as the two brothers exorcise their own inner demons they have dragged into the ring with them. It is deeply moving and heartbreakingly poignant, made even more terrific by the standout performances of both Hardy and Edgerton.

The amount of physical work Hardy has put into the role is written all over his body, but more than just physicality, Hardy gives an intensely gripping portrait of a man filled with anger, hurt and bitterness. On the other hand, Edgerton is equally affecting as the family man goaded by circumstance to put his life on the line inside the ring. In a supporting role, Nick Nolte gives a tour de force performance as their father, racked by remorse over his past and struggling- yet failing- to get his sons to forgive him and accept him as family once again. A scene that sees him once again inebriated in a hotel room after being berated by Hardy the night before is probably one of the most emotionally powerful sequences you’ll see this year.

Thanks to the stellar performances all round, ‘Warrior’ rises above the typical sports movie to emerge as one of the best of its league. It is also the first movie built around the relatively new MMA sport, and O’Connor does an outstanding job capturing its grit, ferocity and intensity. But O’Connor also understands that some of the toughest battles are not fought inside the ring, but outside, coping with life and learning to forgive. Because it makes the fights outside the ring just as fierce as that inside the ring, ‘Warrior’ isn’t just thrilling in its action, but tremendously affecting in its real-life drama. Quite simply, this is one of the best you’ll see this year. 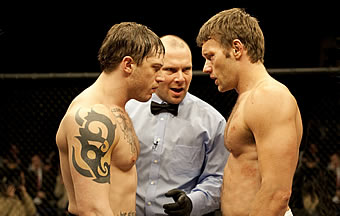 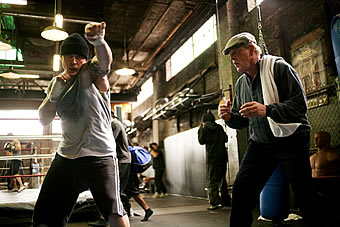 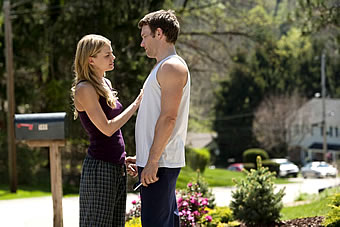 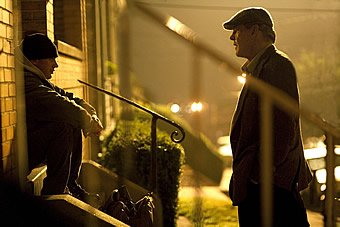 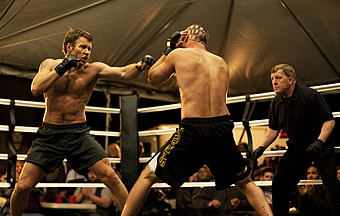 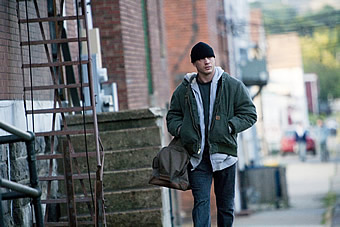