Synopsis: As an uncommonly gifted child, Yang Luchan had a fleshy abnormality that holds tremendous power growing on his forehead. However being teased as the town fool, Yang’s mother spurs him to practice martial arts, and following her wishes, Yang travels the distance to come to Chen Village to learn TAI CHI. At this legendary village, everyone practices TAI CHI and uses TAI CHI in every aspect of their lives. Nevertheless, it is forbidden for a villager to disclose TAICHI to an outsider, and Yang learned this the hard way. Upon arriving at the village, locals discourage Yang by challenging him with fights. From the strong men to hold ladies to children, everyone defeats Yang with their TAICHI moves. After facing the toughest battle and being defeated by Master Chen’s beautiful daughter Yuniang, Yang is determined to master the art of TAICHI and he needs to find Master Chen. Little does Yang know, the poor strange man who he befriended with is in fact Master Chen who then saved him from the duel with Yuniang. Master Chen realizes Yang’s genius and disguises himself to secretly guide Yang to his self realization of TAICHI. One day, a frightening steam-powered machine came to the village, lead by Fang Zijing, a childhood friend of Yuniang. He has bribed government officials to permit him to build a railway that will run straight through the village. Yang decided to join forces with Yuniang to defeat Fang Zijing and destroy the machine. This brave act may just win the hearts of the villagers…

A lot goes on in ‘Tai Chi Zero’ - the first in a planned trilogy that attempts a revisionist take on the classic martial arts movie – but too little of it registers in a memorable way by the time it is over. Inspired by the life of Yang Luchuan – founder of the Yang school of taichi – this kinetic frenzy of a movie sees director Stephen Fung drawing from broad pop culture and cinematic influences to create something fresh, fun and irreverent, though the end result is probably noteworthy only for its ambition.

Barely five minutes into the movie, you get the distinct sense that Fung is trying too hard. Opening with what is supposed to be an epic battle between the Imperial Forces and a band of resistance fighters, we are quickly acquainted with Yang’s supposedly superhuman powers that are unleashed whenever someone hits him on a small horn-like bump on the side of his head (and by the way, it is director Fung himself you see who first pushes that button). Not content to leave it at that, there is an unnecessary flashback that transports us to the day of Yang’s birth just to unravel his tragic childhood.

If what was supposed to be poignant turns up less so, it is squarely Fung’s fault, employing the silent film treatment complete with a playful score and old-fashioned inter-titles to convey the characters’ dialogue over the course of that flashback. That is when you also realise that Fung is serious about greeting all the famous celebs he’s managed to get to cameo in his movie, using captions to tell you who and where an actor playing a particular character comes from – including Hong Kong director Andrew Lau of ‘Infernal Affairs’ as Yang’s father and Shu Qi as his mother (and trust us when we see that his supposed reverence does get ingratiating after some time).

When we return to present time, Yang has blacked out and is advised by a physician (look, there’s legendary kungfu actor Leung Siu Hung!) to seek a new form of inner martial arts, as the brute methods he’s been learning so far will only drain his physical strength and lead to quick and certain death. So Yang escapes in search of the legendary Chen village, renowned supposedly for its tai chi techniques – though he will have to spend the rest of the first half of the movie convincing the villagers to teach their fiercely guarded moves to an outsider.

There’s never any doubt Yang will eventually earn the respect of the villagers, so the first half instead takes a light-hearted tone as Yang faces off against the various village pugilists (one of them played by kungfu veteran Xiong Xin Xin) a la video game style. Amidst the stylised visuals that resemble Edgar Wright’s ‘Scott Pilgrim Vs. The World’ in its pop-art, the film tries to earn some dramatic credit through Yang’s unusual tutelage from a solitary labourer (Tony Leung Kar-Fai), as well as the unwelcome arrival of the East India Company on the heels of former village boy Zijing’s (Eddie Peng) return.

The former follows the narrative convention of a wise old master teaching a brash young kid, while the latter adopts that of a humble village standing up for itself against the forces of modernisation (think ‘Chadni Chowk to China’). Except for the fact that the latter involves a massive steam-run metal machine called ‘Troy No 1’ that seems ripped from the celluloid of Barry Sonnenfeld’s ‘Wild Wild West’, both stories stick faithfully close to formula, and the emotional beats they are meant to hit seem all too perfunctory to resonate.

Ditto for a subplot that fails miserably at building some sort of love triangle between Zijing, the village beauty Yuniang (Angelababy) and an ‘ang-mo’ officer Claire (played by some Hong Kong Caucasian model whose name is among the many we cannot remember) – the dialogue between the apparently starstruck Claire and Zijing is so stilted it is guaranteed to make you cringe. Even with a surfeit of visual distractions, it is clear that the plot – which is really a mishmash of different genre types – is one of the movie’s weak points.

So too in fact are the stylistic choices that Fung settles for. It’s one thing to try to be different and another when you actually succeed – ‘Tai Chi 0’ unfortunately only manages the former. Indeed, all the elements for a good-ol throwback to the classic martial arts movie are in place – a true to life character, an ensemble of notable kungfu actors, and the evil Western revolution (think ‘Once Upon A Time in China’ – but Fung overdoes the cheekiness in messing with the form, and all that animation, comic book graphics and onscreen captioning just grows tired and tiresome too quickly.

Still, if Fung doesn’t have Stephen Chow’s wacky sense of humour to make this the next ‘Kung Fu Hustle’, his love for the martial arts actors of the past is never in doubt. He also does his bit for the kungfu genre by unearthing a new bunch of young actors – including casting a suitably charismatic Yuan Xiaochan in the lead role of Yang Luchuan. With Sammo Hung as action director, you can be sure that the numerous action sequences in the movie do not disappoint – and the ones between Yuan and other true-blue martial arts actors like Xiong Xin Xin are especially thrilling.

Thankfully, most of them do make it alive for the second-parter, which is slated to open just three weeks later. The ending is tantalising to say the least - what with two formidable swordsmen arriving at the gates of the Chen village to challenge Xiong Xin Xin and an army of Western battleships heading towards the Chinese coast loaded with big cannons promising bigger and noisier battles – demonstrating a lot of promise here for a new ‘Wong Fei Hung’-type franchise. While we’re not objecting to Fung’s choice for a playful and inventive take on the kungfu genre, he would do well to pay heed to the oft-told martial arts adage – restraint, and not excess, is what ultimately makes one potent.

(A reimagination of the rise of taichi that tries too hard to be playful and inventive at the same time, this mishmash of kungfu, comic book and steampunk ends up messy, unfocused and only borderline entertaining) 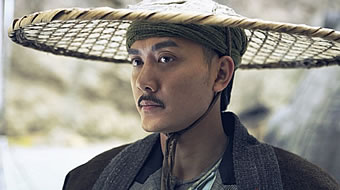 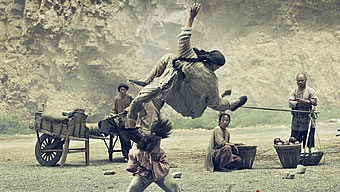 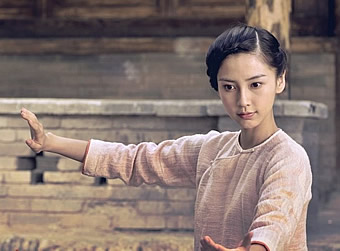 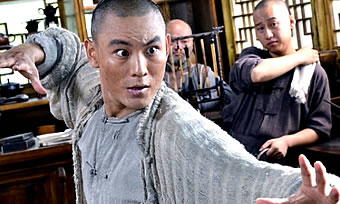