‘Tales From the Dark: Part 1’ sees a veritable roster of Hong Kong actors join forces with some of the most talented filmmakers from the territory to breathe life into the dormant horror genre.  Meant as the first instalment of a duology based on acclaimed Chinese writer Lilian Lee’s stories, its star-studded cast includes Simon Yam, Tony Leung, Kelly Chen and Susan Siu, with the likes of Yam (making his directorial debut), Lee Chi-Ngai and Fruit Chan behind the camera.

That pedigree alone is enough to get one excited over this high-concept anthology from Edko Films’ Bill Kong and Movie Addict’s Matthew Tang, which aims to bring back the glory days of the 1980s and 1990s where horror was a thriving genre of the Hong Kong filmmaking industry. Indeed, it’s been a while since there has been an authentic Hong Kong horror (the last we can remember is Wong Jing’s ‘Hong Kong Ghost Stories’ last year) and even longer since there’s been a decent addition, so you’ll understand why expectations are high.

Thankfully, despite a bumpy start, this first instalment of a duology does not disappoint, with two of the three shorts hitting their respective marks. It’s perhaps befitting that we begin with the unfortunate worst of the lot, Yam’s ‘Stolen Goods’. Casting himself in the lead role, Yam plays a down-and-out odd-job worker Kwan who turns to stealing urns and blackmailing their relatives for ransom in a desperate bid to make ends meet. Needless to say, it doesn’t go well for Kwan, who soon finds himself face to face with one of the dead.

The problem with Yam’s short is twofold. First, Lilian Lee’s own script spends too much time setting up Kwan’s sorry predicament - in addition to his unemployment, Kwan lives in a “coffin-sized” apartment where the only people he interacts with are a pair of inanimate rag dolls - and too little time making sense of the random ghostly images he sees, such as an obese ghost (Lam Suet) who cannot stop eating and two little girls locked out of their house. Second, Yam resorts too much to shrill noises and jump scares to elicit some reaction from his audience, such that it’s hard not to judge his attempt at building atmosphere as cheap.

It’s a good thing that it only goes on for a little more than a half hour, with Chi-Ngai’s ‘A Word in the Palm’ taking over to enliven the proceedings. Instead of a straightforward horror, Chi-Ngai (who both adapts and directs) injects delightful moments of levity into the story of a reluctant palmist who teams up with a New Age spiritualist to investigate a married couple’s claim of being stalked by a ghost. The plotting isn’t particularly ingenious, but what makes this entry the most entertaining of the triptych are Tony Leung and Kelly Chen’s warm and eccentric performances.

As the jaded palmist who can see ghosts but wishes not to and the hippy spiritualist who can’t see ghosts but eagerly wants to encounter one, Leung and Chen are amusing opposites who share great chemistry with each other. Nicely intertwined into the odd-couple’s investigation is Leung’s character’s own family troubles, his wife taking a vehement objection to his (literally) otherworldly business that he has agreed to set aside in order to spend more time with his son. Less scary than laugh-out-loud amusing, it ends hilariously on a high note that is bound to leave you with a wide grin.

Surprisingly, it gets even better with Fruit Chan’s ‘Jing Zhe’. Written and directed by the acclaimed independent director, it centres on the traditional practice of ‘villain hitting’ (or known as ‘打小人’ in Chinese) that is basically a means of cursing those who have wronged you. Susan Siu plays one such hitter, who gets her own comeuppance when she is approached by the ghost of a teenage girl (Dada Chen) to beat four individuals - three men and one woman to be exact - whose identities only become clearer later on.

Chan cleverly plays with the expectations of his audience, using a well-heeled middle-aged woman’s visit in the first half to exact revenge on his son’s wife and mistress to establish the practice and serve as precursor to the tragic conclusion. His narrative sleight-of-hand pays off dramatically with an emotional finish that makes this not only the most memorable among the shorts, but also the one that ties in most meaningfully with the moral at the end of each short. And as with his outstanding ‘Dumplings’ in Peter Chan’s 2004 anthology ‘Three… Extremes’, Chan puts his documentarian style to good use, striking an authentic note that suits the story perfectly.

By the time this anthology comes to a meditative close, you’ll probably have forgotten the somewhat questionable beginning it had with Yam’s ‘Stolen Goods’. Two out of three ain’t bad at all, especially considering how enjoyable Chi-Ngai’s ‘A Word in the Palm’ and how compelling Chan’s ‘Jing Zhe’ are. That still makes it on the whole a mighty fine addition to the Hong Kong horror genre, with the buck now on Gordon Chan, Lawrence Lau and Teddy Robin to complete this as a one-two perfect finish.

(Aside from a bumpy start by first-time director Simon Yam, this first-parter of a duology boasts a surprisingly entertaining entry by Lee Chi-Ngai and an unexpectedly compelling one by Fruit Chan) 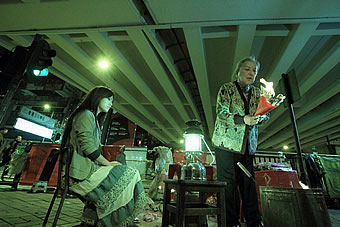 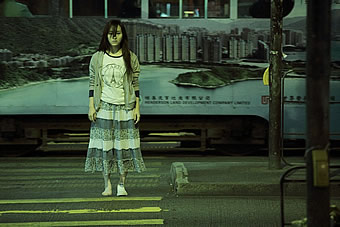 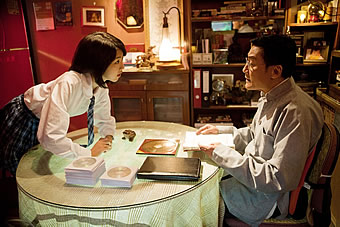 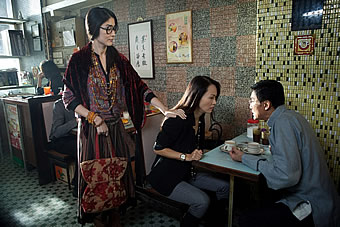 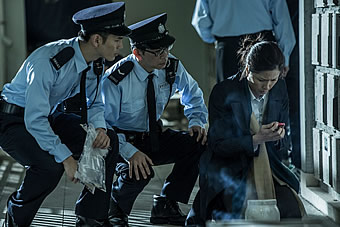 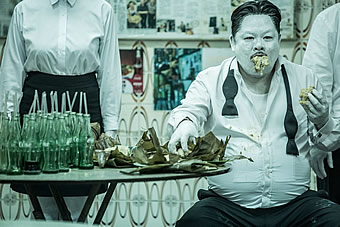 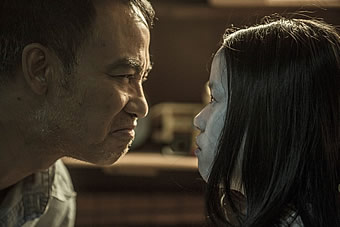