Synopsis: Simon (James McAvoy), a fine art auctioneer, teams up with a criminal gang to steal a work of art worth millions of dollars, but after suffering a blow to the head during the heist he wakes to discover that he has no memory of where he has hidden the painting. When physical threats and torture fail to produce answers, the gang’s leader Franck (Vincent Cassel) hires hypnotherapist Elizabeth Lamb (Rosario Dawson) to delve into the darkest recesses of Simon’s psyche. As she digs deeper into his broken subconscious, the stakes become much higher and the boundaries between desire, reality and hypnotic suggestion begin to blur and disappear.

In a world where the line between reality and illusion is constantly blurred, it can be hard to tell the difference between friend and foe, or truth and lie. Yes, this sounds familiar, and yes, you've probably seen it before. But we all know Christopher Nolan’s sci-fi mindbender Inception is a hard act to follow. Instead of artificially-induced dreams, hypnotism is the all-powerful psychological weapon for allaying fears and phobias in Danny Boyle’s Trance.

Art auctioneer Simon (James McAvoy) is involved in a heist to steal a Goya painting with a gang of thieves headed by Franck (Vincent Cassel). The inside job goes awry when Simon unexpectedly reneges on the agreed plan by cutting the canvas out and employing a taser on Franck, receiving a violent blow to the head in return. Amnesia results, and Simon loses all recollection of what he did with the painting. They employ the services of hypnotherapist Elizabeth Lamb (Rosario Dawson) to attempt to retrieve the all-important memory that would lead them to the artwork’s location.

Elizabeth’s profession consists mostly of calmly talking her patients through their cognitive struggles, or recreating alternative scenarios to elicit specific pieces of information. As a plot device, hypnotism as a psychological panacea is hard to digest without considerable suspension of disbelief on the viewer’s part. Furthermore, a portion of the population (5%, to be sure) is particularly susceptible to entering a trance-like state under hynotherapy; subjected to it for a prolonged period of time, such people may be manipulated into doing just about anything. Keeping this in mind, you begin to question every scene in the movie, and the implicit assumption is that Simon’s part of the 5%. With each therapy session, his mindscape is increasingly convoluted as the motivations of the three main characters begin bubbling up, spurred by romantic jealousy and hidden histories that need to be peeled back by force. Perhaps the only anchor in the story is that it is clear Simon, Franck and Elizabeth all want the Goya and are actively strategizing how best to win.

When the truth is finally pieced together, it looks simple, despite the complicated journey to its unveiling. It’s made all the more believable by Dawson’s acting. As a conflicted and morally ambiguous femme fatale, her performance goes beyond merely capitalizing on her undeniably overt feminine sensuality and sets Elizabeth as the centrepiece of the story. Meanwhile, the men encircling her pale in comparison. Failing to fully exploit the emotional spectrum of a man who is much more than meets the eye, McAvoy is oddly reminiscent of his role in 2008’s Wanted (the rather stylish action flick where he scored a kiss with Angelina Jolie). Like pulling on a seasoned leather jacket, Cassel similarly slips a little too comfortably into his character of a thief / gangster.

The opening scene of the auction heist is efficient and sharp, timed to pulsating beats typical of Boyle’s eclectic style. While there are strains of Trainspotting’s graphic grittiness and the rich sensory explosions of bright colour similar to Slumdog Millionaire to depict hypnotic haze, Trance is some distance from both. It even lacks the stellar soundtrack that Boyle usually accompanies his films with, feeling instead like an attempt to re-create Inception, complete with a mind-bending plot and open ending.

Although the story is chaotic and its characters possibly more so, Trance is visually enticing, slick and sexy: it should be more than capable of holding your attention for the length of its runtime.

(Heavier on style than substance, Trance is a slick thriller that may succeed in being somewhat absorbing, if you care enough to follow it through to the end) 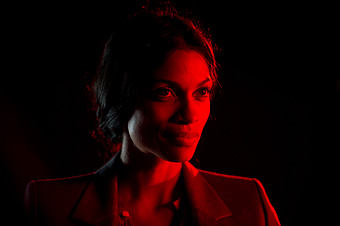 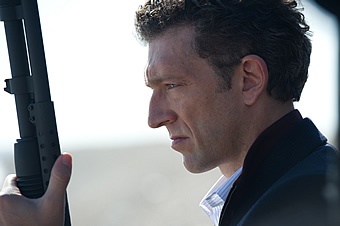