Since Dom (Diesel) and Brian’s (Walker) Rio heist toppled a kingpin’s empire and left their crew with $100 million, our heroes have scattered across the globe. But their inability to return home and living forever on the lam have left their lives incomplete.

Meanwhile, Hobbs (Johnson) has been tracking an organization of lethally skilled mercenary drivers across 12 countries, whose mastermind (Evans) is aided by a ruthless second-in-command revealed to be the love Dom thought was dead, Letty (Rodriguez).

The only way to stop the criminal outfit is to outmatch them at street level, so Hobbs asks Dom to assemble his elite team in London. Payment? Full pardons for all of them so they can return home and make their families whole again.

Really, how many franchises can claim to be at their best the sixth time round? But that is exactly where the ‘Fast and Furious’ team are at with this exercise in pure exhilaration. Just when we feared that it might be difficult to top the jaw-dropping finale in ‘Fast Five’ where key protagonists Dominic Toretto (Vin Diesel) and Brian O’Conner (Paul Walker) skidded a bank vault down the streets of Rio on two Dodge Chargers, director Justin Lin proves that he has reserved his best one yet for what has been announced as his final outing at the helm after four consecutive runs.

Continuing what began as an invigorating transition from streetcar racing to heist film the last time round, resident scribe Chris Morgan ups the stakes by pitting our favourite anti-heroes against their most dangerous opponent yet. That man is Owen Shaw (Luke Evans), an ex-SAS officer turned mercenary who leads a nefarious gang of criminals bent on stealing the components capable of assembling a lethal weapon to be used by terrorists. As Tyrese Gibson’s designated comic relief character Roman describes, Shaw’s guys are pretty much the evil twins of Toretto’s team, hence the return of other familiar supporting characters like Han (Sung Kang), Tej (Chris “Ludacris” Bridges) and Gisele (Gal Gadot).

Even as Morgan evolves the franchise, he understands that the character dynamics have been one of the highlights of each film, and this sequel to ‘Fast Five’ preserves and builds on the relationships that its predecessor established. Besides the budding romance between Han and Gisele (in our opinion, exotic and very nicely played) and the deepening of familial ties between O'Conner and Toretto’s sister Mia (Jordana Brewster) with the birth of their child, there is sensibly the return of Agent Hobbs (Dwayne Johnson), which through the last film, transformed from dogged adversary to unlikely ally.

It is Hobbs who reunites Toretto’s team together to pursue Shaw - the strategic equivalent of “fighting fire with fire” - with no less than the promise of full pardon if they succeed. Amidst the crowded ensemble, Morgan picks up on a new angle set in motion from the concluding events of the last film. Once presumed dead, Toretto’s former squeeze Letty (Michelle Rodriguez) has turned up as one of Shaw’s known associates, a good part of the quieter moments of the film spent rekindling the romance between the ex-lovers.

Of course, this isn’t a movie with many such moments - except for the occasional expositions about family - so you can forgive the lack of character development for new supporting additions Riley (MMA fighter and ‘Haywire’ star Gina Carano) and Jah (‘The Raid’s’ Joe Taslim); the former Hobbs’ new partner and the latter Shaw’s kungfu-kicking henchman. Instead, both Carano and Taslim are there to add a different flavour of adrenaline in the form of close-combat fight scenes, and let’s just say that they each get their own sequence to show off their respective moves.

But aside from an impressive bit of tag-team ass-kicking from Toretto and Hobbs against one of Shaw’s equally hulk-sized crew (Kim Kold), the bulk of the action is meant to unfold against broad open canvases, as opposed to close quarters. Lin neatly - and we might add, beautifully - choreographs three elaborate chase sequences with loads of automobile destruction that the franchise has been known for, even more extraordinary for how he manages to top one after the next.

In chronological order, Lin begins with a grand introduction to Shaw and his gang with an intricately staged chase down the streets of London - although the fact that Shaw’s military-styled vehicle looks like the Batmobile from Christopher Nolan’s ‘Dark Knight’ trilogy might provide a hint where Lin could have gotten his inspiration. Yet any doubts about Lin’s originality are quickly dispelled once we get to the second setpiece, a boldly imagined art of mass destruction matched equally in its stunning execution. As the trailer has amply teased, this one has Toretto and his crew behind the wheel in pursuit of Shaw and his men inside a tank on a Canaries highway.

The most breathtaking of all he leaves for last, which though utterly ludicrous, represents probably one of the most awesome stunt pieces you will see this year. Since no other film has dared to use cars to take down a Russian cargo plane about to take off, Lin does just that. Not only do Toretto’s team face off with Shaw’s mob in cars racing at near impossible speeds, they attach their vehicles to the wings of the plane with gleeful abandon to any thought of their own lives - though as a warning, not all will make it through to the already announced sequel next summer. If Lin intends to go out with a ‘bang’, let’s just say he accomplishes it many times over.

The exquisitely staged vehicular mayhem is complemented by a firm sense of camaraderie amongst Toretto’s group. Gibson’s one-liners are snappy and more amusing than they were in ‘Fast Five’, and his banter with Kang and Ludacris not only keep the film’s momentum going while the plot pieces are put in place but also establish the kind of teamwork necessary for the subsequent action scenes. And not forgetting the brawny charisma of Diesel and Johnson, which enliven the film as much as they did in the last one.

If you ask us to judge this against then-franchise best ‘Fast Five’, we’d say that this more than tops the fun and excitement that it offered. There are two qualities which make or break a ‘Fast and Furious’ film - how enjoyable is it to hang out with Toretto and his crew and how thrilling are the car chases. On both counts, this sixth entry surpasses the heights established by its predecessor, setting an even higher bar for its successor. But if the coda before the end credits is anything to go by, there’s plenty of reason to get excited for next summer’s follow-up.

(Team Toretto is closer and more fun than ever, but bold imagination and beautiful execution of some of the most exhilarating car chases ever done on film make this the unequivocal franchise best thus far) 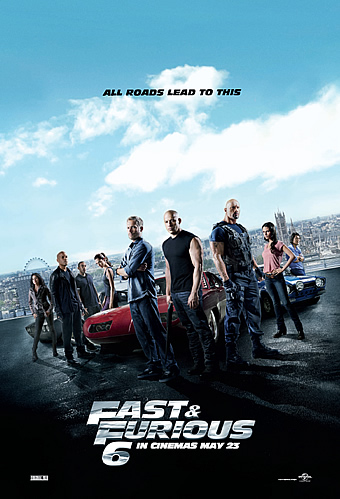 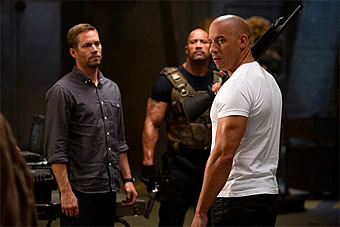 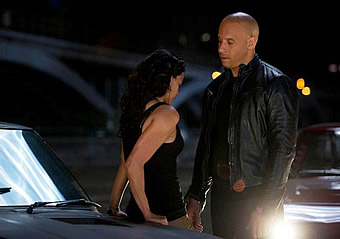 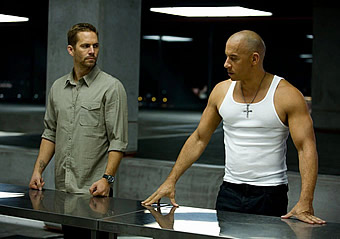 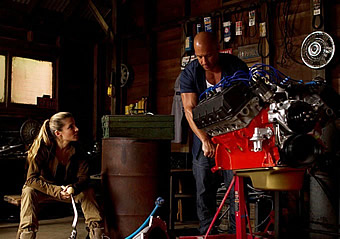