Synopsis: An ensemble romantic comedy, LOVE IN SPACE is the follow up to the directing team’s box office hit, HOT SUMMER DAYS. The story follows a mother and her three grown daughters as they juggle their assorted love lives. Each woman is successful in everything except love – until they unexpectedly encounter new romances in Beijing, Sydney and even on the moon.

It seems that one good turn deserves another, with the filmmakers Tony Chan and Wing Shya returning to helm yet another anthology of love short stories assembled into a feature film. The formula's not unique with almost every film industry out there having put out similar works, featuring an ensemble of stars to draw in the crowds, sometimes having leads paired up for the first time to see if their chemistry works. To up the ante this film features spatial distances in which the stories are set in, from Beijing to Sydney and to the piece de la resistance in Outer Space, giving opportunities for the effects crew to simulate weightlessness for the actors.

Collectively the stories all deal with different aspects of love, that for the romantic die hard will find something familiar, yet wanting to see if new spins could be put to what normally worked. In a single mother household with three daughters named after flowers in Rose (Rene Liu), Lily (Kwai Lun Mei) and Peony (Angelababy), Love in Space tackles the love lives of all three sisters in separate narrative threads until a mini convergence occurs for the final act, which you know must happen because formula dictated it to be so. And as three sisters, each of their romantic experiences couldn't be more different, that play on their personalities and how they shape the development and outcome of their relationships.

The anchor story to marquee and headline the film is of course the one set in space, this segment features Rose and her estranged beau Michael (Aaron Kwok) being the only team of two astronauts sent on some frivolous mission, only for the close proximity and anti-gravity environment forcing them to think about their relationship before and why they broke off, and the chance of a reconciliation in the future. It's perhaps unfortunate that it's the one with the emptiest of emotions in its story, where both Liu and Kwok had no chance of resuscitating the rather bland plot that featured more kitsch bickering between the two parties than real heartfelt feelings, where both their characters' egos stand in the way of their declaration of love.

Its gimmick also compelled you to discover any loopholes in its simulation of weightlessness, drawing too much attention to the filmmaking detail when normally one would gloss over especially if this is a Hollywood film; not being so somehow caused it to be under intense scrutiny whether the weightlessness on display matched what we have seen before in other films that deal with space missions. At times it looked rather unpolished, but on the whole it's still one heck of an achievement as far as Pan-Asian films go.

Between the three main narrative threads, Lily's story seemed to be the strongest of the lot, perhaps because of Eason Chan's charismatic presence playing the son of a garbage collector (cameo by the legendary Gordon Liu). It's a tale of opposites attracting, with one suffering from OCD and has a compulsiveness for cleanliness, and you'll see the obstacles set forth in itself. Both Eason Chan and Kwai Lun Mei paired opposite each other well, with quirky characters put into quirky situations, with some of the most subtle gestures bringing out loads of meaning with so little being done. Chapman To also has a short, comical scene as Lily's psychologist.

And for a film co-funded by Chinese money, you can bet your last dollar that a segment shot in Beijing, and featuring its current bevy of stars, will make it to the plot. In this one, actor Jing Boran plays a down and out writer who has to cut his losses when his career makes no headway, taking up a job at a cafe which his friend recommended and assisted him to snag. Along the way he meets Angelababy's Peony, arguably one of the worst actresses in China whom we see getting awarded the equivalent of the Razzie. In order to research her new role as a waitress, she temps at the very same cafe under disguise, and the story builds upon a relationship whose foundation is a lie. Obviously dealing with the gulf in social status and standing, this segment is perhaps the most back to basics and simplest in approach, saccharine sweet in the way romance develops, on the back of a watermelon cart.

It's a pity that the centerpiece of the entire film turned out to be its weakest narrative link, complete with unnecessary melodrama and somewhat unintentional comedy especially during what was supposed to be a moving scene. If not for the star presence in the other two segments and being stronger stories, this film, with its smattering of Mandarin, English and Cantonese, would have risked becoming a vacuous void once its space setting novelty was over, sucking whatever heart the stories tried so hard to put on display. 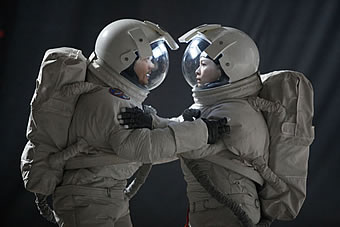 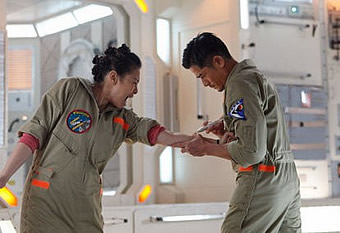 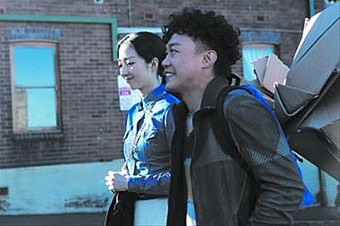 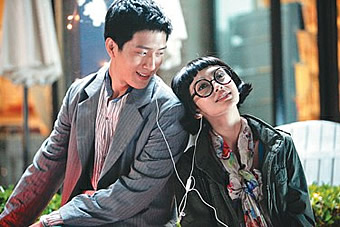 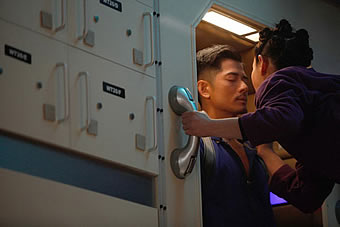