Synopsis: Saving General Yang is based on the legendary Generals of the Yang Family. An epic tale about the renowned Song Dynasty's military defense headed by the clan of Yang against the nomadic Northern nation the Liao, sometimes also known as the Khitans in accounts of ancient Chinese history. Head of the Yang clan is the charismatic old veteran general, Yang Ye, who is also the father of seven sons, namely Ping, Ding, Ang, Hui, De, Zhao and Si. The seven young men possess different temperaments and characters, but they have to join forces and wits when their father is taken by enemy forces.

Joining a line of movies about the Yang family generals that has grown longer than their lineage is Ronny Yu’s ‘Saving General Yang’, an earnest if slightly underwhelming recount of the bravery of their seven sons who rode forth into war to rescue their embattled father. As far as such big-budget historical war epics are concerned, Yu’s addition stands out as an exemplary example of how to do large-scale action sequences right, though its simplistic story and underdeveloped characters prevent it from joining the leagues of ‘Red Cliff’ and ‘The Warlords’.

Co-scripting with Edmond Wong (aka producer Raymond Wong’s son and writer of the Wilson Yip-Donnie Yen ‘Ip Man’ movies) and Scarlett Liu, Yu keeps the story straightforward in fleshing out the themes of “忠孝仁义” – translated literally as loyalty, filial piety, humanity and justice – which the Yang warriors are supposed to personify. A border war with the Khitans from the North sees the decorated General Yang (Adam Cheng) rising to the call of his Song emperor, but he and his frontline troops are betrayed by their supreme commander Lord Pan (veteran martial arts actor Leung Ka-Ying) when the latter leaves them to fend for themselves upon an enemy ambush. To the aid of the wounded and outnumbered General Yang are his seven sons, each of whom make a solemn promise to their mother (Xu Fan) to bring dad home.

Apart from a red herring by a prophet who foretells that “seven sons will go but only six will return”, the plot is generic to the point of being bland. Quickly whittling down the good guys to just General Yang and his sons, what unfolds is a series of cat-and-mouse chases as the Yang clan attempt to evade a certain Yelu Yuan (Shao Bing) and his band of about 100 Khitan warriors, the former of whom bears a personal grudge against the veteran Yang for killing his father in battle years ago.

In order to care about the subsequent fates of the Yang brothers, one must first be able to identify with them – and we’re not talking about differentiating which actor plays which part. Unfortunately, the characterisation is shallow at best, rarely venturing beyond the badge of loyalty and heroism that every one of the seven brothers is supposed to wear so proudly on his sleeves. Among the seven, more attention is comparatively spent on the Sixth and Seventh Brother (Wu Chun and Fu Xinbo respectively) – the former we learn is deeply in love with the Emperor’s sister Princess Chai (Ady An) and the latter is portrayed as an impetuous wild card often disobeying his father or his elder brothers’ instructions – but neither fails to engage beyond a superficial level, except of course if you’re already biased for that character based on your fondness for the actor (here’s looking at you Wu Chun fans).

Instead, what becomes clear over the course of the movie is that plot and character are just devices for Yu’s elegantly staged action sequences – with the help of veteran action choreographer Dong Wei of course. The first of these immediately grabs your attention as the Yang warriors overcome their disadvantage in numbers with a smart tactical manoeuvre that literally lights up the sky over their enemies; and the rest that follow are no less rousing. Yu ensures that each of the brothers has his own well-defined personality on the battlefield owing to a certain weapon of choice – be it First Brother’s (Ekin Cheng) ‘guan dao’, Third Brother’s (Vic Chou) bow and arrow (a la ‘Legolas’) or Fourth Brother’s (Li Chen) twin cleavers.  No matter which member of the ensemble cast you are a fan of, rest assured that each gets his own time to shine on the field – though particularly memorable is Third Brother’s poetic and edge-of-your-seat gripping one-on-one with a rival archer amidst a field of tall grass.

In turn, the who’s who of male celebrities in Chinese (and by Chinese, we mean Mainland China, Taiwan and Hong Kong) cinema acquit themselves with competent to impressive physical turns. Deserving of special mention is Wu Chun, whose performance in the film’s climax will surely have his fans cheering, and whom brings the right mix of naivety and maturity to a role that grows increasingly significant as the film progresses. There is also plenty for Ekin Cheng’s fans to cheer for, as the once immensely popular Hong Kong actor gets probably his meatiest role in recent years that harks back to his ‘The Storm Riders’ and ‘A Man Called Hero’ films. And in a rare big-screen appearance, Adam Cheng brings gravitas and depth to his patriarchal character who is both a stern and a loving father at the same time.

Such a star-studded cast is reason enough to see ‘Saving General Yang’, though one had hoped that Yu and his fellow screenwriters could have adopted a more character-driven narrative that would certainly have made the familiar story a more compelling one. Nonetheless, Yu's first film in seven years after the critical and audience hit ‘Fearless’ still sees the veteran director bring a solid and assured directorial hand to offer thrilling blockbuster entertainment.  As for learning more about the Yang family, that will have to wait for the next Yang Generals movie, which we are sure will not be too long away.

(Even if you know the story, this thoroughly engaging historical war epic still packs plenty of big-budget action for a thrilling time from start to finish) 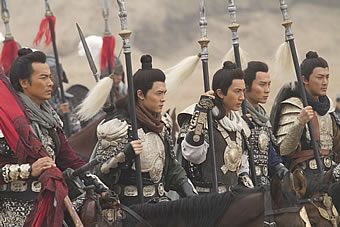 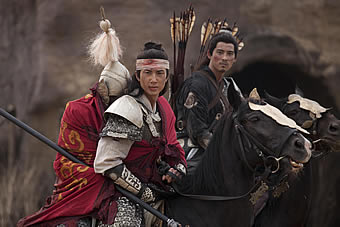 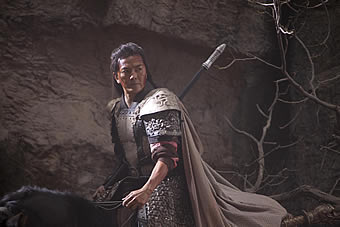 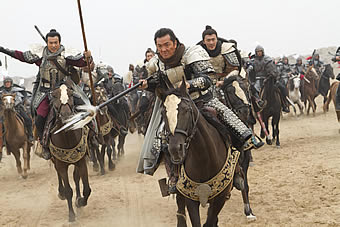 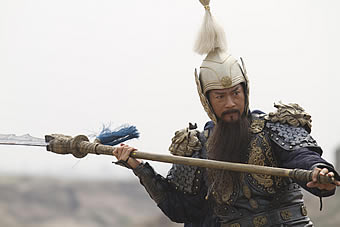 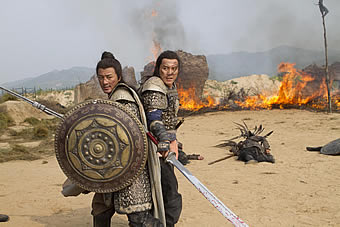 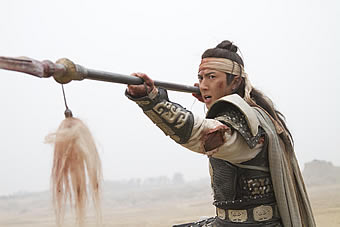 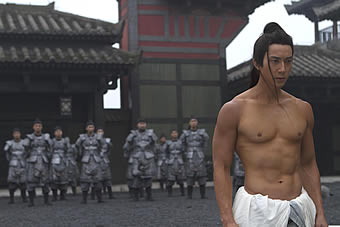