Synopsis: Akane is a high school teacher who hears a rumor from her students that there is actual footage on the Internet of someone's suicide. The footage is said to drive anyone who sees it to also commit suicide. Akane does not believe the rumor at first, but when one of her female students dies after viewing the footage, she and her boyfriend Takanori are fatefully drawn into the horror that has been created by the man who appears in the suicide footage, Kashiwada. Kashiwada's intention is to create chaos in the world by bringing back Sadako and the power of her curse. This reminded Akane of an incident which happened during high school when she saved all her fellow classmates lives with a scream, from then on, everyone started outcast her. What special powers does Akane have to overcome the horror from Sadako? This triggered off a battle between Akane and Sadako, now Akane has to fight against Sadako and Kashiwada to save the lives of herself and Takanori.Will Akane overcome all difficulties to save her boyfriend Takanori and the world?

Back when the world was first introduced to the creepy long-haired girl in white that came after a viewing of a cursed videotape, the goggle box in the living room was probably the only device one needed to fear. Today, the invasion of the electronic screen into every nook and cranny of our lives is so pervasive that we’d probably be staring at fear itself no matter where we turn- and it is precisely this reality that ‘Sadako 3D’, the fifth official entry in the ‘Ring’ series, exploits.

In one of the more effective sequences of the movie, our protagonist Akane (Ishihara Satomi) flees the all-girls school she is teaching at to get away from the multitude of computer screens within, only to be confronted on the street by electronic billboards above and around her. It is a clever reflection of the world we live in today, dominated by second, third and fourth screens of different sizes and dimensions. Speaking of dimension, an additional dimension of fear has also been added in the form of depth, another phenomenon that ‘Sadako 3D’ gladly takes advantage of.

Yet despite these virtues, director Hanabusa Tsutomo’s adaptation of original creator Koji Suzuki’s newest addition to the series is a hugely disappointing entry that sullies the reputation of the franchise. Instead of the grippingly eerie atmosphere of Hideo Nakata’s first film, we get cheap ‘boo’ scares that dissipate as quickly as they appear. Instead of a genuinely spine-tingling central character in Sadako, we get a young teenage girl with superimposed red eyes and inexplicably numerous spider-like ‘Sadakos’ that end up unintentionally amusing. And instead of some intriguing village folklore surrounding Sadako, we get some lame excuse in the form of a limp revenge plot concocted by a vengeful artist.

Yes, Tsumoto’s ‘Sadako 3D’ is such a deeply flawed movie that one can’t help but lament at the caricature the central character has become at the hands of a clearly inept director. Tsumoto was also behind the screenplay and he and co-writer Fujioka Yoshinobu are just as incompetent in sustaining any dramatic momentum in the storytelling. Despite hewing closely to the template of the original movie in having a female protagonist on the hunt for Sadako, the duo fail to replicate the former’s riveting buildup of fear or dread, chiefly because Akane isn’t given much of a mystery to decipher in the first place. Couple that with a haphazard manner by which various supporting characters chance upon the said cursed footage and meet their death, and you have a narrative that basically makes little sense.

But none of that compares to the appalling CGI employed for Sadako. It says a lot when the Sadako of fourteen years ago looks more realistic than the Sadako here- and that is apparent right from the opening shot with a woman falling down a well. Even if we are willing to overlook the perspective issues of this oft-repeated shot, the use of CGI in Sadako’s appearance from a computer screen or smartphone is simply awful, driven solely from the perspective of the third dimension with little thought of other spatial considerations.

Most dreadful- and worthy of reiterating- is the laugh-inducing climax where tens of Sadako-wannabes go after Akane in pure arachnid fashion. For no other reason other than the fact that it must have been hard crawling out of smaller modern-day screens, our supposedly fear-inducing character has suddenly been reduced to a long-legged creature monster that moves with extraordinary speed. Not only that, Akane also makes the transformation from scared schoolteacher to spider-buster, vanquishing her pursuers with a simple wield of a metal rod. Humour was probably not Tsumoto’s intention for this drawn-out ending, but there’s little else it offers.

Regrettably then, this seemingly prescient entry into the ‘Ring’ mythology is a complete letdown. Instead of offering a new dimension in horror, it careens into unintentional humour and just about erases any lasting memory of why Sadako was so terrifying in the first place. Like most franchise entries with ‘3D’ prominently displayed within its title, it is no more than a cash-grab attempt at exploiting the extra dimension with a lame rehash of a previously successful horror that did just fine in 2D. With such a feeble return, this Sadako might as well have stayed in the well- which is where you want to kick it under after you’ve seen it.

(A pointless attempt at revisiting a classic horror with the addition of 3D, this poorly conceived return of Sadako is missing everything that was good about the original) 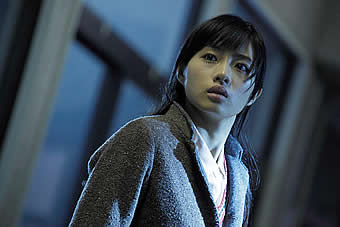 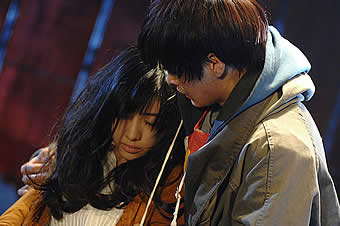 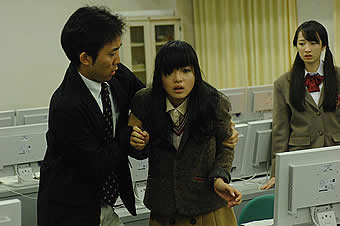 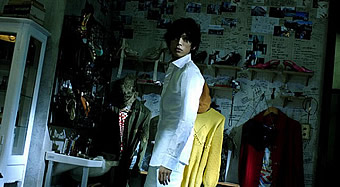 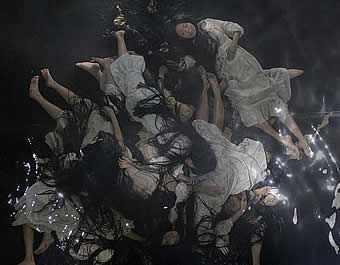