Synopsis: When WILL SHAW (Henry Cavill) arrives in Spain for a weeklong sailing vacation with his family, the stressed young businessman is not in a holiday mood. His startup company is in trouble and his tense relationship with his disciplinarian father MARTIN (Bruce Willis) only makes matters worse. But when the family is kidnapped by what turns out to be intelligence agents hell-bent on recovering a mysterious briefcase, Will suddenly finds himself on the run. His whole world turns upside down when Martin reappears, revealing he is an undercover agent tangled in an intergovernmental web of lies and secrets.

It’s hard to really pin down what The Cold Light of Day is supposed to achieve. It reads like a concept reel for emerging leading man Henry Cavill who will proceed to star as Superman in next year’s Man of Steel but it makes so many concessions to the sensibilities of a spy movie that it’s never going to be a real jumping point for Cavill. Director Mabrouk El Mechri is almost entirely to blame here, making the most unremarkable decisions that force us to reexamine the intrinsic cleverness of spy fiction. The result is a watery, meandering spy movie that manages even at its best moments to be completely ordinary.

Will Shaw (Henry Cavill) is barely a day into his vacation in Spain when financial problems at home in San Francisco threaten to shorten the trip. After a dispute with his father (Bruce Willis) on the family’s rented boat, Will decides to swim ashore for a break. He returns to find his family gone and a call for help at the local police station ends in more trouble. Discovering that he can recover his kidnapped family by giving up a certain briefcase, Will must beat the clock to unravel the underlying mystery but not before he encounters corrupted CIA agent (Sigourney Weaver) and his lost sister (Verónica Echegui).

On one hand, it’s easy to be enthusiastic about engrossing yourself in the story but on the other, The Cold Light of Day gives very few reasons why you should. Better spy movies have thrived on providing viewers with at least some clue on what motivates each character to retrieve an important object, kill a person or escape from capture so the audience can make sense of what transpires onscreen. The Cold Light of Day, quite questionably, never reveals or alludes to the life-or-death contents of the briefcase, meaning the biggest difficulty is in believing the necessity of all the carnage. It’s perfectly reasonable that Will is willing to fire his first shot and participate in a mad car chase only because he wants to save his family. But it’s hardly convincing to have pockets of mercenaries and agents chasing a briefcase that might as well be empty.

Such is the silliness of The Cold Light of Day that it often struggles to establish what exactly any of its characters intend to accomplish. If Weaver’s character is indeed the CIA agent she claims to be, then she must be the dumbest agent to ever be enlisted. With the briefcase already tucked away in her car seat, she turns a mission-accomplished situation into a senseless civilian killing spree as she trades car paint with Will’s vehicle down the busy streets of Madrid. Spy movies usually ask the audience to forgive some disbelief in order to enjoy them but The Cold Light of Day is by far the most demanding. The slightest bit of investigation into the weak plot will crumble the movie faster than a fragile egg tart.

Fortunately, there remains a vestige of believability in Will. As an innocent civilian unwittingly hooked into a web of dangerous games between mercenaries and agents, Cavill brings a sort of genuine clumsiness to his role, allowing the audience to easily buy his character. For this reason, there won’t be any explosive set-piece or many scenes featuring hand-to-hand combat. There’re a few tricks to prevent the action scenes from becoming too stale and while some of the stunts are decent efforts, others don’t always work. Handcuffed between the tragic decision to set most of the action scenes in the night and the already blurry shots of fast-moving action taken by handheld cameras, you would be hard pressed to find any shot of action that isn’t obscured in any way.

It’s a shame because The Cold Light of Day has a talented cast which can actually do justice to the action. However, none of them bothers to offer a performance that’s required to make other scenes work. Cavill comes across poorly as a man who’s truly shocked that his family’s been kidnapped, responding to a call from the kidnappers with an uncanny calmness while Weaver maintains a surprisingly stoical composure throughout. Willis’s character is quickly written out of the story before he could show his acting chops. In a year filled with other spy movies like Total Recall, The Bourne Legacy and the upcoming Bond film, The Cold Light of Day looks like a distant relative. 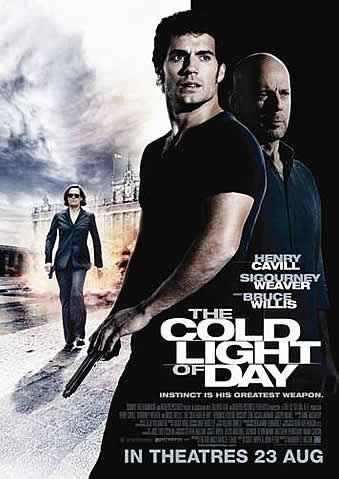 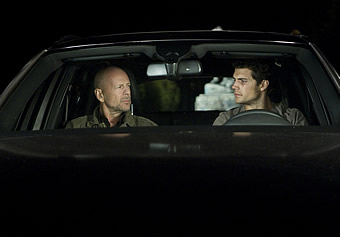 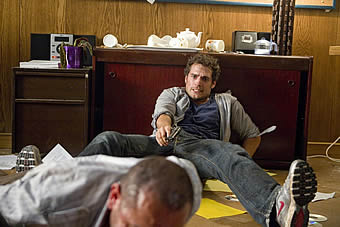 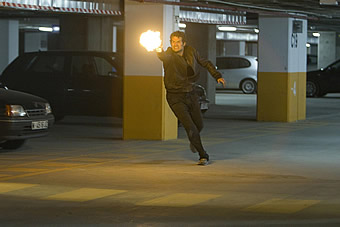 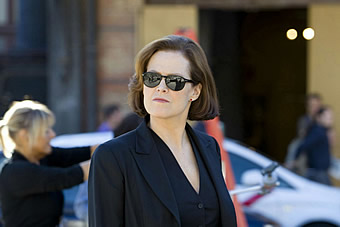 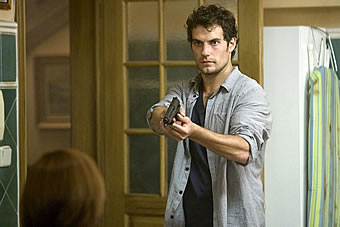