Synopsis: ALL ABOUT LOVE is an urban comedy in which former lovers Macy and Anita coincidentally get together again by unplanned pregnancies from their respective one-night stands. While the 2 bisexuals are clearly in love, things are complicated by Macy's reluctance to commit and the accidental fathers.

Despite critical acclaim, Ann Hui’s recent movies like “Night and Fog” and “The Way We Are” didn’t manage to get a theatrical release in Singapore, and her latest “All About Love” in fact marks the first Ann Hui movie to be shown in cinemas in about a decade- though one suspects that this is more likely a result of anticipated audience interest over its lesbian themes than actual merit. Indeed, while “All About Love” boasts many of the trademarks of Ann Hui’s social dramas, this is quite possibly one of her weakest efforts of late- especially given the quality of her two earlier works mentioned above.

The fault though doesn’t lie with Ann, but rather with Yang Yee-Shan’s script (or the lack thereof). Yang was the screenwriter of the Herman Yau films “Whispers and Moans” and “True Women for Sale”, which tended to be social observations of unique groups of individuals in Hong Kong society- in the case of the Herman Yau films, sex workers. Her focus this time round is on lesbians, and for better and for worse, “All About Love” ends up having the same strengths and weaknesses as her earlier films.

There’s no doubt that she touches on interesting subjects here, most prominently about gender and family politics in modern-day Hong Kong. That is the circumstance facing Macy (Sandra Ng) and Anita (Vivian Chow), former lovers who meet years later when they are both pregnant and find themselves falling in love with each other again. Yang’s plotting here shows ingenuity- while one may expect the fathers to want to have nothing to do with the babies to give even more excuse for Macy and Anita to hook up, Yang makes it clear that the fathers (Eddie Cheung and William Chan respectively) actually do want to be involved.

The absence of the male figures significantly in their respective lives- Anita for instance finds herself increasingly discriminated at work for being the pregnant single mother, which only strains her relationship with Macy. Yes these are issues typical across “patriarchal societies”, exacerbated by “heterosexual hegemony”, and Yang’s attempt to highlight these for discussion is definitely admirable. The problem is, she mostly does just that- discuss them- when one would expect the film to portray them.

The didactic approach Yang takes shouldn’t be surprising from her previous works, but in this instance, “All About Love” is less of a film because of it. There is a lot of talk going on especially when Macy gathers with her group of friends of similar sexuality, but these don’t go much further beyond coffee-table discussions of hot-button social issues. She does try to illustrate how these may affect her characters, but that turn comes too late into the story and too strained to inspire much credulity. It also means that there’s not nearly enough character development to make the audience identify with Macy or Anita, and by the end of the film, both tend to be as distant to us as they were at the start.

To Ann Hui’s credit, she does try to make the film livelier by giving it a great sense of place amongst Hong Kong’s Mid-Levels neighbourhood. Macy and Anita first meet along those signature escalators, and most of their time spent outdoors is played out against familiar Hong Kong backdrops near the trendy Hollywood Road. The excellent cast also go a long way to making their performances credible. Sandra Ng is especially lively as Macy, and her easygoing charm is infectious- as is that of her supporting cast, Eddie Cheung and William Chan. She also compensates for the somewhat wooden performance of Vivian Chow, who makes a much-touted though disappointing return to the big screen after a 15-year absence.

And one can probably say the same of this film, which is admirable in its intentions of bringing to light gender and family issues within a distinct Hong Kong context. However, there is too much telling and not enough showing- both in terms of story and characters- and despite the best efforts of director Ann Hui and the exuberant Sandra Ng, “All About Love” doesn’t quite come alive as a film and ends up being a disappointing entry especially in light of Ann’s recent illustrious streak.

(A lot of talk, but too little story and character development, leaves Ann Hui’s latest less of a film than a didactic lesson in social observation) 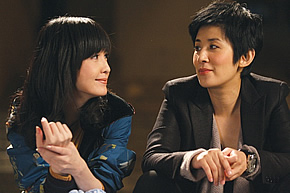 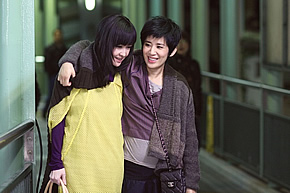 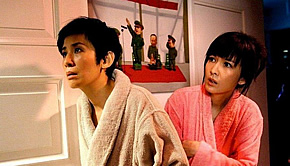 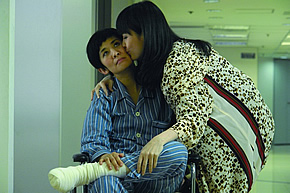