Synopsis:  The Amazing Spider-Man is the story of Peter Parker (Garfield), an outcast high schooler who was abandoned by his parents as a boy, leaving him to be raised by his Uncle Ben (Sheen) and Aunt May (Field). Like most teenagers, Peter is trying to figure out who he is and how he got to be the person he is today. Peter is also finding his way with his first high school crush, Gwen Stacy (Stone), and together, they struggle with love, commitment, and secrets. As Peter discovers a mysterious briefcase that belonged to his father, he begins a quest to understand his parents’ disappearance – leading him directly to Oscorp and the lab of Dr. Curt Connors (Ifans), his father’s former partner. As Spider-Man is set on a collision course with Connors’ alter-ego, The Lizard, Peter will make life-altering choices to use his powers and shape his destiny to become a hero.

Ten years might seem too soon to reboot a franchise, but after the bloated and lacklustre ‘Spiderman 3’, going back to basics isn’t that bad an idea after all. That’s exactly what ‘The Amazing Spiderman’ does, booting out previous franchise stalwarts Sam Raimi, Tobey Maguire, Kirsten Dunst and James Franco for up-and-coming director Marc Webb (with only the indie feature ‘500 Days of Summer’ under his belt) and similarly on-the-up stars Andrew Garfield and Emma Stone. It’s a bold move all right, but in this instance, one that pays off handsomely in the form of an enormously entertaining blockbuster piece of entertainment that we dare say surpasses the original.

To be sure, this isn’t quite ‘the untold story’ that the pre-publicity machine sold it as. Rather, screenwriters James Vanderbilt, Alvin Sargent and Steve Kloves (with story credit to Vanderbilt) re-assemble the key elements of Peter Parker’s origin story for a fresh new take on the familiar. So once again, Peter is the nerdy and socially awkward teenager who lives with his Uncle Ben and Aunt May, who one day gets bitten by a genetically modified spider and develops superhuman powers, who uses his powers for play until his Uncle Ben gets killed, and then is thrust into a quest for justice to hunt down the killer that ultimately leads him to recognise the responsibility which comes with possessing such powers.

Like we said, this is no mere rehash, and both Webb and his team of writers find opportunities at every turn to expand and adjust the little details that make a difference. Parker’s father for instance plays a much more central role to the narrative, and the crucial wrestling episode between Parker and opponent Bonesaw McGraw in Sam Raimi’s original is reduced with a wink to a brief moment that inspires his Spidey mask. More significantly, Webb tones down the comic-book feel of Raimi’s original and goes the way of recent superhero movies by injecting a stronger dose of drama into the material.

Though Parker’s abandonment issues have always featured in the ‘Spiderman’ films, Webb’s spin on it (pun intended) is by far the most emotionally poignant, drawing an intimate link with Parker’s identity crisis that forms the backbone of the story. Indeed, that’s also how the film’s villain, Dr Curt Connors (Rhys Ifans), has been sketched- a brilliant one-armed scientist emotionally wounded by his physical infirmity who therefore seeks to ‘heal’ the world through the regenerative powers of lizard DNA (incidentally, he said reptile is what he morphs into after being obsessed with his misguided mission). Both hero and adversary are characters isolated in their own way- two sides of the same coin if you may- not so different from the dynamic between Batman and the Joker in Nolan’s ‘The Dark Knight’.

Nonetheless, fans can rest easy that Webb doesn’t take his movie down a similarly dark and gloomy path- instead, there is much cheer and spark in the romance between Parker and classmate Gwen Stacy (Emma Stone), who proves to be a much more interesting character than Mary-Jane Watson ever was in three films. That’s undoubtedly a result of the chemistry between reel-turned-real life sweethearts Garfield and Stone, but a key difference here is that Stacy is no longer just the sweet girl-next-door but a smart and sassy individual perfectly capable of being Parker’s intellectual equal. Their romance has the zing of Webb’s earlier ‘Summer’, and more than justifies why the commercials director was chosen over so many others to take the helm of this movie.

Webb also has much fun with Parker’s discovery of his newfound superhuman capabilities before the film takes a more decidedly serious tone- and a subway scene where the lanky teenager easily overpowers five other burly men in the same carriage (while ripping the clothes off another lady passenger) is neatly choreographed and adroitly staged. Ditto another where he hijacks a car-jacking thief in action (briefly seen in the trailers), which also marks the start of a tongue-in-cheek move he makes whenever some villain refuses to shut up or confess. Yes, even with a more realistic hand on the material, it’s nice to know that Webb has retained the levity of the original.

In between the intricate webs of romance, comedy and drama, Webb weaves in another layer of action that perfectly complements the earlier elements. The first major setpiece on the Williamsburg Bridge sets the tone for the rest to follow- eschewing all-out spectacle for more emotionally-driven thrills- culminating in a harrowing rescue of a young boy from a burning car hanging off the side of the bridge that proves to be unexpectedly moving. Likewise the climactic sequence set atop a New York skyscraper (similarity to ‘The Avengers’ aside) has more emotional beats than you would expect- in particular relating to Spiderman’s status as a masked vigilante- and ends on a surprisingly sombre note that brings the human dimensions of the tale to a fully satisfying finish.

A huge reason why Webb’s drama-centric approach works is the excellent casting. There’s no other way to describe it than to say that Garfield is brilliant as Parker/ Spiderman. He nails the tongue-in-cheek one-liners, and navigates the character beats between tortured teenager and born-again superhero with admirable ease. We’ve said this before, but we’d mention it again- his scenes with Stone sparkle with verve. And not unlike Raimi’s original, his scenes with supporting leads Martin Sheen and Sally Field provide some of the most heartwarming moments in the movie. To compare Garfield’s performance with that of Maguire’s is inconsequential really, and it suffices to say that Garfield brings a different, but no less unique, personality to the iconic character.

Indeed, the same can be said of the film as a whole, reassembling the familiar elements of Spiderman’s origin story into a refreshing blend of action and emotion. Working off the template of Raimi’s original and inspired by recent character-driven superhero movies, Webb delivers an emotionally thrilling and adrenaline-pumping blockbuster that counts amongst one of the best Marvel page-to-screen adaptations. And unlike post-conversion efforts, the decision to shoot in 3D ensures that the POV shots of Spiderman swinging down Fifth Avenue or battling the Lizard atop the Oscorp skyscraper are positively vertiginous, adding an additional dimension of excitement especially when viewed in IMAX. 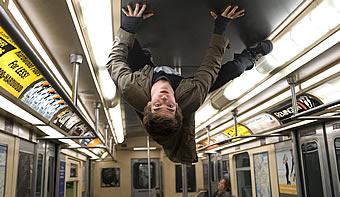 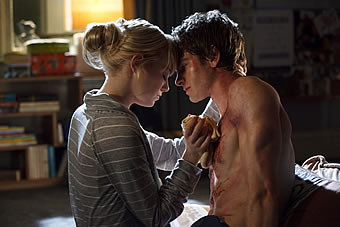 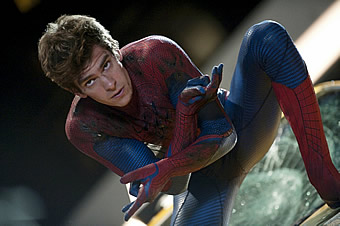 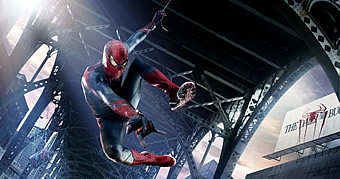