Synopsis: This holiday season, the new chapter in Illumination's smash animated franchise returns with big dreams and spectacular hit songs as can-do koala Buster Moon and his all-star cast of animal performers prepare to launch their most dazzling stage extravaganza yet ...in the glittering entertainment capital of the world. There's just one hitch: They first have to persuade the world's most reclusive rock star-played by global music icon Bono, making his animated film debut-to join them.

Five years after koala bear impresario Buster Moon (Matthew McConaughey) saved his theatre by mounting a crowd-pleasing show from a bunch of amateurs selected through an ‘American Idol’-like singing competition, we find Moon and his ragtag cast performing a musical production of ‘Alice in Wonderland’ at the same local theatre to sold-out crowds from their town.

Alas, that is not enough to impress canine talent scout Suki (Chelsea Peretti), who dismisses the show and tells Moon that ‘you’d never make it to the big leagues’. Never one to be culled into accepting a fate lesser than that of his dreams, Moon rounds up his performers to head to Redshore City, a Las Vegas-like entertainment capital in their world, to try to convince megawatt producer Jimmy Crystal (Bobby Carnavale) to let them put on a show at his Crystal Tower Theatre.

Those who loved the first ‘Sing’ will be glad that everyone is back for seconds, including the porcine pair Rosita (Reese Witherspoon) and Gunter (Nick Kroll), the gorilla prodigy Johnny (Taron Edgerton), the shy elephant Meena (Tori Kelly), and the punk porcupine Ash (Scarlett Johansson). Like the first movie too, each will have his or her own challenges to overcome over the course of this film, whether is it a fear of heights, self-esteem issues, or just plain old simple introversion.

But the most daunting test of all is to placate the irascible white wolf Jimmy, whom Moon had sold the idea of a science-fiction musical starring legendary lion rocker Clay Calloway (Bono). Unfortunately for Moon, Clay has not only retired but also become a recluse since the death of his wife 15 years ago, and it will take some persuasion by Ash before Clay decides to make the inevitable comeback.

To make matters worse, whilst trying to buy time with Jimmy, Moon pisses him off during rehearsals after deciding that Jimmy’s spoiled-brat daughter Porsha (Halsey) is not suitable for the role which he had originally intended for Rosita. And yet, there can be no doubt that Moon will go on to stage a spectacular extravaganza that Gunter calls ‘Out of this World’, comprising five big showpieces intended to give Johnny, Porsha, Meena, Rosita and Ash/Clay their due glory under the spotlight.

That it is predictable doesn’t make it any less charming. Even more so than in the first ‘Sing’, returning writer-director Garth Jennings concocts a delightful blend of gags, physical humour and stirring musical numbers within the span of two hours – among them, an early scene where Moon and the gang dress up as janitors to sneak into Jimmy’s audition is hilarious; ditto Johnny’s dance lessons with the obnoxious dance instructor Klaus Kickenklober (Adam Buxton); and so too Mrs. Crawley’s (Jennings) Nazi-like direction of the performers when put in charge of the production while Moon is away trying to recruit Clay.

Not surprisingly, the best is saved for the last, with the finale a true show-stopper featuring a heart-thumping warrior dance to Coldplay’s ‘A Sky Full of Stars’, a joyful number to Halsey’s own ‘Could Have Been Me’, a heartwarming duet to a remix of the classic Aretha Franklin’s ‘I Say A Little Prayer’, and a soaring routine to Ariana Grande’s ‘Break Free’. Say what you may about it about being a highly calculated musical sugar rush, but the song selections from both current and classic pop and rock talents such as Elton John, U2 and Prince are often eclectic and always smartly chosen to convey meaning and motivations.

Just as outstanding is the terrific voice cast which Jennings has assembled, who like in the original film, sing their own parts with feeling and aplomb; and whilst he doesn’t do any singing, McConaughey deserves special mention for lending Moon a sweet optimism that makes it impossible not to root for him. It should also be said that ‘Sing 2’ is probably Illumination’s most accomplished animation to date; not only are the visuals often colourful and eye-popping, they boast a real sense of scale and depth, especially in the scenes set within the cavernous Crystal Theatre.

Never mind that it has taken five years for this sequel to arrive on the big screen, ‘Sing 2’ is utterly endearing and thoroughly winning. It might not be terribly original, not least because it pretty much repeats the formula of its predecessor, but this wonderful combination of animation, choreography and action is as joyous and rousing as the first movie, if not more so. You’ll sing, dance and laugh along all right, and we dare say this is probably the most fun you'll have at the movies this year-end season.

(So utterly joyous it'll make you want to break into song) 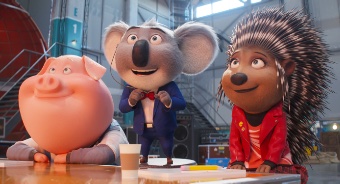 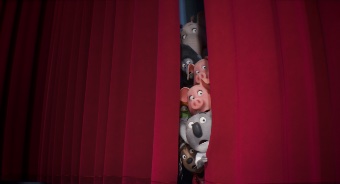 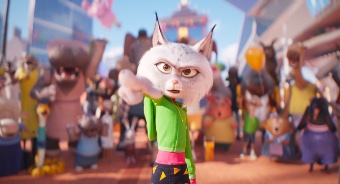 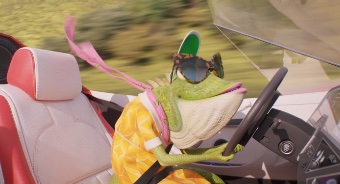 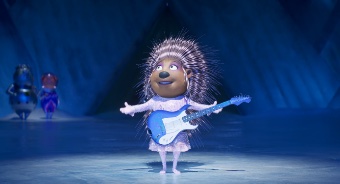 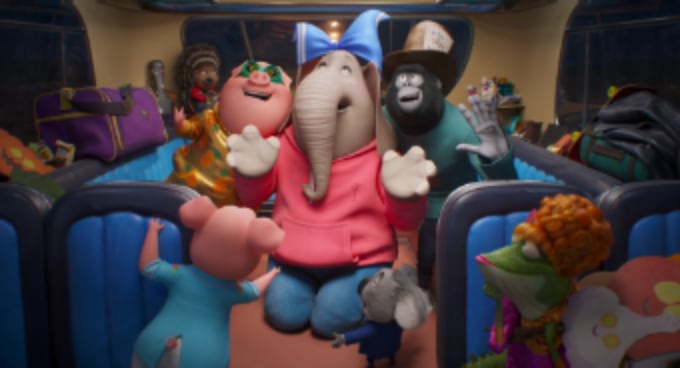 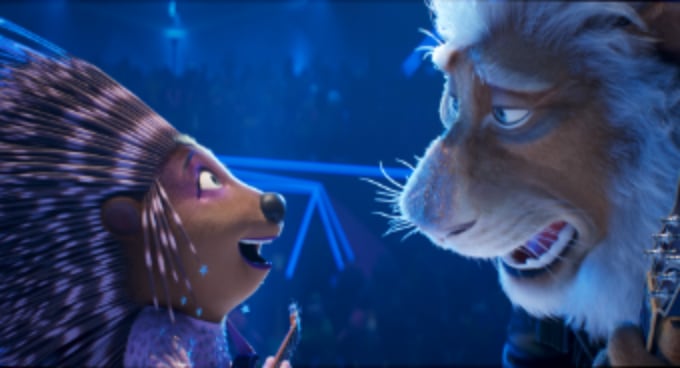