Synopsis: In the eyes of his teachers, secondary school student Hei is a typical delinquent student - full marks on bad temper and zero on personal conduct. After his latest offense, the principal decides to give him one last chance on one condition: He must join the “passion choir” pilot program. With no other choice, Hei reluctantly agrees to the deal. The nine-month pilot program brings together students from three underperforming schools. They will form a classical music choir and participate in an inter-school choral competition. The choir is brutally mocked by others as a “rock bottom choir”. However, Yim Tsz-long (Andy Lau), a renowned conductor known as the “Nightmare Maestro”, suddenly agrees to lead the choir after spending a year in seclusion. Just as every person has a different story, every choir creates a unique piece of music that represents its journey. What happens when 30 “problem students” meets a demanding, emotionless instructor? Will the “passion choir” and Maestro Yim overcome the obstacles in their lives and complete this seemingly impossible mission? Will they be able to stand on the stage with their heads held high and unleash their voices?

Andy Lau is known to be a workhorse in the Hong Kong entertainment industry. Despite suffering a serious injury while shooting a commercial years back, the 59 year old isn’t slowing down anytime soon. Assuming everything goes smoothly, we are probably going to catch him on the big screen again in the coming months.

Find Your Voice marks Lau’s self-produced effort, an inspirational drama that was delayed due to COVID-19. Isn’t that the case with Hollywood titles as well?

Andy Lau plays Joseph Yim, an acclaimed fame Chinese music conductor who found success in the States. After a setback in a competition, Yim is invited by his ex-principle, Lo (Lowell Lo) back to Hong Kong to lead a new choir who consists of a bunch of problematic students. Lo’s primary intention is to make use of the opportunity to bring their lives back on track. Thus the bunch of misfits are given a nine months period to make it to the annual choir contest under the tutelage of Yim or risk losing their chance to continue their studies in their respective public schools.

Helmed and co-written by Adrian Kwan (Little Big Master, If U Care…), Find Your Voice is filled with too much familiar plot points that are shamelessly exploited to unclog your tear ducts. One of the students, Sun-hei is the typical troublemaker whose mother (played by 80’s iconic actress Loletta Lee) is suffering from domestic violence. Another boy, Sui-long has to resort to stealing in order to support his mother (our very own Paulyn Sun). And then there is Be-kei, a suicidal girl who has a habit of wrist cutting, her classmate Queenie who suffers from mild autistic and Pok-man, a smart rich boy who join the choir to escape his pressuring father (Tse Kwan-ho).

Kwan who worked for years as an assistant director under the late Benny Chan has the penchant to deliver intimate drama involving social issues just liked Little Big Master. Unfortunately, the story arc in Find Your Voice on the whole is too convenient and utterly predictable. Kwan isn’t quite sure on how to make every story element fall nicely into place that every thorny problem seems to resolve by itself within minutes. The editing seems bluntly haphazard at times and the out-of-place Mandarin dubbing simply enhanced the awkward amateurish acting of the young actors even more.

But the glaring unforgiving part happens to be the undeveloped character of Joseph Yim, the supposedly leading man of the entire movie. While Lau certainly lends some need be gravitas to some of the scenes, the character of Joseph Yim remains very much a mystery by the time the credits rolled. There is hardly any insight to Yim except a clumsy prolonged epilogue that unveils the reason why Yim returns to HK and why he couldn’t face his failure as a choirmaster.

For a movie about choir music, Find Your Voice abashedly features reworks of Roman Tam’s classic 狮子山下, George Lam’s 谁能明白我 and Josh Groban’s You Raise Me Up. However if you are expecting some melancholy notes and nice vocal performances, please be aware that the dubbing is too atrocious to make much of an impact.

Find Your Voice happens to be a disappointing effort from Lau and Kwan although much of the fault honestly lies in the latter. It wants to be both an uplifting drama that delves into the poor fallen demographics in Hong Kong and also a motivational tale for the young HK generation but it never reaches the height of the recent I’m Livin’ It or Donnie Yen’s Big Brother which also talks about delinquents. Simply put, it’s not a title that Heavenly King Andy Lau can salvage.

(Forgive Andy Lau who gave his best here. Blame it on the all too average drama which leaves a lot to be desired) 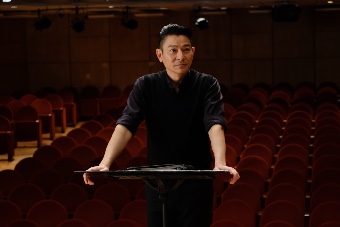 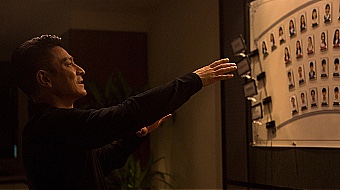 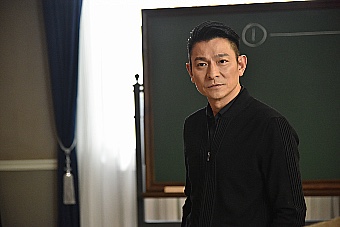