Synopsis:  The last time 13-year-old Theo Decker saw his mother, she was gliding away from him into another gallery of the Metropolitan Museum of Art. Seconds later, a terrorist bomb exploded destroying priceless pieces of art…and shattering Theo’s life forever. The tragedy changes the course of his life, sending him on a stirring odyssey of grief and guilt, reinvention and redemption, friendship and even love. Throughout the turbulent years, as he grows into adulthood, Theo secretly clings to a single, precious object—his one tangible connection to the mother he lost on that terrible day—a priceless painting of a tiny bird chained to its perch. The Goldfinch. A beautifully wrought coming-of-age story, intimate in its emotion and sweeping in its design, “The Goldfinch” is the film adaptation of Donna Tartt’s globally acclaimed and beloved bestseller of the same name. The novel, which won the 2014 Pulitzer Prize for Fiction and the Andrew Carnegie Medal for Excellence in Fiction, spent more than 30 weeks on The New York Times Best Sellers list.

If you’ve read Donna Tartt’s Pulitzer Prize winning bestseller, chances are that you would have some preconceived notion of how it should be adapted for the screen; still, we’d advise you to keep an open mind if you intend to catch this polished but not flawless exercise in literary filmmaking. After all, it would never have been possible to cram all 800 pages of the Dickensian novel into a two-hour movie (which actually is two-and-a-half hours), so you should expect not only that some characters will be eliminated but also that others may not be developed as fully. Yet despite the constraints of length, the central themes of loss, longing, heartache and betrayal remain largely intact, albeit amidst considerable restraint in the storytelling.

At its heart, ‘The Goldfinch’ is a coming-of-age tale which chronicles the vicissitudes of Theo Decker (Oakes Fegley), following the death of his mother in a bombing at the Metropolitan Museum of Art when he was 13. Struck by emotional loss and survivor’s guilt, Theo first moves in with the wealthy Upper East Side family of his school friend Andy Barbour, whose mother (Nicole Kidman) becomes like a foster parent to him. But just as he is about to be adopted by the Barbours, Theo’s absentee father (Luke Wilson) turns up with his sketchy companion Xandra (Sarah Paulson) to bring him to live with them in Nevada. Because family comes first in the eyes of the law, Theo follows them out to the desert; there, he meets the Ukrainian teen Boris (Finn Wolfhard) whom he will become close friends with, and from whom he will pick up the drug habit.

Whereas Tartt’s book follows how Theo’s life intersects with these characters over the course of a dozen years in linear chronology, the movie darts back and forth between his teenage and adult years, the latter set in present day. In fact, it opens with an adult Theo (Ansel Elgort) utterly distraught and about to take his life in a hotel room in Amsterdam, before retelling how the events of his life led him to that point. More recently before that, Theo had returned to New York and reacquainted with the antiques dealer Hobart (Jeffrey Wright), who is guardian to the red-headed little girl Pippa that Theo happened to be standing next to just before the bombing. Theo would also run into Pippa of course, as well as the Barbours, and perhaps most significantly Boris, given how his less-than-legal exploits would precipitate Theo’s meltdown.

Even if you haven’t read the book, it’s not hard to guess that Tartt would have given a lot more background and nuance to each of these characters, although that is clearly a luxury which screenwriter Peter Straughan did not have. Yet without being biased by the source material, Straughan does a suitably impressive job remaining faithful to Tartt’s creation and distilling just enough so the cinematic treatment would work. It’s understandable you would have say liked to know more about Theo’s relationship with Andy’s sister Kitsey (Willa Fitzgerald) before they get engaged, or for that matter Theo’s attraction towards Pippa (Ashleigh Cummings) in present day, but there is just enough depth to these characters, as well as them in relation to Theo, for you to see the larger picture.

And that larger picture is ultimately one which relates to the titular painting by Carel Fabritius, which was one of the few things to survive a gunpowder blast that killed the artist in 1654. Without spoiling the mystery for those not familiar with the story, the painting is a key part of Theo’s journey, for he happened to be just before that painting next to Pippa when the bomb went off. There is also special significance between the painting itself and Theo’s mother, and Theo’s attempt to keep a hold on the painting is clearly symbolic of the connection which he struggles to hold on to with his beloved mother. It is elegiac all right, but in the hands of ‘Brooklyn’ director John Crowley, handled with utmost, if a little too excessive, restraint, which in turn keeps it from being more deeply poignant.

Still, credit goes to Straughan for doing away with the linear chronology of the book and attempting to fuse past and present like the pieces of a complex puzzle – even though the middle section does slacken during the time spent detailing Theo’s friendship with Boris during their teenage years, it does pick up considerably when these connections become significant in Theo’s adult life. Just as you would need to reading the book, the movie demands your patience in allowing it to set out the various pieces, but both Crowley and Straughan do manage to tie together the various moving parts and flashbacks nicely enough. That Theo’s story is captured beautifully by ace cinematographer Roger Deakins is another reason to see this adaptation, elevating the visual storytelling to a whole different level.

The ensemble cast also deserve their dues for fine performances all around. In small but pivotal roles, Kidman and Wright steal the show – the former turning in a finely calibrated portrayal of a more and less emotionally frigid version of her character during her middle and older years respectively; and the latter in an equally fine subtle turn as a surrogate father figure to Theo. In even smaller roles, Wilson and Paulson chew into the flaws of their characters without turning them into caricatures. But the real stars here are the pairing of Fegley and Elgort as Theo, as well as Wolfhard and Aneurin Barnard as Boris, who match each other beautifully as younger and older selves, and know just how to complement each other’s performances to let the messy dynamic between Theo and Boris shine through.

How much you like this adaptation of ‘The Goldfinch’ ultimately rests on your own notion of how the book should be translated from page to screen. As much as there have been changes or omissions to Tartt’s narrative, we dare say that the movie has remained as faithful as it can possibly be within the confines of a feature-length movie; and while some may feel the material would have been better suited for a miniseries, the cinematic endeavour here is still a commendable one. You’d wish at times that the filmmakers had dared to let go of the restraints and let the emotions run more freely, but the lessons on the strange thing called life are still as emphatic and authentic to the spirit of the text. As long as you give it your time, you’ll find yourself rewarded with an emotionally cathartic story that will stay with you long after it is over.

(A coming-of-age tale told like a puzzle darting back and forth between past and present, this faithful yet un-slavish adaptation is an absorbing story of loss, longing, heartbreak and betrayal) 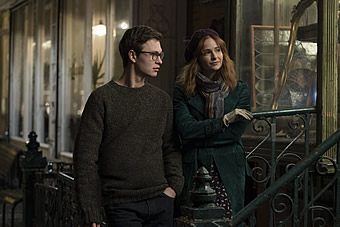 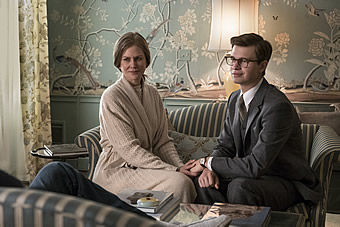 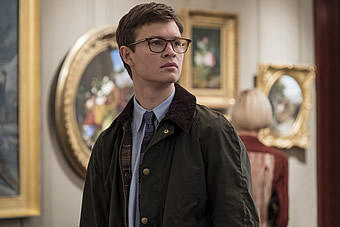 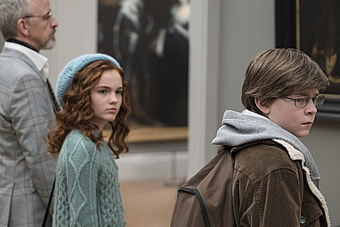 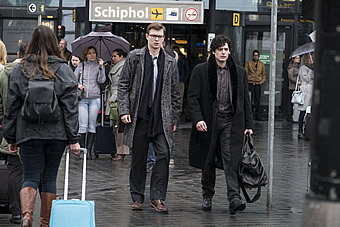 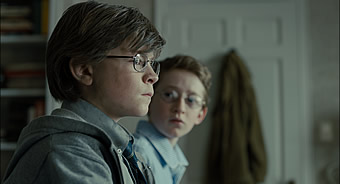