Synopsis: Twenty-seven years after the Losers Club defeated Pennywise, he has returned to terrorize the town of Derry once more. Now adults, the Losers have long since gone their separate ways. However, kids are disappearing again, so Mike, the only one of the group to remain in their hometown, calls the others home. Damaged by the experiences of their past, they must each conquer their deepest fears to destroy Pennywise once and for all...putting them directly in the path of the clown that has become deadlier than ever.

At close to three hours, ‘IT Chapter Two’ is visibly longer than its predecessor, but given how Stephen King’s book was a massive 1,000 pages, you cannot say that the filmmakers had not tried to cut the source material down to size. Indeed, fans of the novel will probably appreciate how writer Gary Dauberman has stayed true to the heart of King’s story, while reinventing the final act in order to avoid the metaphysical elements which were arguably not its strongest parts, such that this adaptation remains faithful but not slavish to the book.

As the conclusion of ‘Chapter One’ had hinted, the band of lovable misfits – who call themselves the Losers – will have to live up to the promise that they had made to one another when they were kids; that is, to come together to defeat Pennywise if ever he does return 27 years later to devour the kids of their hometown of Derry in Maine. True enough, a shocking opening in present day establishes that Pennywise has returned, claiming the life of a local teenager who had just been the victim of a gay-bashing hate crime (true to both the book and to Maine’s history).

Of the group, only Mike (Isaiah Mustafa) had remained in Derry, and upon confirming that It is back, he summons each of the other Losers to make good on their vow. Mike’s phone call interrupts the rest on their daily routines – the de facto leader Bill (James McAvoy) is a successful horror writer trying to establish himself in Hollywood; the motor-mouthed Richie (Bill Hader) is a self-loathing stand-up comedian; the formerly pudgy Ben (Jay Ryan) has slimmed down considerably and is a high-powered architect; the tightly-wound Eddie (James Ransone) is a risk analyst on Wall Street; and last but not least, Beverly (Jessica Chastain) is stuck in a marriage with an emotionally possessive and physically abusive husband.

Discovering how similar yet different these characters have become is part of the fun, especially as their physical reunion over a meal at a Chinese restaurant sees them bickering and ribbing one another as if time had stood still. Yet ironically, time has made all the difference, and the years away from Derry have dulled, even erased, their childhood memories of Pennywise, such that each of them will have to once again muster the courage they once displayed to overcome their childhood fears. They must do so in order to each retrieve a personal artefact from their past to be offered up in a final sacrificial ritual.

Such a setup serves as a narrative device for director Andy Muschetti to bring back the teenage cast from the first movie, which while certainly welcome, will inevitably come across as repetitive. After all, it requires that Bill revisit the guilt of letting his younger brother play in the rain; or for Ben, the humiliation of being the fat kid in school; or for Beverly, living under the shadow of a monstrous father; though to be fair, there are some new insights, such as Ritchie being labelled a ‘faggot’ after he displays some affection towards the town bully Bowers’ cousin. At the same time, juxtaposing their past and present selves reinforces the casting achievement in assembling an adult cast that so much resembles the teenage versions of their characters.

As with the structure of the earlier movie, each individual encounter with Pennywise is in itself a set-piece; and perhaps more so than before, Muschetti leans in on the creepy and grotesque for a number of chilling highlights, including a lumbering giant Paul Bunyan statue chasing Ritchie around the town square, Pennywise terrorising Ben along the deserted hallways during summer school, and Eddie’s encounter with the undead in the basement of the pharmacy where he gets his asthma medication. Effective though they may be, these sequences drag out the middle section of the film, and their episodic nature means that the movie alternately loses and gains momentum.

In fact, the true pleasures of this sequel kick in at the third act when the adult Losers come together with their artefacts to confront Pennywise. More than the fact that the horrors kick up a notch with spider-legged severed heads and Pennywise’s transformation into a giant spider-like monster, it is the mix of twisted scares and sardonic levity that proves winning; in particular, Hader steals the scene with his ability to blend comedy and drama through his spot-on delivery of both witty one-liners and gut-wrenching emotion. There is real palpable chemistry among the cast, and the extended climax is all the more satisfying because of that.

Like ‘Chapter One’, this movie aims to end on a poignant note about the power of faith and friendship, but doesn’t quite pack the same amount of heart. That’s partly due to its exhausting length, and partly due to the more scattershot nature of the storytelling, which even though tackling intriguing themes of memory and childhood trauma, is not as tight, affecting or compelling as the original tale. Notwithstanding, it does offer fulfilling closure on a number of fronts, including the budding romance between Beverly and Ben, a deeper exploration of Ritchie’s insecurities and an unexpectedly touching send-off for Stanley (hint: he’s the only one of the teenage Losers who isn’t part of the adult reunion).

Adapting ‘IT’ for the big screen was never going to be easy, and in that regard, the one-two combination of ‘IT Chapter One’ and ‘IT Chapter Two’ is no doubt an impressive achievement. Even though a significant section of the latter feels like a retread of the former, and is probably worse off because of it, this concluding instalment still packs sizeable ambition, imagination and wit to thrill anyone looking for a good scare. Oh yes, as flawed as IT may be, the duology goes down as one of the best Stephen King adaptations of all time – and for fans of King himself, seeing him in a wink-wink cameo here is yet another reason to cheer.

(While not as tight or affecting as 'Chapter One', this concluding chapter is still a big, bold and bedazzling horror blockbuster that packs humour, horror and heart) 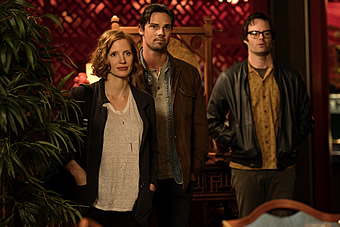 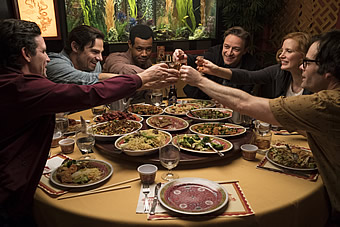 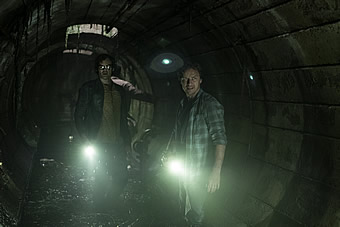 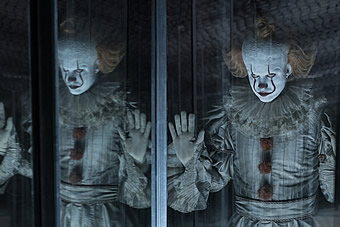 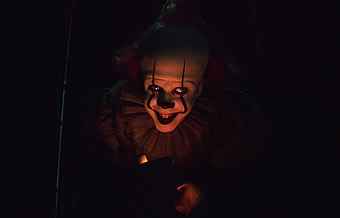