Synopsis: JACOB’S LADDER is a modern day re-imagining of the 1990 supernatural thriller. Years after the tragic death of his brother in Afghanistan, Jacob Singer is finally getting his life back together. He has a beautiful wife, a new baby and a successful career as surgeon in a VA hospital. When a strung out vet approaches him and tells him that his brother is actually alive, Jacob’s life starts to unravel. He begins hallucinating, believes he is being followed and becomes paranoid about the truth of what really happened to his brother. When he discovers that his brother is alive and addicted to an experimental street drug, he gets pulled into an underground world he can’t get out of.

When you are pushed to revisit a horrible part of your life after some years, what would you do?  Would you let go of the past, or will you relive it to find proper closure?

Jacob’s Ladder is about a surgeon who seem to have it all, but is also recovering after the death of his brother during a mission in Afghanistan.  The pain of the death is revisited when it was made known to him of his brother being alive and, being unable to stop thinking about it, decides to find his brother, only to realise that he has been alive all these while and that he was on an experimental drug that was supposedly curing post traumatic stress disorder but has really bad side effects.  Jacob eventually tried to get into the bottom of things, only to realise that he was not able to get out of the ‘sinkhole’.

Although Jacob’s Ladder is technically a remake of the 1990 version of the same title, it has a vastly different plot and setting that is more relevant in today’s time and age, with differences including getting it during the 2000s instead of 1970s.  And it does look quite exciting and intriguing from its trailer.

For one, the film suffers from a lack of focus in the direction that it wants to take.  The viewers are first shown a flashback of the horrific past that is supposedly the ‘basis’ of the film for a good 5 minutes.  And then, the viewers are reeled into a much happier moment with the antagonist leading a more comfortable life, only to be pushed back into darker moments with random people hinting to the antagonist about the survival of his brother and when the brother was found, the viewers are then brought into a whirlwind of mad rapid random scenes for a good one hour, eventually led to a twist in the film that was actually predictable and obvious.

Riding on that, the actual plot is extremely simple, which would have been okay if the producers were able to get around and add elements into the film that could beef up the content.  But instead of making it digestible to the viewers, it was decided that random jumpy and unrelated scenes, a few unnecessary jump-scare tactics and the ‘mysterious’ story-telling would help to make the film more ‘interesting’, which obviously does not sit well with a generally ‘hungrier’ and savvier crowd, thus leading to a storyline with multiple plot holes, unrealistic continuous scenes and unanswered questions.

With this, viewers are left to feel confused, as they are unable to decide if the film is a horror film, a psycho thriller or a film about sibling rivalry, as it has all of these inside the film, but it does not seem to gel well together.  All these are also peppered with weird, unrelated visual effects, which may have been placed to create the effect of ‘drug usage’, however it was not executed well enough.

The only redeeming factor were the cast, whom were pleasant and delivered well with much conviction.  Kudos to the main lead actors, Michael Ealy and Jesse Williams, who were able to get into their character with much ease and made it as realistic as possible, mixing the right amount of dramatism and on-screen charisma.

But even the cast could not save the film from its dismal and lacklustre delivery.

Eventually, what could have possibly been an amazing psycho thriller filled with action became a real bore that fell short of expectations and became not only predictable but plain outlandish.

It had its chance at being amazing and impactful.  Yet, it did not seize the opportunity and eventually, like the side effects of the drugs, Jacob’s Ladder lost its clarity and focus, leading it to an awful mess of a film.

(A simple and predictable thriller masked by dramatically unrealistic scenes. It is not really worth your time) 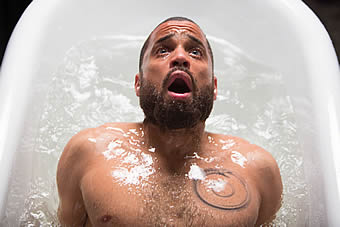 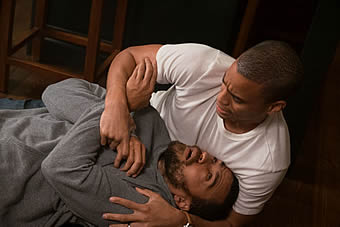 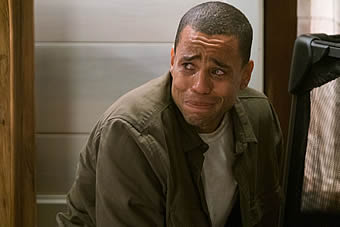 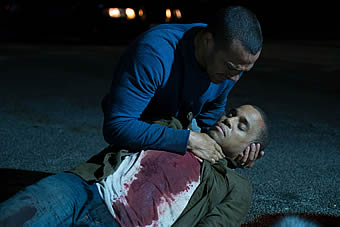 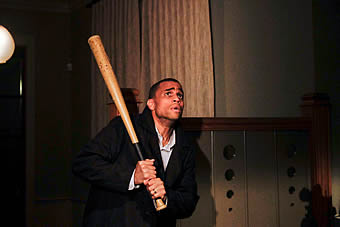 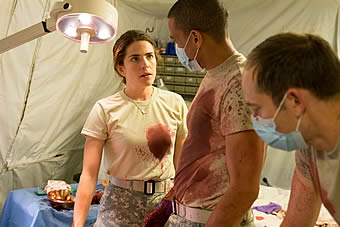