Synopsis:  When the world is under attack from terrifying creatures who hunt their human prey by sound, 16-year old Ally Andrews (Kiernan Shipka), who lost her hearing at 13, and her family seek refuge in a remote haven. But they discover a sinister cult who is eager to exploit Ally’s heightened senses.

Unfortunately for ‘The Silence’, a certain movie called ‘A Quiet Place’ came before it, leaving an indelible impression on critics and audiences alike with its deft use of silence to generate tense moments of white-knuckle suspense. Notwithstanding the fact that it isn’t a rip-off of John Krasinski’s movie, the parallels between the two movies are impossible to ignore. Both derive their horror from deadly creatures with enhanced hearing, therefore necessitating the need for quietness; and both feature a deaf child fleeing with her family to a country refuge.

Sadly too for ‘The Silence’, it isn’t quite as effective as its genre predecessor, even though it is a perfectly competent movie in its own right. Oh yes, as helmed by genre specialist John F. Leonetti (whose credits include the first ‘Annabelle’ movie), it is a gripping one-and-a-half hours survivalist thriller with a couple of choice nail-biting sequences, premised upon said deaf teenager Ally (Kiernan Shipka) and her family – including her parents (Stanley Tucci and Miranda Otto), grandmother (Kate Trotter) and little brother (Kyle Harrison Breitkopf) – trying to escape from pterosaur-like critters known as ‘vesps’.

A quick prologue at the start establishes the origin of these creatures from deep inside an underground system which cavers have recently unearthed; the next we know, there are news reports and emergency broadcast warnings of these flesh-eating creatures which hunt by sound. It should be apparent that the reason why Ally would be able to survive longer than others is her ability to communicate in sign language, though it is a little strange that her family largely still insists on whispering the very words that they are signing, perhaps so that we will be spared the inconvenience of understanding the movie through subtitles.

Together with Ally’s father’s tough-guy best bud (John Corbett), they set off into the countryside to avoid the din of the city where the ‘vesps’ have first descended upon. As you would expect, there are sacrifices to be made along the way; and one of the film’s best sequences sees one of them (we’re not saying who) encounter an accident while travelling on a rural road, and the rest having to endure their very first up-close encounter with the ‘vesps’. Just as veteran a cinematographer, Leonetti knows his way around such taut action, and it is to his credit that the film is ultimately better than what its otherwise middling script would suggest.

You’d wish the plotting were more sophisticated, than say having one of them getting hurt and therefore requiring a fateful trip to town to get drugs. You’d wish too that more thought were given to the dynamics among the family, so that the relationship between Ally and her father wouldn’t be so vanilla. You’d wish too that there were more depth to the religious cult which emerges in the last third of the movie, sparked by end-of-the-world fears and driven by sheer lunacy. Without having read the 2015 John Lebbons novel on which the movie is based, we still think that writers Shane and Carey Van Dyke could have done much, much more with the high-concept premise.

Yet, like we said, the movie does have its moments, including a riveting confrontation between the family and the aforementioned cult in the middle of a thunderstorm. The movie also has an excellent cast to boot, especially Tucci’s sympathetic portrayal of a loving father who is forced to make certain hard choices in order to keep his family alive. Tucci has warm chemistry with each one of the actors playing his kin, and that bond pays off particularly in the climax where every one of the family ends up being tested on how far they would go to preserve each other’s lives.

So while it most certainly will be compared and will pale in comparison to ‘A Quiet Place’, there are still thrills to be had with ‘The Silence’. At the very least, it certainly deserved better than to be left on the shelf for a year before being picked up for release by Netflix in the United States and other local distributors around the world. We doubt there’ll be a sequel which the epilogue portends, but if you’re needing a fairly brisk and engaging watch at the cinemas (and do not mind a retread of ‘A Quiet Place’ if you’ve seen that one), then you’ll do no wrong with ‘The Silence’. After all, Thanos won’t be demanding yours at the end of this one.

(It isn't as effective as 'A Quiet Place', but some gripping sequences and a solid ensemble make this a competent indie horror) 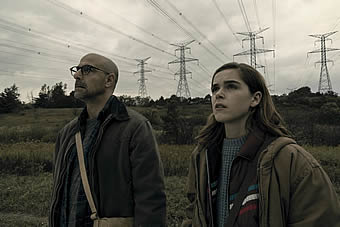 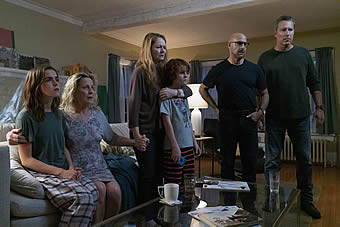 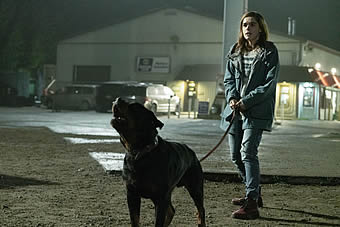 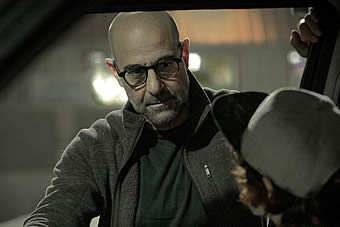