Synopsis: In December 1950, Hungnam Port is crowded with refugees of the Korean War. Amid the chaos, 12-year-old Duk-soo sees his fate change in the blink of an eye when his hand slips and he loses track of his youngest sister, of whom he promised to never let go. Leaving behind his father who stayed to search for her, Duk-soo and other family members make their escape to Busan and settle down in its bustling Gukje Market, waiting for the rest of the family to come. Taking responsibility for his aging mother and young siblings, Duk-soo starts working all manner of odd jobs and devotes himself entirely to his family. To earn his little brother’s college tuition, Duk-soo goes to Germany as a coal miner and barely escapes alive. However, it is there that he meets Youngja, a fellow immigrant worker and his first love, who eventually becomes his lifelong companion. After enduring all the hardships in Germany, Duk-soo returns to Busan and begins to pursue his dream of becoming a naval captain; but fate intervenes once again and he is left with no choice but to head to war-torn Vietnam to cover his sister’s wedding expenses. Upon his return, Duk-soo sets out on a final mission in the hopes of finding his father and youngest sister, who went missing in Hungnam over 30 years ago. ODE TO MY FATHER is a powerful generational epic that depicts the fierce and intense era of our fathers’ generation through the lifetime stories of one man.

Trust the Koreans to bring the words melodrama and blockbuster into the same motion picture. Indeed, JK Youn’s latest film after his record-breaking special effects extravaganza ‘Haeundae’ sees him tell a family drama over sixty years that spans both the Korean War in the 1950s, the Gastarbeiter programme in mid-60s Germany, the Vietnam War in the 1970s as well as many other momentous periods etched in the psyche of his country’s people – and each one of these episodes serves as a ‘blockbuster’ in itself not just in spectacle but emotion. It is no wonder that the film has since gone on to make its own history, becoming the second most-watched film in Korean cinema.

Co-written by Youn and Park Soo-jin, the film opens in the present day with Deok-Su (Hwang Jung-min), his wife Yeong-ja (Kim Yun-jin) and his best friend Dal-goo (Oh Dal-su) who live in the coastal city of Busan, where Deok-su and his family run a small store in the city’s Gukje (International) Market. On a walk with his youngest granddaughter Seo-yeon through the Market, Deok-Su recalls an eventful yet tumultuous life journey that starts in the early 1950s. Then a young boy who was one of the hundreds of refugees fleeing the Korean War, Deok-Su loses grip of his younger sister Mak-sun and is separated from his father, who disembarks to look for Mak-sun, as they try to board the SS Meredith Victory, an American cargo freighter that evacuated 14,000 refugees in Hungnam, North Korea.

Arriving in Busan, Deok-soo is looked after by his father’s eldest sister but is forced to leave school and support the family by working as a shoe shiner. The rest of the movie unfolds as a succession of perils as he strives to support his family as a young man – first, on Dal-gu’s suggestion, he signs up with the inter-government Gastarbeiter scheme and is sent to work in the coal mines of West Germany, where he not only survives a mine disaster but also meets his wife-to-be Yeong-ja who was studying to be a nurse; then, he signs up for a non-military position in Vietnam with Dal-gu, where he narrowly escapes the clutches of the invading Viet Cong in Saigon but helps Dal-gu find a wife (Nguyễn Mai Chi) in a South Vietnamese villager that they help evacuate.

True to the template of a blockbuster, Youn’s film is constructed around a few major setpieces, each one of them deftly executed with both scope and intimacy so we can appreciate the immensity of the historical chapter as well as what it meant for our lead protagonist Deok-su and to a lesser but no less significant extent his family members and Dal-gu. It is therefore no surprise that Youn chooses as his finale the reunion of thousands of families in a live KBS-televised event back in 1983 – including that of Deok-su, who after three decades is finally reunited with his father and sister. Notwithstanding the fact that it is a re-enactment, Youn stages the climax with emotional aplomb; and by that, we mean you better be prepared for plenty of hugs, tears and kisses, perhaps even some of your own in a vicarious way.

Like the best Korean tearjerkers, Youn’s film makes no apologies for being unabashedly sentimental, but there is no denying that it is poignant enough to move you to tears. As with his previous movies, Youn demonstrates a firm grasp of mise-en-scene, so even though his core audience will likely have no difficulty identifying with his protagonist’s struggles, he stages each one of the four major events with startling realism and, by doing so, pulls you into the thick of history. But most like ‘Haeundae’, Youn shows a knack for mining human drama potently, ensuring that his key sequences connect not just on a visual level but also on a deeply emotional one.

The accomplishment certainly isn’t Youn’s alone; in fact, Hwang deserves much praise for doing the heavy lifting as the emotional anchor of the film. It is with his character that we laugh, cry and rejoice with, and Hwang’s performance is sincere, heartfelt and affecting. It is even more impressive that he manages to carry the character from his twenties into his twilight years, and with a roster from gangland drama ‘New World’ to war comedy ‘Battlefield Heroes’ shows yet again why he is one of the most versatile actors in the industry now. It also helps that he has such an effortless chemistry with Oh, the duo’s friendship through the years one of the most endearing relationships in the film.

To fault ‘Ode to my Father’ for being emotionally manipulative is an understatement; that said, this is melodrama at its finest, coupled with some awe-inspiring scenes of spectacle, which is intended through and through for you to weep along with it. But in the midst of that, Youn delivers a compelling feature that taps respectfully into the wounded Korean psyche of the 1950s to the 1990s from key upheavals that now form the very fabric of their society. There is no doubt why it has been so successful at home, and for everyone else, this is a still an epic blockbuster melodrama which resonates with its universal themes of love, reconciliation and survival.

(Shamelessly manipulative and yet effectively poignant, this Korean blockbuster melodrama tugs so persuasively at your heartstrings you won’t mind letting the tears go) 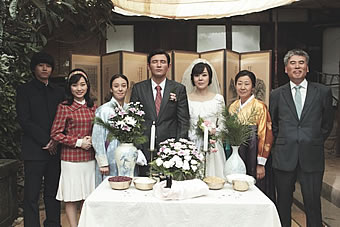 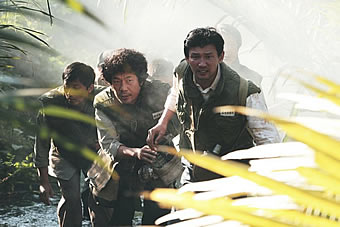 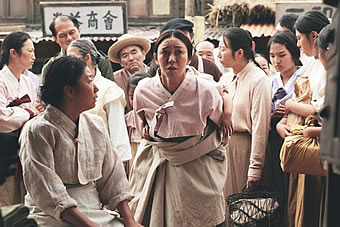 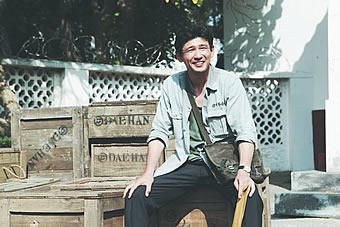