Synopsis: “TRANSFORMERS: AGE OF EXTINCTION” begins after an epic battle that left a great city torn, but with the world saved. As humanity picks up the pieces, a shadowy group reveals itself in an attempt to control the direction of history… while an ancient, powerful new menace sets Earth in its crosshairs. With help from a new cast of humans, Optimus Prime and the Autobots rise to meet their most fearsome challenge yet. In an incredible adventure, they are swept up in a war of good and evil, ultimately leading to a climactic battle across the world.

We’ve had enough of Shia. Shia LaBeouf, that is. Thankfully, Michael Bay felt the same way. Which is why this fourth entry of the Paramount/ Hasbro live-action cartoon junks its lead actor for the past three instalments and instead sets Mark Wahlberg as its anchor. Better still, Bay has sent his entire franchise into reboot, retooling not only his cast but also his story and characters. And hey, for all you naysayers who thought Bay’s return meant more of the same, well we’re here to tell you that ‘Age of Extinction’ is more entertaining, more thrilling and more breathtaking than any of its predecessors - to put it simply, it’s the best ‘Transformers’ film so far.

Some will certainly scoff that the bar was not high to begin with, but we respectfully disagree. Say what you may about Bay-hem, but it is no small feat to top the scale and magnitude of the destruction which Bay had choreographed for ‘Revenge of the Fallen’ and ‘Dark of the Moon’. And yet Bay manages to do just that here, unfolding a robots-versus-robots battle that brings the action to Texas, then back to Chicago (which was ground zero of the last movie) and finally unleashes it right in the heart of Hong Kong. Few directors can sustain such wall-to-wall action for more than two hours (the whole film runs at a record 165 minutes for the franchise), let alone have the imagination or the derring-do to execute it with such flair that you’ll never feel bored or distracted throughout its entire duration.

On that count alone, we’d say Bay deserves kudos. Let’s face it - the reason why every ‘Transformers’ film has been scheduled in the summer moviegoing season is that it is meant as no more and no less than a perfect piece of popcorn entertainment packed with excess and spectacle. It’s not that we’ve stooped to the level of accepting that the franchise can and will only be an excuse for Hasbro to sell more of its toys; rather, it’s an appreciation of what the ‘Transformers’ movies have always been about as well as what they have never meant to be - which is also why our first words about this latest has been about its showcase of global destruction.

Indeed, there is no point faulting Ehren Kruger’s screenplay for being over-convoluted and under-developed at the same time. With the Decepticons destroyed, Kruger had to find a way to replace or resurrect them - hence the entry of two man-made robots, Galvatron and Stinger, both of which were manufactured by tech corp KSI founder Joshua Joyce (Stanley Tucci) using the fallen Megatron as a blueprint. But it isn’t just these synthetic Transformers that the Autobots led by Optimus Prime (voiced again by Peter Cullen) have to contend with; their creator has apparently sent a bounty hunter Lockdown (voiced by Jack Ryan) after Prime, the former of whom has forged a shaky alliance with the shady CIA official Harold Attinger (Kelsey Grammer) to capture Prime in exchange for an elemental device known as the Seed.

Caught in the middle are Texan Cade Yeager (Wahlberg), his 17-year-old daughter Tessa (Nicola Peltz) and her boyfriend Shane (Jack Reynor). Cade finds himself caught in the government conspiracy to destroy the Autobots when he brings home an old truck he finds inside a rundown movie theatre that he had intended to strip down to sell its parts for cash, but also becomes the one who nurses Optimus back to health to rendezvous with the rest of the Autobots - Bumblebee, Hound (John Goodman), Drift (Ken Watanabe) and Crosshairs (John DiMaggio). Of course, his intentions aren’t all altruistic – Tessa is unwittingly separated from her father when Lockdown sends Optimus packing for space, so Cade springs into action to save his daughter.

If you find yourself struggling to understand the intricacies of the plot, well you don’t necessarily need to try. Its purpose as always is to serve as narrative glue for the plentiful action sequences, which are undoubtedly the highlight of the whole enterprise, and boy do these really pop off the screen. The Autobots’ raid on the KSI Headquarters in Chicago at the 40-minute mark powers the film’s momentum like a locomotive that doesn’t stop, moving swiftly and seamlessly from within the futuristic building to the freeway where Galvatron and Stinger are first mobilised into battle and then over the skies of Chicago where Optimus – as well as Tessa – are taken on board Lockdown’s spacecraft.

Bay doesn’t quite do intimate, but even on his level, there is an undeniable ambition in the sheer scale of these sequences. More so than in any of his previous movies, his signature traits of wide panning shots and slo-mos work beautifully to give the audience a sense of the extent of the destruction going on all around – one particularly awesome sequence has Prime and Bumblebee juggling Cade, Tessa and Shane as they leap over a flyover to avoid Galvatron’s missiles. The folks at ILM have also truly outdone themselves this time; not only are the visual effects nothing short of stunning, the detail with which they manage to execute the ‘Transformations’ is doubly impressive, especially when seen up close on the IMAX screen. And on his part, Bay holds his camera steady most of the time, avoiding the jitters that marred the viewing experience especially on the first two movies.

You’re probably wondering why we haven’t yet mentioned the part of the action in Hong Kong, or more accurately parts of China, which feature more prominently than one would expect. Unfortunately, those expecting the action on this side of the globe to dazzle will probably come off a little disappointed. Compared to that which unfolds in the first two-thirds of the film, this last stretch feels significantly more uneven. In lively verisimilitude, Bay unfolds the action alongside both Hong Kong’s gleaming skyscrapers as well as its grimy tenement buildings; but the transition from one to the other lacks the fluency of the earlier sequences. Not that we don’t get a kick out of seeing familiar Hong Kong locales experiencing a touch of Bay-hem, but it isn’t quite so jaw-dropping as some of the ones that precede it. Nonetheless, this is also where the Dinobots first make their appearance, and Optimus’ riding into war atop a fire-breathing Gimlock still is a sight to behold.

And yes, like what we said before, the ‘Transformers’ movies have always been about excess and spectacle; on both counts, Bay delivers tremendously. You’ll feel right there in the heart of the action, and might we say, have your heart in your mouth more than half the time. Wahlberg is also a much more solid human anchor than LaBeouf ever was, though the same cannot be said of Peltz or Reynor. Optimus is even more compelling than in previous instalments, more jaded and simultaneously more decisive in both word and action; and though Bumblebee gets less of the spotlight this time round, the focus on Hound, Drift and Crosshairs makes for a slightly more ragtag but also more interesting dynamic between them. But as always, this is meant to be summer popcorn entertainment, and you’ll be glad to know that ‘Age of Extinction’ will probably leave you wowed.

(The best ‘Transformers’ film yet, this reboot has a better lead actor in Mark Wahlberg, a more interesting character dynamic between the Autobots, and even more breathtaking excess and spectacle) 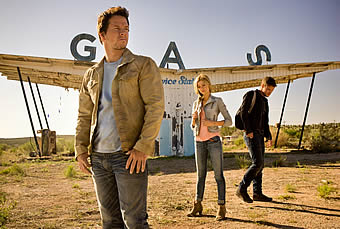 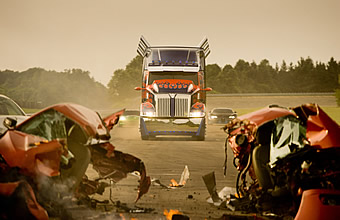 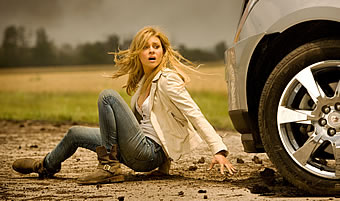 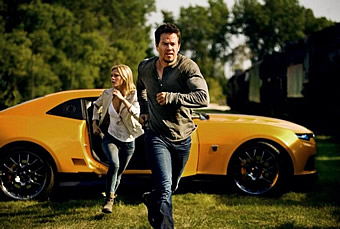