Synopsis:  In the highly anticipated next chapter of the blockbuster The Twilight Saga, the newfound married bliss of Bella Swan (Kristen Stewart) and vampire Edward Cullen (Robert Pattinson) is cut short when a series of betrayals and misfortunes threatens to destroy their world. After their wedding, Bella and Edward travel to Rio de Janeiro for their honeymoon, where they finally give in to their passions. Bella soon discovers she is pregnant, and during a nearly fatal childbirth, Edward finally fulfills her wish to become immortal. But the arrival of their remarkable daughter, Renesmee, sets in motion a perilous chain of events that pits the Cullens and their allies against the Volturi, the fearsome council of vampire leaders, setting the stage for an all-out battle. The suspenseful and deeply romantic Breaking Dawn continues the epic tale of supernatural fantasy and passionate love that has made The Twilight Saga a worldwide phenomenon.

At this point in the franchise, you either get the appeal of the ‘Twilight’ phenomenon or you don’t – so if you’ve found yourself being a Twi-hater instead of a Twi-lover, then there is little in this concluding chapter that will change your mind. That is despite the fact that director Bill Condon’s finale surpasses his previous instalment for the honour of being the very best of the series – and contrary to what many reviewers may say, that really isn’t a low bar to clear.

We’ll start by unabashedly admitting that we loved every moment of Bella and Edward’s union in marriage from ‘Breaking Dawn – Part 1”; not only did it mark the culmination of their love for each other, but it also gave sweet closure to Jacob’s love for Bella. And with a high-note ending of Bella’s childbirth and concomitant transformation from human to vampire, this second-parter would not only have to top the romantic climax of its immediate predecessor, but also equal its emotional intensity.

But screenwriter Melissa Rosenberg (who has adapted every one of the books for the big screen) shrewdly adopts a different tack – here, instead of emulating the same emotional beats as part one, she injects a newfound urgency into the movie by centreing it on the protection of one’s loved one, the latter being Edward and Bella’s daughter Renesmee (Mackenzie Foy). It isn’t just Edward and Bella’s fight however; that struggle is also Jacob’s, who at Renesmee’s birth had imprinted on the half-human and half-vampire being and is therefore destined to be her soulmate when she grows up.

That threat to Renesmee's survival comes from the Volturi - the powerful coven of aristocrats that enforce the laws of the vampire world – whose leader, Aro (Michael Sheen), believes that the Cullens have violated an ancient covenant by giving birth to an “immortal child”, a born vampire lacking in self-control and therefore posing a threat to the carefully hidden race. Truth is, Renesmee is not – so the Cullens assemble both friends and distant relatives to testify to the Volturi that the child is in fact mortal, or fight them if necessary.

Never has there been so much momentum in the storytelling even before the climax unfolds, but when that much-touted battle between the Cullens and the Volturi begins on a snowy open field, the unexpectedly fierce clash of fangs and fur is a truly unexpected exhilaration in itself. Without a doubt, that sequence sure to set your heart racing is alone worth the price of admission, easily the most adrenaline-pumping vampires versus werewolves confrontation that the entire series has ever put on display.

But it’s not just about seeing the fantastic albeit bloodless decapitations; rather, one feels acutely the anxiety of Edward and Bella over Renesmee’s survival as much as the camaraderie among the Cullens, their vampire allies and their wolf friends, accentuating how viscerally exciting it is to watch the epic and exceptionally staged showdown. Without giving anything else away however, we’d warn you of the twist ending that might seem like a cop-out at first but becomes all the more logical once you have more time to think about it.

It isn’t just the action that invigorates the movie; right from the get-go, Condon demonstrates how self-aware he is that the material skirts so close to parody. Guess what? He plays right along. Want to see Taylor Lautner shirtless? Well, there’s a scene where he strips down to his knickers in front of Bella’s dad to show the latter his true nature. Want to see the vampire couple making love? There’s a tightly shot sequence of closeups that ends with Bella uttering cheekily to Edward, “You really were holding back before”.

At least before the movie turns gravely serious to address the conflict between the Cullens and the Volturi, it knows how to just have fun. There is more humour in general and less of Bella’s mopey voiceover that was an easy target for critics of the previous movies. Even Kristen Stewart and Robert Pattinson are quite possibly at their most confident and assured in their respective roles, radiating an easy-going chemistry with each other - in particular during the first half-hour of the movie where Edward helps Bella to learn the tricks of being a vampire.

Ironically, it seems that the prospect of playing these characters for the last time has given both Stewart and Pattinson reason to take it easy – and with that is gone the affectedness which the acclaimed teenage stars were accused of. Through both ‘Breaking Dawn’ instalments, Condon elicits organic performances from his teenage cast (including Lautner) instead of confining them too strictly to the mould cast from the Stephenie Meyer books.  Yet the most unhinged of performances still belongs to the veteran British actor Sheen, who brings gleeful malevolence to his returning role as Aro next to the puzzlingly unremarkable Dakota Fanning.

And when the snow eventually settles for our beloved protagonists to get their happily ever after (of which there was never any doubt), Condon offers a nice recap of the most memorable moments throughout the five movies. Stripped of excesses, that best-of romantic sequence set to Christina Perri’s ‘A Thousand Years (Part 2)’ is certain to melt the hearts of Twi-hards. It’s a reminder of the kind of love that existed between Edward and Bella, the same reason why fans were so enchanted with the ‘Twilight Saga’ in the first place.

In closing, Condon uses a lengthy roll call to singularly name each and every one of the actors who have played any sort of significant role in the series, complete with an onscreen metaphor of the turning of the page. As this chapter closes, we’re glad to say that ‘Breaking Dawn – Part 2” caps an unprecedentedly successful series at a winning high – and in between this and the inevitable reboot some years down the road, what’s clear is that love in its purest, in its most passionate, and in its most devoted - the same love reflected in ‘Twilight’ and the very raison d'etre of its success - is still the love we seek forever and always.

(Capping the phenomenally successful franchise on a winning high, this second-parter of the concluding ‘Twilight’ book is the best-acted, most entertaining, and most exhilarating that any of the films have ever been) 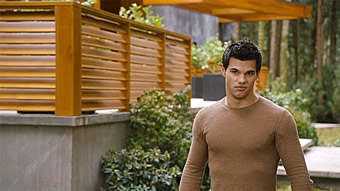 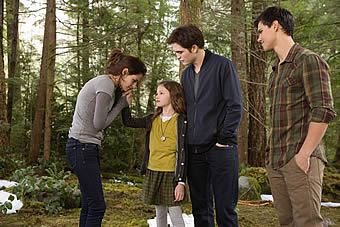 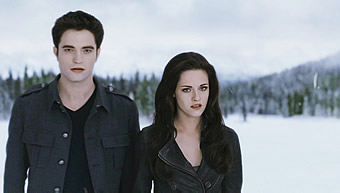 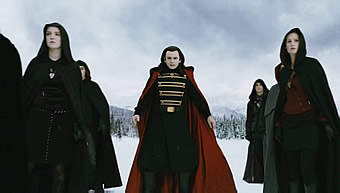 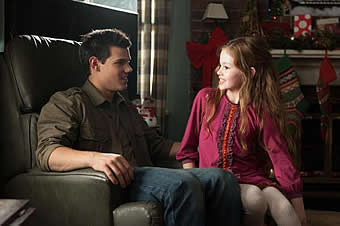