Synopsis:  GONE tells the story of Jill Parrish, who discovers that her sister Molly has disappeared. Jill is convinced that Molly has been abducted by the same serial killer who, a year before, pulled Jill from her bed and threw her into a bone-filled hole in the woods. At sundown, when the killer came down into the hole to butcher her, Jill escaped. Jill goes to the police for help, but they don’t believe her. So when she reappears with a wild story about her sister’s abduction, they send her home. Jill threatens to track down and kill the man herself. Armed, Jill embarks on a break-neck rider, discovering clues that she believes are leading her to the killer. When the sun sets and the police close in on her, Jill finds herself driving deep into the wilderness to meet a man she believes is the killer. Is Jill mentally ill, chasing shadows, or will she rescue Molly before it’s too late? The answer lies in a hole in the woods.

Chances are relatively high that a film is likely disastrous if film reviewers aren't given a chance to sneak a peek, and if that in the US is any indication, then Gone just fulfilled a self-prophecy, especially when the trailer seemed to suggest a psychological thriller that could go either way, but leaning toward something that's a bit of a formula and belonging to B-grade genre territory. However, this film by Brazilian director Heitor Dhalia does pull some nice surprises once in a while, although the story by Allison Burnett is still laden with the expected loopholes.

Amanda Seyfried continues to expand her filmography by starring in a film that apes to be a female version of The Fugitive, although the cops chasing her aren't really of Tommy Lee Jones' pedigree. Dismissed by everyone as a nutcase given her psychiatric history, and unproven abduction by a stranger who pulled her out of a bed and into a hole in Forest Hills, Seyfried's Jill leads a semblance of a normal life thanks to an unbreakable bond shared with her sister Molly (Emily Wickersham), herself a recovering alcoholic, where the two girls live out in the suburbs and look out for each other. Things go all topsy turvy when Molly disappears, and Jill is quite adamant her abductor is back and in a case of mistaken identity, captured her sister instead.

Or so we're led to believe. With the background shared, and Jill's really jumpy, aggressive behaviour toward everyone, especially the cops, there may be some truth that she may be facing a relapse of a mental condition, or if we explore how cinematic crazies behave, Seyfried seemed to have somewhat nailed it, and you'd go into full conspiracy theory mode that she could be imagining the entire episode - her own and that of her sister's, or worst, perhaps her sister could be a figment of her imagination. Or how about proving everyone wrong by going through the whole nine yards and finally coming up with some proof? Dhalia plays with the audience successfully by keeping some cards under his sleeve, and pulled out a limited number of aces that will catch the complacent amongst us offguard.

The narrative moved like an investigative drama, with Jill being the unlikely detective jumping from lead to lead, and very good ones at that, which only happen in the movies since everything developed in under a day. Clues got left unadulterated, and led to other more conveniences either in the form of chatty witnesses who were extremely accurate and descriptive, and to more clues being left out in the open, ripe for the picking. Everyone seemed to be more than glad in helping the wide-eyed blonde who can conjure up tales in a flash, which of course plays up the prowess of her imagination.

But as the suspense built, the tables got turned, and a glaring loophole somehow spoiled the good work done in the first two acts. The real message in this story however, must have stemmed from some experience dealing with inept policemen in the Portland police department, and got an axe to grind. Every single one of them in the film got outwit by a teenager with plenty of baggage, and got made to look silly, from the refusal to go all out to bring in someone considered armed and dangerous, with investigative skills that really demonstrated zilch to procedures, knowledge and know-how. Fronted by Sergeant Powers (Daniel Sunjata) and new transfer to the homicide department Peter Hood (Wes Bentley), they epitomizes those in the force who talk a lot, flex a lot of muscle, but ultimately having their incompetence exposed, and have nothing to show for in their investigations and capability.

With cops like that, who's keeping the faith on law and order?

(It's the revenge of the loony fugitive) 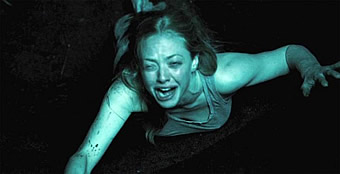 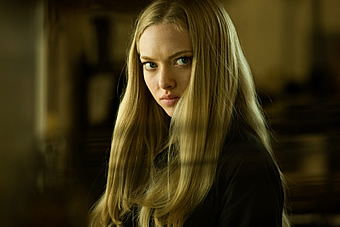 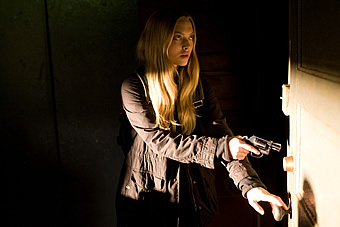 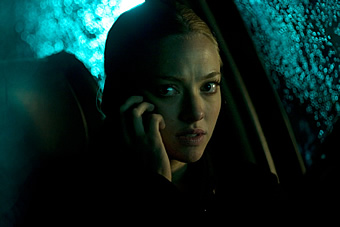