Synopsis: Sean is an overconfident rookie in Stealth Riders, a secret police unit consisting of the best drivers in the force that targets against underworld racing and fugitives on the run. Jensen is a legendary escape driver for criminals, who had never been caught before his retirement 15 years ago. When Sean chances upon Jensen out of the blue one day, he thinks his day has finally come.

The classic tale of a veteran cop teaching a young rookie the ropes of the job gets a stylish and at times exhilarating twist in Soi Cheang’s long-delayed ‘Motorway’, a movie that aims for ‘Fast and Furious’ thrills delivered in the understated cool of ‘Drive’. It is an intriguing combination to say the least, set against the distinctive backdrop of Hong Kong with its skyscrapers, neon lights and winding Peak roads and cast with two of the best actors from the territory- Anthony Wong and Shawn Yue.

Yue plays the twenty-something brash and hot-headed rookie Chan Cheung, part of an unconventional group of police officers known as the ‘Invisible Squad’. Lo Fung (Wong) is his partner, laidback, nonchalant and waiting for his retirement. Their mission? To masquerade as ordinary drivers in their police-issued Audis and go after those caught speeding on the roads and highways. An early run-in with a cocky driver who gives them the slip shows their differing attitudes towards their job- and Cheung’s disdain towards Fung.

Their dynamic quickly changes when a daring breakout by serial criminal Jiang Xin (Guo Xiaodong)- whom Cheung had taken into custody- of his partner in crime, Huang Zhong (Li Haitao) at the police station leaves the impulsive Cheung biting the dust and almost losing his life. Not only is Fung responsible for saving Cheung’s life, but it comes to light that Fung had once pursued Jiang Xin into the same cul-de-sac and managed to manoeuvre his way out of that very tight corner.

Though Cheung is too proud to ask Fung to coach him, the latter eventually relents after he sees in Cheung a younger version of his own self. The trick is a perfect combination of acceleration, control, steering and patience- each one of these elements useful in their own right when both Cheung and Fung are drafted into a task force formed to apprehend the two fugitives before they strike again. The plotting is that straightforward, but then again, Cheang knows that the story is meant as a device to string together the many and varied car chase sequences beautifully designed by Chin Kar Lok.

And indeed, each one of them is gripping to say the least, eschewing the usual theatrics that Hollywood is too fond of for genuine detail, precision and most of all realism. Flawlessly executed is the film’s first major setpiece, the cat-and-mouse chase between Jiang and Cheung that gets the latter into the tight spot in the first place- and Kar Lok never lets the baton drop as the action shifts up onto the narrow winding roads leading up and down the Peak and finally to the iconic roads around the Sheung Wan and Central areas.

It’s an exhilarating ride once the gears start pumping, with both Kar Lok and Cheang consummate drivers in keeping the tension and excitement impeccably calibrated to keep their audience on the edge of their seats. Their dedication to ensure that every one of the car chases feel authentic is truly admirable, with Cheang and his cinematographers Yuen Man Fung and Kenny Tse shooting most of the action guerrilla style without the proper permits that they probably would not have gotten.

Given the adrenaline rush it delivers, it’s easy to overlook the performances of Wong and Yue. Wong’s role as the reluctant mentor is archetypal, but he brings class, charisma and coolness to the role that few actors in Hong Kong can. Next to Wong, Yue is at his assured best playing the impetuous newbie who progresses from naivety to maturity. There is a low-key chemistry that Wong and Yue share, and their scenes together ooze machismo like the best Milkyway Image genre productions do.

It should come as no surprise then that ‘Motorway’ indeed comes from that Hong Kong factory of cool- produced by Johnnie To and featuring a whole list of To regulars from supporting actors Josie Ho and Lam Kar Tung, to composers Xavier Jamaux and Alex Gopher, and last but not least to editor David Richardson. This is easily Soi Cheang’s classiest work to date, the director better known for gritty stuff like ‘Dog Bite Dog’ and ‘Shamo’ maturing into one of style and finesse under the tutelage of To.

‘Motorway’ may seem like Hong Kong’s answer to Hollywood car-chase thrillers, but its ability to deliver adrenaline-pumping thrills with its own signature of cool is what sets it apart and makes it one of our favourite movies of the year. 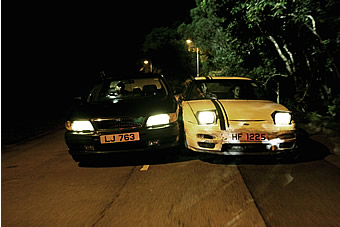 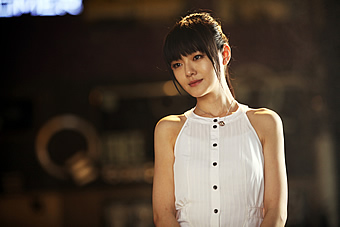