Synopsis: On the hottest day in 50 years, in the density packed urban centre, a serious fire incident happened to a busy commercial tower because of an unexpected phenomenon known as “flashover”. As the fire burned their conscience to the ground, those who lacked passion in their life were about to meet a gaggle of firefighters with an indestructible enthusiasm to save lives.

Following the example of the Koreans, Hong Kong’s sibling director duo Oxide and Danny Pang set a skyscraper on fire for their sophomore stereoscopic movie after 2010’s ‘The Child’s Eye’. While Kim Ji-hoon told his disaster tale ‘The Tower’ from the perspective of the people trapped within the building, the Pangs’ have chosen to emphasise the heroics of the firemen who are prepared to place their lives on the line - in no small measure with the help of the Guangzhou Fire Department, who lent men, trucks and other equipment for the filming of this movie.

It is within that department where the film’s two lead protagonists, Tai Kwan (Lau Ching Wan) and Keung (Louis Koo) find themselves at the beginning. A prologue establishes their disparate personalities - while Tai Kwan emphasises procedure at every turn, Keung doesn’t let that get in the way of plain simple human empathy - and sets them up as estranged siblings four years after Keung fails Tai Kwan's own training exercise. Reprimanded for not following the book and in turn jeopardising the safety of his men, Keung has since resigned from the service to set up his own company in the lucrative business of fire security.

As narrative clichés would have it, Keung would open his office in the same spanking new building as Tai Kwan’s wife Si Lok’s (Angelica Lee) gynaecologist, and that fateful day sees Keung launch his official opening just as Si Lok pays her doctor a visit. It doesn’t take a genius to figure out that by the end of the calamity, both brothers would have reconciled their differences; ditto for Tai Kwan and Si Lok’s marital tension, that stems from the former paying too much attention to his work and too little attention on her.

Although the sibling rivalry takes centrestage, other supporting characters also get to resolve their outstanding issues amid the burning flames - a couple (Johnnie To regular Eddie Cheung plays the husband) whose negligence gets them separated from their young daughter (Crystal Lee from ‘Unbeatable’) has to find their way back to her; Si Lok’s gynaecologist (Mainland actor Chen Sicheng) gets his shot at redemption after he chose to ignore said young girl’s pleas for help while trying to save himself; and a pair of opportunistic diamond cutters have to choose to rise above their greed if they are to make it out alive. Yet even if these read like compelling stories, the script (credited to the late Szeto Kam-yuen, as well as Nicholl Tang, Danny Pang, Oxide Pang and Ng Mang-cheung) is no better than soggy melodrama, little of which rings true despite the pedigree of actors assembled.

Once again proving that the Pangs are better visual artists than storytellers, their latest is all about spectacle built on some tight action sequences neatly choreographed by Hong Kong vet Dion Lam. From climbing up a single floor on just a window ledge to balancing on the arm of a construction crane to jumping more than 10 stories down into a flooded elevator shaft, Lau Ching Wan and Louis Koo gamely give their physical best to a movie which arguably asks for little more. Indeed, it is in these sequences where the Pangs’ gift for wringing fear, tension, suspense and dread out of their audiences is at its best, no doubt honed from their years of experience in the horror genre.

The Pangs also use stereoscopy to their advantage, the additional dimension here not only accentuating the vertiginous thrills but also adding depth to the scale of the blazing inferno. More so than in ‘The Child’s Eye’, the 3D photography is less a gimmick than a competent technique to draw their audience into the unfolding disaster, complemented in no small measure by the convincing CGI effects which replicate the undulating waves of fire above and below one’s feet. If this is the Pangs’ attempt to show that they can do as good as their Hollywood or even South Korean counterparts, they certainly have accomplished their goal.

And yet such is a distinction the casual viewer will probably not care much about, especially when their entry in a long line of such disaster movies lacks engaging characters or a compelling narrative to count itself among one of the better ones. Yes, Lau’s fans will inevitably compare his role to that in To’s ‘Lifeline’ - in which he had also played a fireman - and lament how on the whole the latter film remains more memorable. After all, the fulfilment one gets out of watching such films comes from celebrating the human spirit for compassion and courage in the midst of chaos - so despite some well-staged gripping moments, a movie that fails to let its viewers experience such visceral release is pretty much trapped in its own flames. 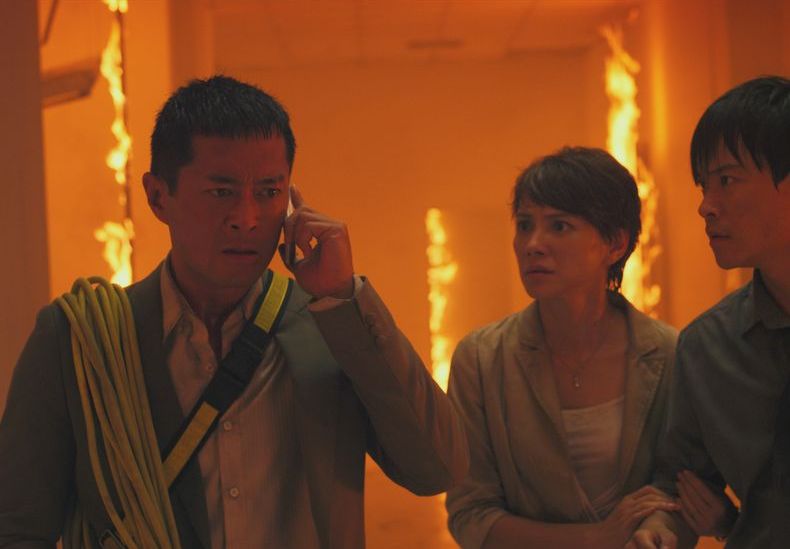 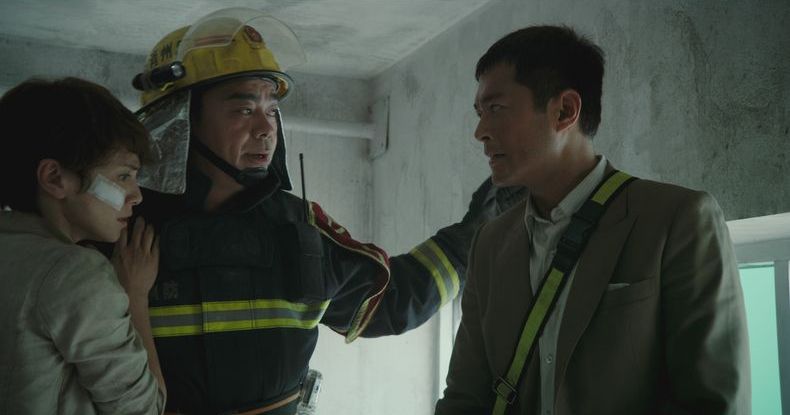 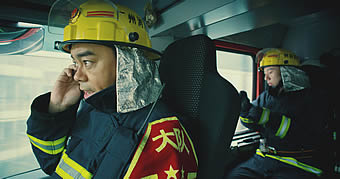 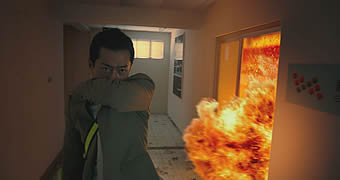