Directed by Lone Scherfig (director of An Education, Academy Award-nominated for Best Picture), the motion picture One Day is adapted for the screen by David Nicholls from his beloved bestselling novel One Day. After one day together - July 15th, 1988, their university graduation - Emma Morley (Academy Award nominee Anne Hathaway) and Dexter Mayhew (Jim Sturgess of Across the Universe) begin a friendship that will last a lifetime. She is a working-class girl of principle and ambition who dreams of making the world a better place. He is a wealthy charmer who dreams that the world will be his playground. For the next two decades, key moments of their relationship are experienced over several July 15ths in their lives. Together and apart, we see Dex and Em through their friendship and fights, hopes and missed opportunities, laughter and tears. Somewhere along their journey, these two people realize that what they are searching and hoping for has been there for them all along. As the true meaning of that one day back in 1988 is revealed, they come to terms with the nature of love and life itself.

There are love stories, and then there are love stories that rely on gimmick over emotion since romantic diehards would have seen them all, from the most heart-wrenching to the most bizarre, that it's hard to find oneself not repeating material already covered by others. One Day, based on the novel by David Nicholls who was also responsible for the screenplay to ensure canonical, approved deviation from the book where necessary, is centered around two firm friends who spend a chaste night together straight after graduation, and drop into and out of each other's lives over the course of 20 years. Which means what you're about to experience is little more than a snapshot of St Swithin's Day on July 15 starting from 1988.

Directed by Lone Scherfig, who was also responsible for the sleeper hit An Education that put Carey Mulligan on the star map, One Day features Anne Hathaway and Jim Sturgess in the aforementioned roles of Emma and Dexter respectively whom we follow over two decades and witness just about the ups and downs in their professional and love lives, like good friends in the know about another's highs and lows in a dead end job while aspiring to be something else, and being privy to a number of private moments about relationship woes. Both Dexter and Emma exude an attraction for the other, but in a series of cruel missteps never really took their firm friendship to another level, and that serves as material to keep the narrative going.

Sure, some of us would rather stay platonic with the opposite sex for fear of complicating what we treasure most, and risk losing someone trusted and valued should things not work out in the end. And in the story of Dexter and Emma, practically every scene, told in episodic fashion like the chapters in the book which cover year on year, reminded us of how well they would have suited each other, although they could be at each other's throats should they have met more than once in every year, or at least that's what we're allowed to see. This puts you in the driver's seat in crafting the nitty gritty details and filling in the blanks in between the other 364 days of someone else's life, imagining how they would be like since the filmmakers and novelist provided a very stingy less than one day kiss and tell detail.

But that only applied to the relationship between the lovers. There were a lot more other relations in the film that unfortunately took too much of a back seat and never really got featured prominently, especially the parental one between Dexter and his parents (played by Patricia Clarkson and Ken Stott), which got really fast forwarded and didn't allow the proper gestation of a subplot about loss to deepen. Significant time also got spent in dealing with Dexter and Emma's romances with other significant others, where once again it's left to chance to come and mess things up big time, although for the story, this serves as a benchmark to be measured against since true emotions got bottled up, and substitutes were hardly up to mark on the emotional front. And trust me with Sturgess and Hathaway in form we know just about what their true intents are even if the characters they play are in denial.

It's a film about coming together, carpe diem, of bonds forged between best of friends that allows you to know who are those that can be counted to lend a shoulder to cry on. You can be a strapping young jock or a senior citizen enjoying the twilight of one's years, and there will be an incredible amount of satisfaction gained, especially when the moments in the film are so easily identifiable with. The attention to details is what made this film stand out against mediocre romantic film peers, and the span of the story allowed for just that to happen, against very subtle background changes. Check out the extremely meticulous art direction to capture the milestones in the different years, from fashion sense to household appliances. Then there are the songs from the film's soundtrack, that provides a trip down memory lane for anyone growing up in the 80s and 90s.

One Day captures everything magical about finding that special someone to connect deeply with, and despite its one trick pony plot device, managed to serve up something quite expected as far as plot development in a romance goes, with the usual boy-meets-loses-reconciles-with-girl cyclic development. The two leads of course share remarkable chemistry to lift this above average since it conjures no surprises as far as stamping its ambition to be amongst the greatest of love stories.

(Glimpses that leave you wanting more) 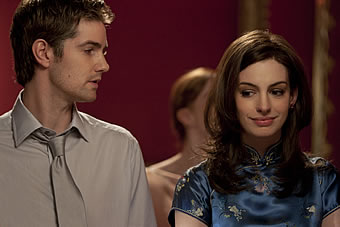 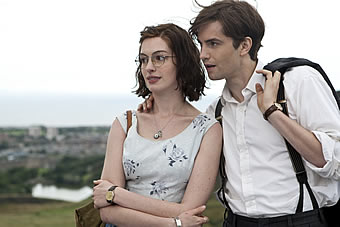 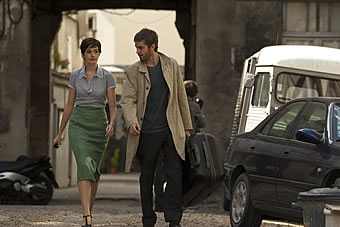 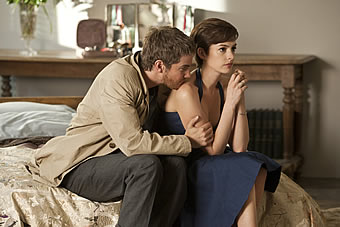 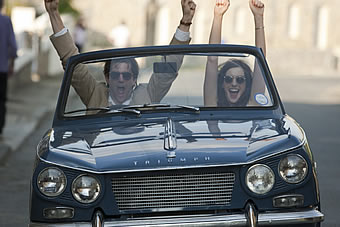 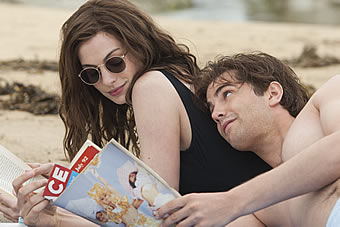