Synopsis: In the new century, we record, post, and comment on every second of our lives, sharing our every emotion and opinion with the world, no matter how mundane. But for three young men, the chronicle of their ordinary lives is about to take an extraordinary turn.

Mention the sub-genre of the Found Footage, and you'd probably get a couple of groans from quarters who abhor the nausea inducing shaky cam, with good looking cardboard characters fleshed by actors who can't emote, and a plot that's about a wafer thick, erm, thin. And what probably made it worse is the fixation that this genre can only poke around monster flicks, or touch on horror and the supernatural. Chronicle is set to blow your mind if you'd give it a chance, and it just about demolishes all the fore mentioned reasons through its technical and narrative strengths.

Written by Max Landis and Josh Trank with the latter taking on directorial responsibilities as well, Chronicle is now the poster boy for the Found Footage, or rather the Assembled Footage flick where a story is told not just primarily from a single point of view, but adopts from the real life proliferation of how a story or incident can just about be covered from multiple viewpoints thanks to the multitude of mobile video capturing devices that's prevalent in society these days. The film had taken what the Paranormal Acitivity sequels and [REC]2 film had done to expand upon their respective mythos by adopting multiple points of views, and here slowly expands upon the single viewpoint, to that of another camera, before finally unleashing its statement of how there's no longer such a thing as privacy with everyone armed with a recording device, ready to shoot and capture just about every strange occurrence that happen in their lives.

And a strange finding was the catalyst for this film, where a foreign object found buried deep within a cratered tunnel took three teenagers into what would be the journey of their lives. Cousins Andrew Detmer (Dane DeHaan) and Matt Garetty (Alex Russell), together with their friend Steve Montgomery (Michael B. Jordan) would discover that they were inexplicably blessed with powers of telekinesis, and through time harness their powers to be able to progress from moving Lego blocks about, to manipulating matter that would enable them powers of flight. Think Jedi Force powers if you'd like, and imagine the sheer scale of things one can accomplish with just about the power of thought. And given that they're teenagers, naturally the tendency to fool around would be there as they, and we the audience, discover the extent of their new found abilities, and with that comes a set of rules they bound themselves to and operate from, that you know are just there to be broken.

There are many aspects of Chronicle that made it work, and work well. The special effects were never too showy to bring attention to themselves, and stuck to the familiar so that audiences can be hooked on right away in this compact 83 minute film. Technical issues were explained away with sense, such as the reason to begin with a camera shooting or documenting one's life, and then continuously over one's shoulder. Best of all, it had a perfect reason to eliminate the shaky cam as early as it can, to put off nausea so that you can focus on the story, which mattered the most.

Max Landis and Josh Trank had tapped upon well known superhero lore, and ensured that the spirit of these well known, well talked about stories found their way into Chronicle. For instance, "with great power comes great responsibility" may be overused, but adapted here very religiously since the characters, all teenagers as is the protagonist from which that tagline came from, have to grapple with what exactly they want to do with those powers. And the writers' characterization in having three distinctly different personalities serve this purpose, having Steve the extroverted, showy Class President wannabe, Matt the most even-keeled of the lot who doesn't feature too much at first being probably the most matured of the lot, and his cousin Andrew, a bullied introverted kid, the loner with a problematic family life with a mom who's chronically ill, and a dad who's constantly drunk and abusive.

And monkeying around with powers for popularity isn't something far fetched, since our friendly neighbourhood wall-crawler was into showbiz before tragedy woke him up to serve a greater calling. So too do the characters here end up in playing the clowning illusionists until darker themes got explored, with the notion of absolute power corrupting absolutely finding its way as poison into one's youthful impressionable mind. But what I totally enjoyed about Chronicle's story, is its suggestion and tackling of the much explored superhero fantasy of the What If, dealing with how nurture plays a huge role in a powerful being's decision to do good, or evil. Like in Jor-el's case, how a Superman can live up to the ideals of Truth and Justice had he not been nurtured by the Kents in the small town of Smallville, but say being brought up by the Luthors, or landed not in a small farm in Kansas, but elsewhere.

Having three characters each taking on a different path of heroism, or anti-heroism, is what makes the film a triumph even amongst the standard fare of superhero film offerings. This exploration provided Chronicle its narrative punch as it balances strong emotions amongst the characters, well acted within the spectrum of emotions capable of its young actors, with a payload that rewards the audience who are looking for an effects extravaganza, containing what would be very reminiscent and a homage of sorts to Superman II's Metropolis brawl, only done many times better with today's technology. And its shifting narrative viewpoints also provided a story that's a lot more ambitious in spectacle, but got pulled off wonderfully exploiting the genre it finds itself in.

Just when you thought Found Footage was only about horror and wonder if there's anything fresh that can be added into something so done to death, here come Josh Trank and Max Landis whose sheer imagination and creativity offered Chronicle as a watershed of what potential this sub-genre can hold if one were to dig deep for stories that perfectly blend action, drama and special effects. Don't miss this on the big screen! 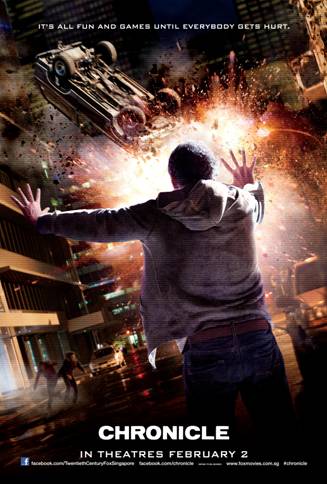 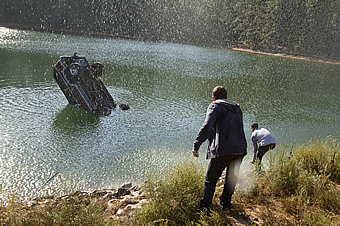 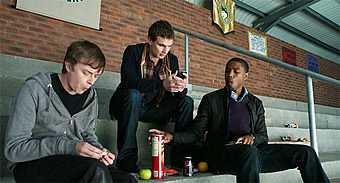 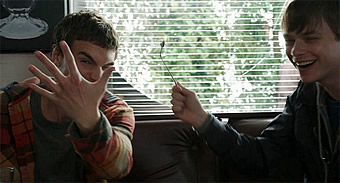 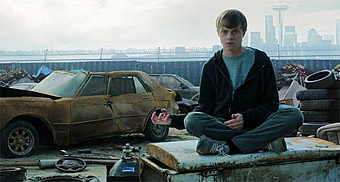