Synopsis: Jack and Jill is a comedy focusing on Jack Sadelstein (Adam Sandler), a successful advertising executive in Los Angeles with a beautiful wife and kids, who dreads one event each year: the Thanksgiving visit of his identical twin sister Jill (also Adam Sandler). Jill’s neediness and passive-aggressiveness is maddening to Jack, turning his normally tranquil life upside down. Katie Holmes plays Erin, Jack’s wife.

I guess this is a phase and rite of passage that every male comedian will go through like a mid life crisis, with the likes of Robin Williams becoming the matronly Mrs Doubtfire, Rob Schneider becoming The Hot Chick, and on this side of the world, we have Jack Neo in drag in a number of roles, and Dennis Chew becoming a household name as Aunty Lucy. Or perhaps with the string of mediocre box office results nobody wanted to pair up with Adam Sandler that he has to put on makeup and prosthetics to play his own twin Jill. Written by Steve Koren and Sandler himself based on a story by Ben Zook, there's nothing really standing out in this story except to string a series of trying, laugh-a-minute attempts in showing how an obnoxious twin (which can be substituted by enemy, best friend, dog, etc) comes into the life of the other and ruining it from Day One, with everyone around the victim advising tolerance. I suppose that's the message here, with blood being thicker than water and all that, especially someone who shares almost a carbon copy of one's physical appearance. In this case, Jill comes into Jack's life (both twins played by Sandler if you don't already realize) and turning the latter's home and family upside down. To keep it like a Sandler film, Jack's family must be dysfunctional, so he has the most beautiful wife Erin (Katie Holmes) who seem to have problems conceiving (ok, so I made that up) because their kids Sofia (Elodie Tougne) and Gary (Rohan Chand) are strange enough to send chills up your spine that something is fundamentally wrong, and unfunny. In any case Jill gatecrashes like she always does during Thanksgiving, and drives Jack up the wall with her outlandish, loud ways. Which of course opens a lot of doors to physical and practical jokes, with scenes specifically set up for toilet humour if one is a fan of these things. While I have to admit there were scenes that were genuinely funny in parts, these were rare, and most of the time you're left wondering why the story isn't really going anywhere, not that a film like this needed one, but you'd realize that a Sandler film normally has a direction it sets itself up to go to. Director Dennis Dugan, who has plenty of experience with Sandler films from Happy Gilmore all the way to Chuck & Larry, Zohan, Grown Ups and Just Go with It, could have done better than just slapping scenes together that seemed reluctant to let go of humiliating both the Jack and Jill characters for the sake of bad humour. Jill wants to find romance, while Jack wants to hold onto his largest customer account in Dunkin Donuts, which insisted on Al Pacino starring in their latest ad promoting "Dunkicino" (whatever that is), and Al Pacino taking on a romantic fondness for Jill. Connect the dots, and you have the story. But wait, did I mention THE Al Pacino? The Al Godfather Pacino? The Al Pacino who made you say hello to his little friend the tommy gun? What is Al Pacino doing here??? (added punctuation for shock and bewilderment). You cannot help but to weep and wonder whether Pacino has tremendous bills to pay that he has to star in the film like this one, or owed someone such a huge favour that he has to parody himself to make amends. Yes, you read that right, he stars as himself, not as a character, but himself. I can imagine that he's wondering how peers like De Niro made the smooth transition to comedy, and probably wanted to try his hand at the same, but seriously, it's a bad career move. In fact it's a disaster that when the piece de resistance of his presence, that near impossible Dunkin Donut ad came to fruition, you'll probably feel sad for Pacino and wonder how he can singlehandedly trash his entire filmography with such a trashy performance that is so bad it's going to be more memorable to audiences than his Michael Corleone outings. And to have his loins spurred for Jill? Oh my goodness. The only redeeming factor is perhaps the faux pas interviews with supposedly real twins in the prologue and epilogue, where sets of siblings come out to talk about their other half, and you can feel something real about those banter than everything else that the movie can muster. The only coup the film scored is the casting of Al Pacino, otherwise this is frankly one overlong, tired affair and Adam Sandler really has to dig deep to recover from this dismal effort. And that's coming from a fan.

(This will be funny if Al Pacino was Jill. Really.) 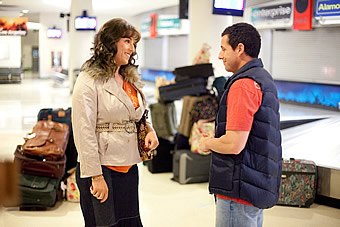 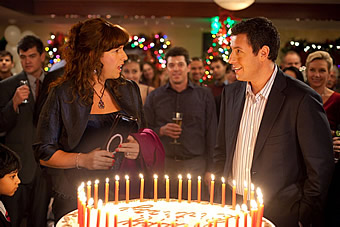 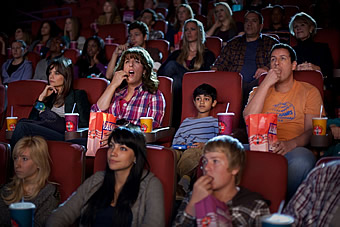 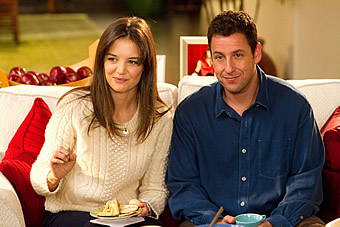 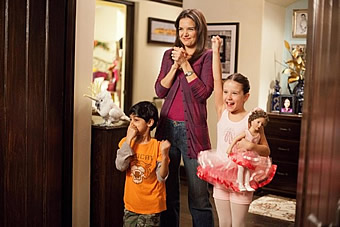