Synopsis: An ex-cop and now wanted fugitive (Sam Worthington) stands on the ledge of a high-rise building while a hard-living New York Police Department negotiator (Elizabeth Banks) tries to talk him down. The longer they are on the ledge, the more she realizes that he might have an ulterior objective.

This is probably the first bona fide, literal edge of your seat stuff to have arrived in theatres in 2012. A man steps out onto the window ledge of a room, and hangs out there while a crowd gathers below, everyone, including us, wondering just what is he up to. If you've not seen the trailers, may I suggest that you don't because it reveals a little too much and gives away some clues that answers the Why, and shows how it all pans out. This is a film for its moments, so you wouldn't want to ruin any surprises.

Sam Worthington has been absent from local screens after his triple slam blockbusters in Terminator Salvation, Avatar and Clash of the Titans, and returns with this average Joe role who's more brains than brawn, an ex-con who wants to leave this world as he entered it - Innocent. His Nick Cassidy doesn't do anything superhuman other than to possess guts to step out on the ledge, although clearly from the onset you know he's a man with a plan, something that Pablo F. Fenjevs' story will reveal in due course, beginning with the calling for a police negotiator Lydia Mercer (Elizabeth Banks) after shunning assistance from her counterpart Jack Dougherty (Edward Burns).

Asger Leth directs his first narrative feature, and packs its fair share of stars into the movie to draw the crowd in. There's Anthony Mackie as Nick's best friend and buddy, Jamie "Tintin" Bell as Nick's brother Joey, Genesis Rodriguez as Joey's girlfriend in what would be a role that Megan Fox could have stepped into, Kyra Sedgwick as a news reporter covering the events that unfold from the ground with her interviews, and Ed Harris playing the token big wig corporate CEO type whom you know features somewhere in the rationale that pushes Nick to step out. Naturally not everyone will get their fair share of 15 minutes, with Edward Burns, himself comfortable behind the camera, being reduced to a needless support role, as does Sedwick's and Harris who do not bring anything unique into the film.

It's still a genre film (I will not mention what lest it spoils the fun) that conformed to a formula, and one cannot deny that the narrative has its fair share of loopholes, and conveniences that you're forced to accept as they happen. On hindsight the entire event will probably fall apart, but take it for what it is, for that existential experience dealing with the now coupled with the urgency of time, then Man on a Ledge will entertain and work, especially with Worthington's charisma reeling you into his backstory, keeping you right there and perched alongside him as a deadly game begins to play out. But both Bell and Rodriguez stole most of the limelight for their somewhat out of place comic repertoire that provided a lift in a potentially stuffy film (just how long can you stretch the premise out?).

But the real message in the film harks back to the Occupy movement and the protests by the majority up against the elite minority. It's about being framed and pushed to a corner just because the rich and the oppressive can, and will continue doing. It's about that cheer for the underdog to get back at the unfair terms being laden on, and how those with authority can be corrupted by the rich and powerful to come up with separate rules in the already uneven ball park. Or in the case of the Elizabeth Banks' role, the message of how the minority get unfairly judged by the majority, in this case in a male dominated workforce, it didn't pass up on an opportunity to battle against sexual discrimination at work, where failures get unfairly amplified, with nobody willing to tolerate another setback, making snide comments all around.

And for that fantasy piece where we can celebrate the spirit and comeback of an unlikely heroes against the odds and go one up against the corrupt establishment, is what gives this movie its deserved rating.

(A roller coaster ride to a nail-biting finish) 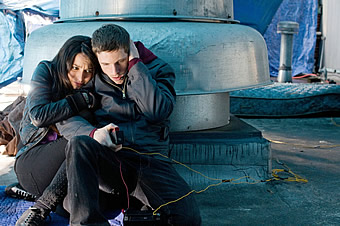 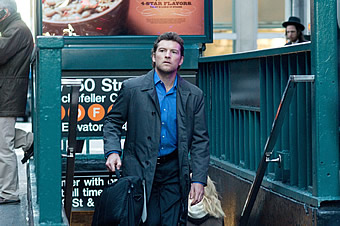 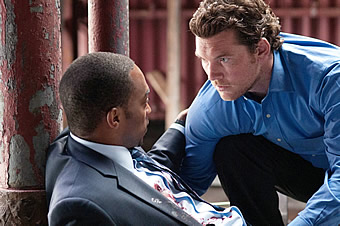 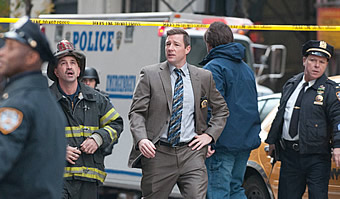