Synopsis:  After the tragic death of his wife and child, famed American author Joseph Crone travels from the United States to Barcelona, Spain to reunite with his estranged brother Samuel and dying father, Richard. However, fate has a different plan for Joseph as his life becomes plagued with strange happenings, and the constant sightings of the number 11. Curiosity quickly turns to obsession, and Joseph soon realizes that this number holds a  horrific meaning not only to himself but possibly to all of religion.  Isolated in a foreign country with only the support of his companion, Sadie, Joseph soon realizes that 11/11/11 is more than just a date, it's a WARNING!

To most come 11-11-11, it will be a day of celebrations given the auspicious (or rather once in a century) nature of having anniversaries like weddings fall on an easy to remember date, but to creative filmmakers, this spell opportunity to rake in some dollars from the box office especially in the horror and thriller genre, where it's a numbers game being played from 1408 to The Number 23 being fairly recent attempts to up the ante on thrills and spills, but falling flat once the cat is out of the bag. 11-11-11 unfortunately doesn't have much to show for outside of this gimmick, and it became an albatross around its neck that it had to drag around for 90 minutes.

The story follows Joseph Crone (Timothy Gibbs), a bestselling novelist with a disdain for religion since the demise of his wife and kid. It takes quite a while for him to move to Barcelona on the request of his brother Samuel (Michael Landes), a paraplegic pastor who brought news that their father (Denis Rafter) may be seeing the last of his days. So we're brought to the European city, if only for its sexy architecture to pepper the film, and learn that the family business is also going southwards due to dwindling congregation numbers. Joseph also begins to become self-aware of the time 11:11, ranging from shadowy fogs observed through CCTV cameras, and things that go bump in the night occuring just around the same time daily.

11-11-11 doesn't work as a thriller nor a horror film, even though director Darren Lynn Bousman had cut his teeth providing follow up sequels to Saw. After all, those films had firmly put the franchise into what would be torture porn, rarely being inclusive of suspense and anticipation, and being more in your face than subtle. And these shortcomings show in this film, with the inability to build suspense, opting for the usual jump scares that just weren't effective. In fact it was a cliche technique that was overused time and again, on characters from demons to the house nurse, that you'll just laugh at its desperation in trying to make you jump at your seat.

Unintentional comedy aside, the many red herrings become too obvious, especially when plot loopholes start to rear their ugly head too often, when there's a big reveal involved that made you realize just how wafer thin the plot is, and illogical as well since there are much better ways to get messages and warnings across. As mentioned, subtlety isn't this film's strengths, and through careful listening of its dialogue the regular horror fan will be able to correctly predict just which way the narrative will go from the mid point, which the limited number of characters in the film will just assist in that process of elimination.

While the presentation may be clunky with large intertitles showing the dates inching towards the titular one - as if to build suspense that doomsday is coming - there are some flashes of technical brilliance, albeit in the rarity, such as the flowing camera work that pans around a scene only to show marked developments when it comes full circle, but these were at best cosmetics trying to cover up the weakness in plotting, and other aspects of the modest production design. It tried to pick up pace in the final act and granted that was probably the best payoff in the film if one hasn't already walked out, but was ultimately let down by cheesy costumes and make up.

And it's sad really, because it had an elaborate, carefully masterminded scheme, and a determined purpose in showing just how people can be hoodwinked through the power of the written word, being witnesses to events that unfold and falling victims to a conspiracy of the few. If only it had a more powerful narrative weaved around it that had gone for the jugular rather than trying to be something that it cannot, and came off as nothing more than an empty gloss. 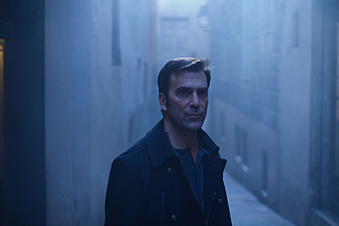 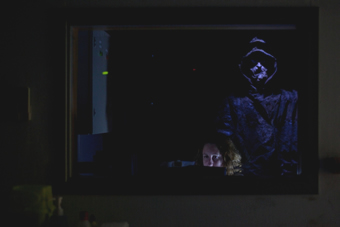 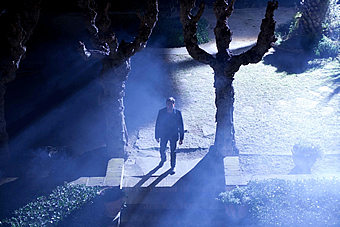