Synopsis: Eons after the Gods won their mythic struggle against the Titans, a new evil threatens the land. Mad with power, King Hyperion (Mickey Rourke) has declared war against humanity. Amassing a bloodthirsty army of soldiers disfigured by his own hand, Hyperion has scorched Greece in search of the legendary Epirus Bow, a weapon of unimaginable power forged in the heavens by Ares. Only he who possesses this bow can unleash the Titans, who have been imprisoned deep within the walls of Mount Tartaros since the dawn of time and thirst for revenge. In the king’s hands, the bow would rain destruction upon mankind and annihilate the Gods. But ancient law dictates the Gods must not intervene in man’s conflict. They remain powerless to stop Hyperion…until a peasant named Theseus (Henry Cavill) comes forth as their only hope. Secretly chosen by Zeus, Theseus must save his people from Hyperion and his hordes. Rallying a band of fellow outsiders—including visionary priestess Phaedra (Freida Pinto) and cunning slave Stavros (Stephen Dorff)—one hero will lead the uprising, or watch his homeland fall into ruin and his Gods vanish into legend. The 3-D epic adventure Immortals is directed by revolutionary visualist Tarsem Singh (The Cell, The Fall) and produced by Gianni Nunnari and Mark Canton, the producers of 300, as well as Ryan Kavanaugh (Dear John, The Dark Fields).

Greek mythology is never going out of fashion on film with interest seen from the likes of a Clash of the Titans remake of an 80s film, a follow up sequel, and an expected franchise from the Percy Jackson series which featured a slate of younger looking Olympian gods and their offspring in a modern day setting, which director Tarsem Singh's film Immortals had seemed to draw inspiration from in keeping his Olympians blessed with a much younger looking facade, despite having waged a protracted war in the prologue resulting in the fallen gods now known as the Titans being trapped within Mount Tartarus, awaiting the fabled day that someone will free them all with the Epirus bow, for them to exact revenge.

In Charles and Vlas Parlapanides' story, Immortals is a mythology loosely based on Theseus and the Minotaur and the Battle of the Titans, and emphasis on loose indeed, based upon an imagined series of events, so you can throw whatever you know about Theseus and mythological references out of the window, save for key highlights. In its bold attempt to really rock the narrative boat and track record, it dived into showcasing an all out war where there are no innocent bystanders, with heavy casualties from the sides of men, gods and titans when they come clashing together, hard. Characters do get knocked off when you least expect them to, and in doing so rewriting what it means to be immortal.

For the main villain King Hyperion (Mickey Rourke), immortality means sowing his seed in the most extreme of fashion, with the killing of expectant mothers, and the impregnation of women in towns his troops plunder to fuel his sick fetish of having almost all of the next generation of humankind bear some semblance to him, while for the hero Theseus (Henry Cavill previewing just how physical his Superman can be), he goes by the principle of being defined in life after death based on the heroic deeds performed in this lifetime. One declares war on the Olympian gods through the search of the Epirus Bow to unleash hell on earth and in the heavens, while the other has to choose to fight on the side of the gods led by Zeus (Luke Evans, promoted from his Apollo portrayal in the Clash of the Titans remake), but having to be turned into a believer first, and then being told to carry out the deeds of the gods without getting any direct assistance from beings of higher powers. Talk about being used.

You may have reservations from the trailer that this may be another Zack Snyder's 300 knockoff eager to cash in on the look and feel of that film given the spluttering developments of a 300 sequel, but the end product and the fight sequences were top notch here, and ensuring one watches this in a hall with a proper sound system set up will pay dividends. The 3D effects were limited to depth of field with no key highlights deliberately planned to exploit any in-your-face moments. But whether digital, 3D or otherwise, credit has to go to the excellent fight choreography and sound design team for really coming up some pretty nifty battle sequences with moves that will draw gasps of admiration for the action junkie, and sound that provided an added dimension to the battles, especially so for any battles involving the gods descending upon earth.

Here's where you'd see references to Synder and 300 made, with action bits slowed down and sped up, with plenty of violence in between from full on decapitation, blades cutting through flesh, and enough scenes of torture no thanks to the character of King Hyperion that can make the staunchest of torture porn fans squeal. Tarsem seemed to really amplify the violence and gore that just about bordered on exploitation, though employing his usual keen sense of visual flair to make them all very wickedly stunning and turning them into guilty pleasures. Immortals had set the bar up high for any other Olympian god movie to follow from their shiny golden armour right down to the sheer power, intensity and speed of executed moves in shock and awe fashion.

The highlights of the film are the battles, with the story in part about the quest for a magical weapon being just an excuse to link the sequences together. The film is riddled with plenty of plot and narrative loopholes, some even transcending space and time that blunts the value of the story, especially when the abilities of gods, titans and even men get blurred. What's more, there were some very incoherent scenes that posed more questions than to move the story forward, leaving behind narrative gaps in its wake, which is a pity since they served as a distraction and will leave one wondering what had happened in the meantime, other than being distracted by Tarsem's sense of style and scale through the liberal use of CG landscapes. 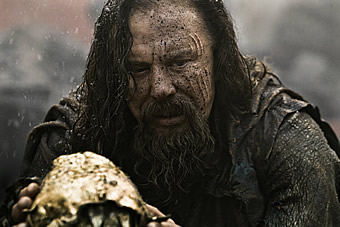 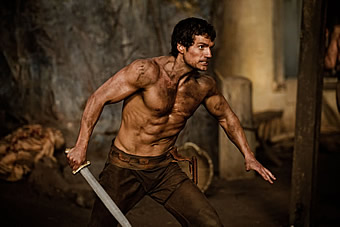 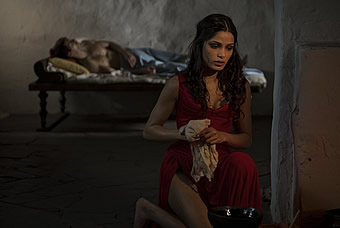 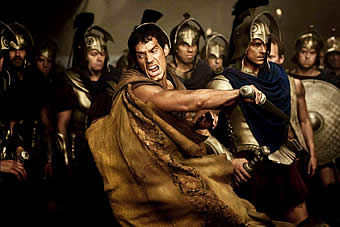 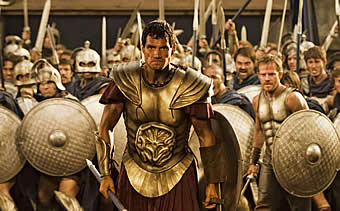 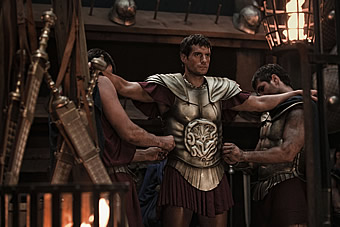